Mothers, don’t let your children grow up to be Nobel Peace Prize winners 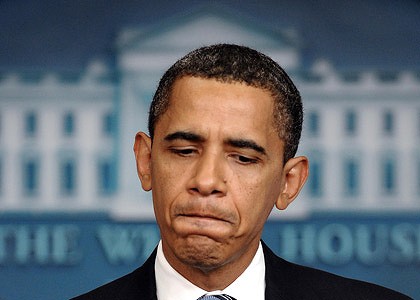 In November I wrote:

Question: How many countries do you have to be at war with to be disqualified from receiving the Nobel Peace Prize?

Answer: Five. Barack Obama has waged war against only Pakistan, Afghanistan, Iraq and Somalia. He’s holding off on Iran until he actually gets the prize.

Well, on December 10 the president clutched the prize in his blood-stained hands. But then the Nobel Laureate surprised us. On December 17 the United States fired cruise missiles at people in … not Iran, but Yemen, all “terrorists” of course, who were, needless to say, planning “an imminent attack against a U.S. asset”.[1] A week later the United States carried out another attack against “senior al-Qaeda operatives” in Yemen.[2] 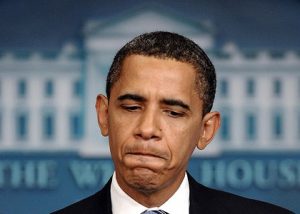 Reports are that the Nobel Peace Prize Committee in Norway is now in conference to determine whether to raise the maximum number of wars allowed to ten. Given the committee’s ignoble history, I imagine that Obama is taking part in the discussion. As is Henry Kissinger.

The targets of these attacks in Yemen reportedly include fighters coming from Afghanistan and Iraq, confirmation of the warnings long given — even by the CIA and the Pentagon — that those US interventions were creating new anti-American terrorists. (That’s anti-American foreign policy, not necessarily anything else American.) How long before the United States will be waging war in some other god-forsaken land against anti-American terrorists whose numbers include fighters from Yemen? Or Pakistan? Or Somalia? Or Palestine?

Our blessed country is currently involved in so many bloody imperial adventures around the world that one needs a scorecard to keep up. Rick Rozoff of StopNATO has provided this for us in some detail.[3]

For this entire century, almost all these anti-American terrorists have been typically referred to as “al-Qaeda”, as if you have to be a member of something called al-Qaeda to resent bombs falling on your house or wedding party; as if there’s a precise and meaningful distinction between people retaliating against American terrorism while being a member of al-Qaeda and people retaliating against American terrorism while NOT being a member of al-Qaeda. However, there is not necessarily even such an animal as a “member of al-Qaeda”, albeit there now exists “al-Qaeda in Iraq” and “al-Qaeda in the Arabian Peninsula”. Anti-American terrorists do know how to choose a name that attracts attention in the world media, that appears formidable, that scares Americans. Governments have learned to label their insurgents “al-Qaeda” to start the military aid flowing from Washington, just like they yelled “communist” during the Cold War. And from the perspective of those conducting the War on Terror, the bigger and more threatening the enemy, the better — more funding, greater prestige, enhanced career advancement. Just like with the creation of something called The International Communist Conspiracy.

It’s not just the American bombings, invasions and occupations that spur the terrorists on, but the American torture. Here’s Bowe Robert Bergdahl, US soldier captured in Afghanistan, speaking on a video made by his Taliban captors: He said he had been well-treated, contrasting his fate to that of prisoners held in US military prisons, such as the infamous Abu Ghraib prison in Iraq. “I bear witness I was continuously treated as a human being, with dignity, and I had nobody deprive me of my clothes and take pictures of me naked. I had no dogs barking at me or biting me as my country has done to their Muslim prisoners in the jails that I have mentioned.”[4]

Of course the Taliban provided the script, but what was the script based on? What inspired them to use such words and images, to make such references?