Liberty Has Been Lost 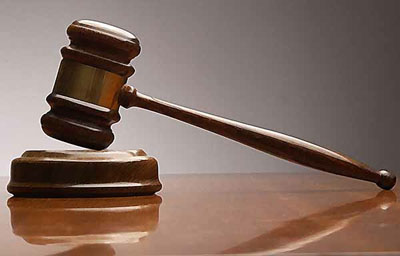 I had just finished reading the uncensored edition of Aleksandr Solzhenitsyn’s book, In The First Circle (Harper Perennial, 2009), when I came across Chris Hedges article, “One Day We’ll All Be Terrorists” (Truthdig, Dec. 28, 2009). In Hedges’ description of the US government’s treatment of American citizen Syed Fahad Hashmi, I recognized the Stalinist legal system as portrayed by Solzhenitsyn.

Hashmi has been held in solitary confinement going on three years. Guantanamo’s practices have migrated to the Metropolitan Correction Center in Manhattan where Hashmi is held in the Special Housing Unit. His access to attorneys, family, and other prisoners is prevented or severely curtailed.  He must clean himself and use toilet facilities on camera.  He is let out of solitary for one hour every 24 hours to exercise in a cage.

Hashmi is a US citizen but his government has violated every right guaranteed to him by the Constitution.  The US government, in violation of US law, is also subjecting Hashmi to psychological torture known as extreme sensory deprivation.  The bogus “evidence” against him is classified and denied to him.  Like Joseph K. in Kafka’s The Trial, Hashmi is under arrest on secret evidence.  As the case against him is unknown or non-existent, defense is impossible.

Hashmi’s rights have been abrogated by his government with the allegation that he is a potential terrorist or perhaps just a terrorist sympathizer.  Another American citizen, Junaid Babar stayed with Hashmi for two weeks and allegedly delivered ponchos and socks to al Qaeda in Pakistan.  Allegedly Babar used Hashmi’s cell phone to reach others aiding terrorists. The US government says that this suffices to implicate Hashmi in Babar’s activities.

Babar made a plea bargain to five counts of “material support” for terrorism, but is working off his prison sentence by testifying as a government witness in other terror trials, including in Canada and the UK, and as the US government’s only evidence against Hashmi.

Hashmi’s real offense is that he is a Muslim activist defending Muslim civil liberties and making provocative statements about the US. As Michael Ratner, president of the Center for Constitutional Rights, has pointed out, federal courts have given the US government wide latitude to use Hashmi’s exercise of his constitutionally protected rights to free speech and association as evidence of a terrorist frame of mind and, thereby, of intent to commit terrorism.

Brooklyn College professor Jeanne Theoharis warns us that an American citizen can now be tried on secret evidence. “You can spend years in solitary confinement before you are convicted of anything. There has been attention paid to extraordinary rendition, Guantanamo and Abu Ghraib with this false idea that if people are tried in the United States things will be fair. But what allowed Guantanamo to happen was the devolution of the rule of law here at home, and this is not only happening to Hashmi.”

Indeed, Hedges reports that “radical activists in the environmental, [anti]-globalization, anti-nuclear, sustainable agriculture and anarchist movements are already being placed by the state in special detention facilities with Muslims charged with terrorism.” Hedges warns: “This corruption of our legal system will not be reserved by the state for suspected terrorists or even Muslim Americans. In the coming turmoil and economic collapse, it will be used to silence all who are branded as disruptive or subversive.  Hashmi endures what many others, who are not Muslim, will endure later.”

The silence of bar associations and law schools indicates an astounding insouciance to Thomas Paine’s warning: “He that would make his own liberty secure must guard even his enemy from oppression; for if he violates this duty he establishes a precedent that will reach to himself.” Some of my Republican and conservative acquaintances are even gleeful that, finally, we are going to get tough and deal forcibly with “these people.”   They naively believe that they themselves will remain safe when law ceases to be a shield of the people and becomes a weapon in the hands of government.

In “A Man For All Seasons,” Sir Thomas More cautions against cutting the law down in order to chase after devils, for with the law cut down, where do we stand when the devil turns on us?

Clearly, these fundamental questions are of no concern to the US Department of Justice (sic), to Congress or the White House, to the “mainstream media,” to the American people, or even to very much of the federal judiciary.

Glenn Greenwald pointed out in Salon (Dec. 4, 2009) that the Convention Against Torture, championed and signed by President Ronald Reagan and ratified by the US Senate, states: “Each State Party is required either to prosecute torturers who are found in its territory or to extradite them to other countries for prosecution. No exceptional circumstances whatsoever, whether a state of war or threat of war, internal political instability or any other public emergency may be invoked as a justification of torture. Each State Party shall ensure that all acts of torture are offenses under its criminal law.”

Two decades later the US government tortures at will.  Justice (sic) Department officials write memos authorizing torture despite the ratified Convention Against Torture, US law, and the Geneva Conventions. The Pew Poll reports that 67 percent of Republicans and 47 percent of Democrats support the use of torture.

And Americans think they have freedom and democracy and live under the protection of the rule of law.

The law is lost, and with it American liberty.