Myths of Our Time 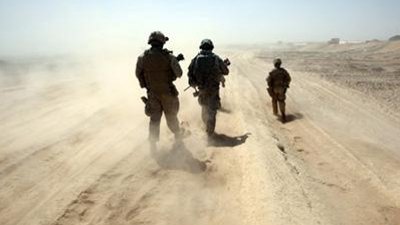 It is conventional wisdom that it was the draft that ended the Vietnam war. According to this explanation, cowardly college students subject to the draft and their unpatriotic families forced an end to the war. This is Karl Marx’s explanation. Material interests, not empty morality, are said to have brought the war to an end.

The fact that in those days the US still had an independent media of sorts that sometimes framed the war in moral terms is ignored. Are we sure, for example, that the film of the naked little girl running in terror down the road burning with napalm was ineffectual in arousing moral opposition to the war? Are we certain that it wasn’t an aroused moral conscience that brought about the end of the war but was college students’ fears for their lives and limbs?

Yet, virtually every conservative columnist, commentator, newsperson and politician, as well as today’s antiwar protesters and apparently the Pentagon, believes that a military draft would reduce Americans’ toleration for wars because of body bags coming home to middle and upper class parents. Apparently, the lower class doesn’t mind its kids coming back in body bags.

Those in thrall to this explanation, which derives from Marx’s materialist explanation of history, do not notice that Vietnam was our longest war. It apparently took almost forever for the material interest of students and their parents to realize itself and stop the war.

Why are we afraid to say that the war stopped because American troops and the American population got tired, offended even, from killing women, children and noncombatants? Vietnam had not attacked the US. The US had interjected itself into a civil war in a far off place, as it has done in Afghanistan.

One continuously reads from those Americans opposed to America’s wars of aggression that the wars are possible because they don’t affect Americans, just those few who sign up for the voluntary military. Thus, there are insufficient material interests at stake to stop the war. This is a common explanation for the weakness of the antiwar movement.

One could argue instead that it is the triumph of Karl Marx’s materialist thinking that has made moral protests impotent. What is morality? You can’t weigh it, define it, measure it. It can be dismissed as the whining of material interests. In contrast, material interests, such as lives, limbs, and bank accounts are real.

For whatever the reason, morality has shown itself to be an impotent force in 21st century America. Americans show no remorse at over one million dead Iraqis and four million displaced Iraqis due entirely to an American invasion based on lies and deception. The lies and deception are now well proven. Yet, there has been no apology for the horrors that Americans inflicted on Iraq.

Afghanistan is another example. Intentional lies conflated the Taliban with al Qaeda and “terrorists.” The diverse peoples in Afghanistan who were first ravaged by Soviet bombs are now ravaged by American bombs. Weddings, funerals, children’s soccer games, people waiting for fuel or food, people asleep in their homes, people attending Mosques have all been murdered and are murdered routinely by the US and its NATO puppets.

Each time civilians are murdered, the US denies it, only to be contradicted every time by the evidence.

Why is the president of the United States contemplating sending yet tens of thousands more US troops to kill people in Afghanistan?

The answer is that the United States is an immoral country, with an immoral people and an immoral government. Americans no longer have a moral conscience. They have gone over to the Dark Side.

Humanity has endeavored for millennia to control evil with morality. In the American “superpower,” this effort has collapsed and failed.

The United States needs to be censured for its immoral behavior, not have that behavior rationalized as being in its material interests.