Abbas and the Goldstone Report: Our Shame is Complete 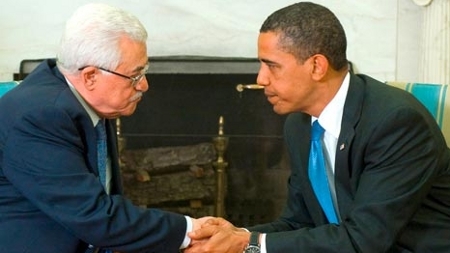 As Israeli bombs fell on the Gaza Strip during its one-sided war between December 27, 2008 and January 18, 2009, millions around the world took to the streets in complete and uncompromising outrage. The level of barbarity in that war, especially as it was conducted against a poor, defenseless and physically trapped nation, united people of every color, race and religion. But among those who seemed utterly unmoved, unreservedly cold were some Palestinian officials in the West Bank.

Mahmoud Habbash, the PA Minister of Social Affairs is but one of those individuals. His appearances on Aljazeera, during those fateful days were many. On one half of the screen would be screaming, disfigured children, mutilated women, and search parties digging in the dark for dead bodies, at times entire families. On the other, was Habbash, spewing political insults at his Hamas rivals in Gaza, repeating the same message so tirelessly parroted by his Israeli colleagues. Every time his face appeared on the screen, I cringed. Every unruly shriek of his, reinforced my sense of shame. Shame, perhaps, but never confusion. Those who understand how the Oslo agreement of September 1993 morphed into a culture that destroyed the very fabric of Palestinian society can fully appreciate the behavior of the Palestinian Authority in the West Bank during the Gaza war, before it and today.

Those who hoped that the Israeli atrocities in Gaza would rekindled a sense of remorse among the egotistical elites in Ramallah, were surely disappointed when the PA withdrew its draft resolution supporting recommendations made by South African Judge Richard Goldstone. The Goldstone report is the most comprehensive, and transparent investigation as of yet into what happened in Gaza during the 23-day war. It decried Israeli terror, and chastised Palestinians as well. But the focus on Israel undoubtedly and deservingly occupied much of the nearly 600-page report. The next step was for the Human Rights Council to send the report for consideration to the United Nations Security Council, which was to study the findings for a possible referral of the case to the International Criminal Court in the Hague. Such a move would have been historic. Knowing the full implications of such a possibility, Hamas accepted the report’s recommendations in full. Israel, backed by its traditional US ally, rejected it, leveling all sorts of accusations and insults on the world-renowned Jewish judge. 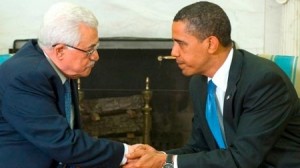 The draft resolution – condemning Israel and calling for the transfer of the report to the UNSC – was due for a vote at the Council on October 2. Alas, it was withdrawn at the behest of the Palestinian Authority and its president Mahmoud Abbas himself. Palestinian friends and allies at UNHRC were shocked, but obliged. They were equally disappointed when they watched PA envoys discussing the matter, not with the Asian, African or other traditional allies at the Council, but with US and European diplomats, who seemed to have a greater sway over Palestinian political action than those who have for decades supported Palestinian rights at every turn.

Something went horribly wrong. How could a leader of an occupied and suffering nation commit such a ‘mistake’, deferring an urgent vote and discussion on a report pertaining to the death of over 1,400 people, the maiming and wounding of thousands more, to a later date, six months from today?

Theories flared. Israeli and other media argued that US pressure on PA president Mahmoud Abbas was the main reason behind the supposedly unanticipated move. A positive vote on the resolution would jeopardize the ‘peace process’, therefore any action must be stifled for the sake of giving the ‘peace process’ a chance, was the rationale.

Amira Hass of Haaretz opined, “The chronic submissiveness is always explained by a desire to ‘make progress.’ But for the PLO and Fatah, progress is the very continued existence of the Palestinian Authority, which is now functioning more than ever before as a subcontractor for the IDF, the Shin Bet security service and the Civil Administration.”

Jonathan Cook, however, offered another view: “Israel warned it would renege on a commitment to allot radio frequencies to allow Wataniya, a mobile phone provider, to begin operations this month in the West Bank. The telecommunications industry is the bedrock of the Palestinian economy, with the current monopoly company, PalTel, accounting for half the worth of the Palestinian stock exchange.”

“No blood for mobile phones,” should perhaps be the new chant in Palestine. But it’s that sad fact that held the Palestinian will hostage for too many years. However, it’s not just mobile companies whose interests triumph over Gaza’s agony. Indeed, the post-Oslo culture has espoused a class of contractors. These are businessmen who are either high-ranking officials in the PA and the Fatah party, or both, or closely affiliated with them. Much of the billions of dollars of international aid that poured into Palestine following the signing of Oslo found its way into private bank accounts. Wealth generated more wealth and “export and import” companies sprung up like poison ivy amidst the poor dwelling of refugees throughout the occupied territories. The class of businessmen, still posing as revolutionaries, encroached over every aspect of Palestinian society, used it, controlled it, and eventually suffocated it. It espoused untold corruption, and, naturally, found an ally in Israel, whose reign in the occupied territories never ceased.

The PA became submissive not out of fear of Israeli wrath per se, but out of fear that such wrath would disrupt business, the flow of aid thus contracts. And since corruption is not confined by geographical borders, PA officials abroad took Palestinian shame to international levels. Millions marched in the US, in Europe, in Asia, South America and the rest of the world, chanting for Gaza and its victims, while some PA ambassadors failed to even turn out to participate. When some of these diplomats made it to public forums, it was for the very purpose of brazenly attacking fellow Palestinians in Hamas, not to garner international solidarity with their own people.

Readily blaming ‘American pressure’ to explain Abbas’ decision at the UNHRC no longer suffices. Even the call on the 74-year-old Palestinian leader to quit is equally hollow. Abbas represents a culture, and that culture is self-seeking, self-serving and utterly corrupt. If Abbas exits, and considering his age, he soon will, Mohammed Dahlan could be the next leader, or even Mahmoud Habbash, who called on Gaza to rebel against Hamas as Israel was blowing up Palestinian homes and schools left and right.

Palestinians who are now calling for change following the UN episode, must consider the Oslo culture in its entirety, its ‘revolutionary’ millionaires, its elites and contractors. A practical alternative to those corrupt must be quickly devised. The Israeli wall is encroaching on Palestinian towns and villages in the West Bank, and a new war might be awaiting besieged Gaza. Time is running out, and our collective shame is nearly complete.