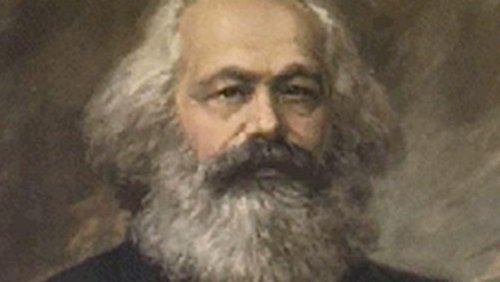 “Capital is dead labor, which, vampire-like, lives only by sucking living labor, and lives the more, the more labor it sucks.” — Karl Marx

If Karl Marx and V. I. Lenin were alive today, they would be leading contenders for the Nobel Prize in economics.

Marx predicted the growing misery of working people, and Lenin foresaw the subordination of the production of goods to financial capital’s accumulation of profits based on the purchase and sale of paper instruments. Their predictions are far superior to the “risk models” for which the Nobel Prize has been given and are closer to the money than the predictions of Federal Reserve chairmen, US Treasury secretaries, and Nobel economists, such as Paul Krugman, who believe that more credit and more debt are the solution to the economic crisis.

Some studies have concluded that the real incomes of Americans, except for the financial oligarchy of the super rich, are less today than in the 1980s and even the 1970s. I have not examined these studies of family income to determine whether they are biased by the rise in divorce and percentage of single parent households. However, for the last decade it is clear that real take-home pay has declined.

The main cause of this decline is the offshoring of US high value-added jobs. Both manufacturing jobs and professional services, such as software engineering and information technology work, have been relocated in countries with large and cheap labor forces.

The wipeout of middle class jobs was disguised by the growth in consumer debt. As Americans’ incomes ceased to grow, consumer debt expanded to take the place of income growth and to keep consumer demand rising. Unlike rises in consumer incomes due to productivity growth, there is a limit to debt expansion. When that limit is reached, the economy ceases to grow.

The immiseration of working people has not resulted from worsening crises of over-production of goods and services, but from financial capital’s power to force the relocation of production for domestic markets to foreign shores. Wall Street’s pressures, including pressures from takeovers, forced American manufacturing firms to “increase shareholders’ earnings.” This was done by substituting cheap foreign labor for American labor.

Corporations offshored or outsourced abroad their manufacturing output, thus divorcing American incomes from the production of the goods that they consume. The next step in the process took advantage of the high speed Internet to move professional service jobs, such as engineering, abroad. The third step was to replace the remains of the domestic work force with foreigners brought in at one-third the salary on H-1B, L-1, and other work visas.

This process by which financial capital destroyed the job prospects of Americans was covered up by “free market” economists, who received grants from offshoring firms in exchange for propaganda that Americans would benefit from a “New Economy” based on financial services, and by shills in the education business, who justified work visas for foreigners on the basis of the lie that America produces a shortage of engineers and scientists.

In Marx’s day, religion was the opiate of the masses. Today the media is. Let’s look at media reporting that facilitates the financial oligarchy’s ability to delude the people.

The financial oligarchy is hyping a recovery while American unemployment and home foreclosures are rising. The hype owes its credibility to the high positions from which it comes, to the problems in payroll jobs reporting that overstate employment, and to disposal into the memory hole of any American unemployed for more than one year.

On October 2 statistician John Williams of shadowstats.com reported that the Bureau of Labor Statistics has announced a preliminary estimate of its annual benchmark revision of 2009 employment. The BLS has found that employment in 2009 has been overstated by about one million jobs. John Williams believes the overstatement is two million jobs. He reports that “the birth-death model currently adds [an illusory] net gain of about 900,00 jobs per year to payroll employment reporting.”

The non-farm payroll number is always the headline report. However, Williams believes that the household survey of unemployment is statistically sounder than the payroll survey. The BLS has never been able to reconcile the difference in the numbers in the two employment surveys. Last Friday, the headline payroll number of lost jobs was 263,000 for the month of September. However the household survey number was 785,000 lost jobs in the month of September.

The headline unemployment rate of 9.8% is a bare bones measure that greatly understates unemployment. Government reporting agencies know this and report another unemployment number, known as U-6. This measure of US unemployment stands at 17% in September 2009.

When the long-term discouraged workers are added back into the total unemployed, the unemployment rate in September 2009 stands at 21.4%.

The unemployment of American citizens could actually be even higher. When Microsoft or some other firm replaces several thousand US workers with foreigners on H-1B visas, Microsoft does not report a decline in payroll employment. Nevertheless, several thousand Americans are now without jobs. Multiply this by the number of US firms that are relying on “body shops” to replace their US work force with cheap foreign labor year after year, and the result is hundreds of thousands of unreported unemployed Americans.

Obviously, with more than one-fifth of the American work force unemployed and the remainder buried in mortgage and credit card debt, economic recovery is not in the picture.

What is happening is that the hundreds of billions of dollars in TARP money given to the large banks and the trillions of dollars that have been added to the Federal Reserve’s balance sheet have been funneled into the stock market, producing another bubble, and into the acquisition of smaller banks by banks “too large to fail.” The result is more financial concentration.

The expansion in debt that underlies this bubble has further eroded the US dollar’s credibility as reserve currency. When the dollar starts to go, panicked policy-makers will raise interest rates in order to protect the US Treasury’s borrowing capability. When the interest rates rise, what little remains of the US economy will tank.

If the government cannot borrow, it will print money to pay its bills. Hyperinflation will hit the American population. Massive unemployment and massive inflation will inflict upon the American people misery that not even Marx and Lenin could envisage.

Meanwhile America’s economists continue to pretend that they are dealing with a normal postwar recession that merely requires an expansion of money and credit to restore economic growth.