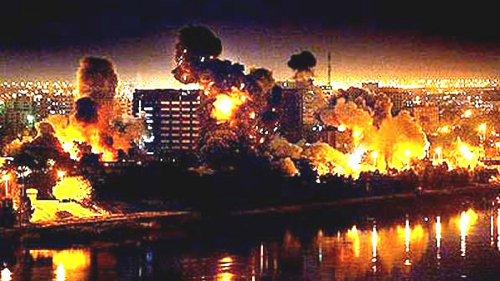 The anniversary of the infamous tragedy of 9/11, 2001, and the subsequent ramifications indeed induce throughout the world a plethora of feelings of sorrow.

The 9/11 event should have never taken place. Regardless of the situation, targeting civilians is unconditionally reviled. No matter where we stand on war, and how we wish to rationalize and define extremism, and even terror, we must pause to remember those who died on that day, and the many, many more who died in the months and years that followed.

Sadly, we must even pause today for those who will die tomorrow, to avenge the victims of the twin towers. 9/11 was a tragedy that should have been studied within the parameters of US foreign policies vis-à-vis Muslim countries, in the Middle East region in particular. If we wish not to venture that far, then an honest look at the period that followed the first Gulf War of 1990-91, and the tragic sanctions that took the lives of hundreds of thousands of Iraqis, is certainly warranted.

Anger, when it becomes protracted and multifaceted, is at risk of inspiring extremism and rationalizing terror. But there are other facets to be examined when political violence is to be scrutinized. 9/11 cannot be divorced from surrounding events, preceding tragedies or subsequent ones. By doing so, one undermines the seriousness of the tragedy.

And while one simply cannot pardon blind hate or terror, how can one honestly argue that the millions who perished in Iraq, prior to or following 9/11, ought not to be remembered on that day as well?

Does their fate have any correlation to the tragedy? And what about the many thousands who died in Afghanistan, including the latest 90 people who were burned alive when the NATO forces bombed two fuel tankers in the northern part of the country recently? Do they not deserve commemoration as well? Are not their destinies somehow intimately intertwined? This cannot be denied.

Yet, such a view is overshadowed by another, which in some way reflects man’s most basic primal instincts and the lust for sheer revenge. Examining the Bush legacy — which, if anything, gave life and credence to the idea that violence is a justified political means to achieve set goals and even economic interests  —  one comes face to face with the ultimate antitheses of such a notion. 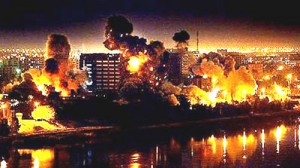 But with the help and expertise of media czars, especially the likes of Fox News, such primeval ways of thinking were embraced with ease. “Shock and Awe” was much more sophisticated than 9/11; it was accompanied by a voice over, and eloquent commentators who kindly explained exactly what we saw on the screen, but the idea was still the same. Innocents died so horribly that political scores would be settled and gains could be exacted. But Barack Obama is not George W. Bush, we are told. The new president has promised to fix what his predecessor had destroyed, and Muslims  — and in fact the world — are still waiting to see.

When the US president spoke in Cairo, on June 4, he said: “So let there be no doubt: Islam is a part of America. And I believe that America holds within her the truth that regardless of race, religion, or station in life, all of us share common aspirations — to live in peace and security; to get an education and to work with dignity; to love our families, our communities, and our God. These things we share. This is the hope of all humanity.”

Obama spoke and Muslims listened. They clapped and cheered when he greeted the Cairo crowd with “Assalamu alaikum”. As sadly as it were, they were desperate for validation, for hope, that perhaps in the recognition of these common aspirations of which he spoke of, that perhaps there would be some softening of the US iron fist that is slowly strangling Muslims in so many parts of our stricken world.

And although Obama went to great lengths to express a common humanity, his forces continue to ravage Muslims without pause: news from Afghanistan is ever grim. Iraq’s calamities are also compared. His statements on Palestine are lukewarm and faithfully precluded with a solemn pledge of America’s undying allegiance to the Jewish State.

Keeping these things in mind, it is at times difficult to have full trust in the sincerity of the president’s proclamations. Muslims, like the rest of humanity, remember 9/11 with a somber pause. They remember the day’s victims, all of them and they wonder if the death count will cease any time soon.

The tragedy of 9/11 and the previous and subsequent tragedies are too serious, too terrible to give up hope so quickly that common sense will prevail, that horrible scenes would be replaced by positive ones, that dialogue would replace hostility, and that Obama will meet even the minimum expectations of his fans in the Muslim world.

9/11 should not be a political episode to underscore the reason of why the fight in various Muslim countries should continue; nor should it be an opportunity to rejoice at the death of  the “infidels”.

We should collectively abhor the rationalization of violence on the basis of vengeance, and consider what it might take to relieve those afflicted with a sense of hostility: Could it perhaps be that our common aspirations for peace and freedom are somehow out of reach? Could it be possible that we just might be culpable for the denial of those simple aspirations of peace and freedom?

We must embrace again the anguish of what happened on 9/11, ever aware that the body count grows even today. And although the wreckage of that horrible day was cleared away years ago, the lessons of that day are still buried beneath our anger, frustration, and prejudice.

To unearth these lessons, we must widen our horizons, from New York to Baghdad, from Kabul to Gaza, cities, which are in some way worlds apart, but in other ways much closer than we may innocently suspect.