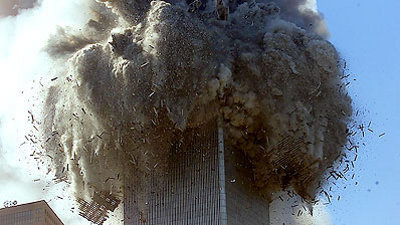 An article in the journal, Sociological Inquiry, casts light on the effectiveness of propaganda. Researchers examined why big lies succeed where little lies fail. Governments can get away with mass deceptions, but politicians cannot get away with sexual affairs. 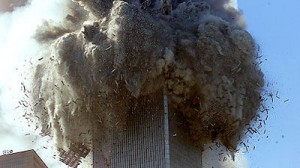 The researchers explain why so many Americans still believe that Saddam Hussein was behind 9/11, years after it has become obvious that Iraq had nothing to do with the event. Americans developed elaborate rationalizations based on Bush administration propaganda that alleged Iraqi involvement and became deeply attached to their beliefs. Their emotional involvement became wrapped up in their personal identity and sense of morality. They looked for information that supported their beliefs and avoided information that challenged them, regardless of the facts of the matter.

In Mein Kampf, Hitler explained the believability of the Big Lie as compared to the small lie: “In the simplicity of their minds, people more readily fall victims to the big lie than the small lie, since they themselves often tell small lies in little matters but would be ashamed to resort to large-scale falsehoods. It would never come into their heads to fabricate colossal untruths, and they would not believe that others could have such impudence. Even though the facts which prove this to be so may be brought clearly to their minds, they will still doubt and continue to think that there may be some other explanation.”

What the sociologists and Hitler are telling us is that by the time facts become clear, people are emotionally wedded to the beliefs planted by the propaganda and find it a wrenching experience to free themselves. It is more comfortable, instead, to denounce the truth-tellers than the liars whom the truth-tellers expose.

The psychology of belief retention even when those beliefs are wrong is a pillar of social cohesion and stability. It explains why, once change is effected, even revolutionary governments become conservative. The downside of belief retention is its prevention of the recognition of facts. Belief retention in the Soviet Union made the system unable to adjust to economic reality, and the Soviet Union collapsed. Today in the United States millions find it easier to chant “USA, USA, USA” than to accept facts that indicate the need for change.

The staying power of the Big Lie is the barrier through which the 9/11 Truth Movement is finding it difficult to break. The assertion that the 9/11 Truth Movement consists of conspiracy theorists and crackpots is obviously untrue. The leaders of the movement are highly qualified professionals, such as demolition experts, physicists, structural architects, engineers, pilots, and former high officials in the government. Unlike their critics parroting the government’s line, they know what they are talking about.

Here is a link to a presentation by the architect, Richard Gage, to a Canadian university audience.  The video of the presentation is two hours long and seems to have been edited to shorten it down to two hours. Gage is low-key, but not a dazzling personality or a very articulate presenter. Perhaps that is because he is speaking to a university audience and takes for granted their familiarity with terms and concepts.

Those who believe the official 9/11 story and dismiss skeptics as kooks can test the validity of the sociologists’ findings and Hitler’s observation by watching the video and experiencing their reaction to evidence that challenges their beliefs. Are you able to watch the presentation without scoffing at someone who knows far more about it than you do? What is your response when you find that you cannot defend your beliefs against the evidence presented? Scoff some more? Become enraged?

For example, consider the case of the Lockerbie bomber. One piece of “evidence” that was used to convict Magrahi was a piece of circuit board from a device that allegedly contained the Semtex that exploded the airliner. None of the people, who have very firm beliefs in Magrahi’s and Libya’s guilt and in the offense of the Scottish authorities in releasing Magrahi on allegedly humanitarian grounds, know that circuit boards of those days have very low combustion temperatures and go up in flames easily. Semtex produces very high temperatures. There would be nothing whatsoever left of a device that contained Semtex. It is obvious to an expert that the piece of circuit board was planted after the event.

I have asked on several occasions and have never had an answer, which does not mean that there isn’t one, how millions of pieces of unburnt, uncharred paper can be floating over lower Manhatten from the destruction of the WTC towers when the official explanation of the destruction is fires so hot and evenly distributed that they caused the massive steel structures to weaken and fail simultaneously so that the buildings fell in free fall time just as they would if they had been brought down by controlled demolition.

What is the explanation of fires so hot that steel fails but paper does not combust?

People don’t even notice the contradictions. Recently, an international team of scientists, who studied for 18 months dust samples produced by the twin towers’ destruction collected from three separate sources, reported their finding of nano-thermite in the dust. The US government had scientists dependent on the US government to debunk the finding on the grounds that the authenticity of custody of the samples could not be verified. In other words, someone had tampered with the samples and added the nano-thermite. This is all it took to discredit the finding, despite the obvious fact that access to thermite is strictly controlled and NO ONE except the US military and possibly Israel has access to nano-thermite.

The physicist, Steven Jones, has produced overwhelming evidence that explosives were used to bring down the buildings. His evidence is not engaged, examined, tested, and refuted. It is simply ignored.

Dr. Jones’ experience reminds me of that of my Oxford professor, the distinguished physical chemist and philosopher, Michael Polanyi. Polanyi was one of the 20th centuries great scientists. At one time every section chairman of the Royal Society was a Polanyi student. Many of his students won Nobel Prizes for their scientific work, such as Eugene Wigner at Princeton and Melvin Calvin at UC, Berkeley, and his son, John Polanyi, at the University of Toronto.

As a young man in the early years of the 20th century, Michael Polanyi discovered the explanation for chemical absorbtion. Scientific authority found the new theory too much of a challenge to existing beliefs and dismissed it. Even when Polanyi was one of the UK’s ranking scientists, he was unable to teach his theory. One half-century later his discovery was re-discovered by scientists at UC, Berkeley. The discovery was hailed, but then older scientists said that it was “Polanyi’s old error.” It turned out not to be an error. Polanyi was asked to address scientists on this half-century failure of science to recognize the truth. How had science, which is based on examining the evidence, gone so wrong. Polanyi’s answer was that science is a belief system just like everything else, and that his theory was outside the belief system.