What Role Did the U.S.-Israeli Relationship Play in 9/11? 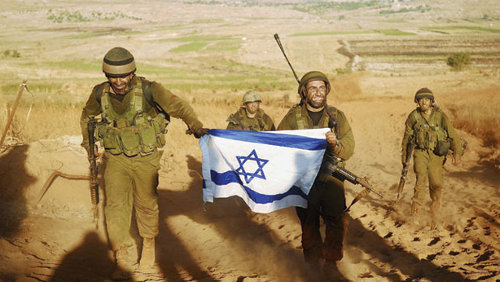 On the day of the 9/11 attacks, former Israeli Prime Minister Benjamin Netanyahu was asked what the attack would mean for US-Israeli relations. His quick reply was: “It’s very good….Well, it’s not good, but it will generate immediate sympathy (for Israel).”

Intelligence wars rely on mathematical models to anticipate the response of “the mark” to staged provocations. Reactions thereby become foreseeable—within an acceptable range of probabilities. When Israeli mathematician Robert J. Aumann received the 2005 Nobel Prize in economic science, he conceded that “the entire school of thought that we have developed here in Israel” has turned “Israel into the leading authority in this field.” 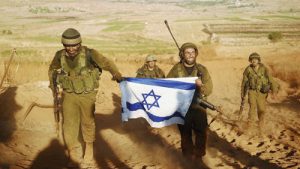 With a well-planned provocation, the anticipated response can even become a weapon in the arsenal of the agent provocateur. In response to 9/11, how difficult would it have been to foresee that the U.S. would deploy its military to avenge that attack? With fixed intelligence, how difficult would it be to redirect that response to wage a long-planned war in Iraq—not for U.S. interests, but to advance the agenda for Greater Israel?

The emotionally wrenching component of a provocation plays a key role in the field of game theory war planning where Israel is the authority. With the televised murder of 3,000 Americans, a shared mindset of shock, grief and outrage made it easier for U.S. policy-makers to believe that a known Evil Doer in Iraq was responsible, regardless of the facts.

The strategic displacement of facts with induced beliefs, in turn, requires a period of “preparing the mindset” so that “the mark” will put their faith in a pre-staged fiction. Those who induced the March 2003 invasion of Iraq began “laying mental threads” and creating agenda-advancing mental associations more than a decade earlier.

Notable among those threads was the 1993 publication in Foreign Affairs of an article by Harvard professor Samuel Huntington. By the time his analysis appeared in book-length form in 1996 as The Clash of Civilizations, more than 100 academies and think tanks were prepared to promote it, pre-staging a “clash consensus”—five years before 9/11.

Also published in 1996 under the guidance of Richard Perle was A Clean Break: A New Strategy for Securing the Realm (meaning Israel). A member since 1987 of the U.S. Defense Policy Advisory Board, this self-professed Zionist became its chairman in 2001. As a key adviser to Israeli Prime Minister Benjamin Netanyahu, Perle’s senior Pentagon post helped lay the required foundation for removing Saddam Hussein as part of a Greater Israel strategy, a key theme of A Clean Break—released five years before 9-11.

A mass murder, articles, books, think tanks and Pentagon insiders, however, are not enough to manage the variables in a “probabilistic” war-planning model. Supportive policy makers are also required to lend the appearance of legitimacy and credibility to an operation justified by intelligence fixed around a pre-determined agenda.

That role was eagerly filled by Senators John McCain, Joe Lieberman, a Jewish Zionist from Connecticut, and Jon Kyl, a Christian Zionist from Arizona, when they co-sponsored the Iraq Liberation Act of 1998. Echoing Tel Aviv’s agenda in A Clean Break, their bill laid another mental thread in the public mindset by calling for the removal of Saddam Hussein—three years before 9-11.

After 9/11, John McCain and Joe Lieberman became inseparable travel companions and irrepressible advocates for the invasion of Iraq. Looking “presidential” aboard the aircraft carrier USS Theodore Roosevelt in January 2002, McCain laid another key thread when he waved an admiral’s cap while proclaiming, alongside Lieberman, “On to Baghdad.”

By Way of Deception

The chutzpah with which this game theory strategy progressed in plain sight could be seen in the behavior of Deputy Defense Secretary Paul Wolfowitz, another Zionist insider. Four days after 9/11, in a principals’ meeting at Camp David, he proposed that the U.S. invade Iraq. At that time, the intelligence did not yet point to Iraqi involvement and Osama bin Laden was thought to be hiding in a remote region of Afghanistan.

Frustrated that President George H.W. Bush declined to remove Saddam Hussein during the 1991 Gulf War, Wolfowitz proposed a No-Fly Zone in northern Iraq. By 2001, the Israeli Mossad had agents at work for a decade in the northern Iraqi city of Mosul. Intelligence reports of Iraqi ties to Al Qaeda also came from Mosul—reports that later proved to be false. Mosul again emerged in November 2004 as a center of the insurgency that destabilized Iraq. That reaction precluded the speedy exit of coalition forces promised in Congressional testimony by senior war-planner Wolfowitz.

The common source of the fixed intelligence that induced America to war in Iraq has yet to be acknowledged even though intelligence experts agree that deception on such a scale required a decade to plan, staff, pre-stage, orchestrate and, to date, cover up. The two leaders of the 9/11 Commission report conceded they were stopped by Commission members from hearing testimony on the motivation for 9/11: the U.S.-Israeli relationship.

The fictions accepted as generally accepted truths included Iraqi WMD, Iraqi ties to Al Qaeda, Iraqi meetings with Al Qaeda in Prague, Iraqi mobile biological weapons laboratories and Iraqi purchases of “yellowcake” uranium from Niger. Only the last fact was conceded as phony in the relevant time frame. All the rest were disclosed as false, flawed or fixed only after the war began. An attempt to cover-up the yellowcake account led to the federal prosecution of vice-presidential chief of staff Lewis Libby, another well-placed Zionist insider.

Did game theory-modeled pre-staging also include the Israeli provocation that led to the Second Intifada? An intifada is an uprising or, literally, a “shaking off” of an oppressor. The Second Intifada in Palestine dates from September 2000 when Israeli Prime Minister Ariel Sharon led an armed march to Jerusalem’s Temple Mount—one year before 9/11.

After a year of calm—during which Palestinians believed in the prospects for peace—suicide bombings recommenced after this high-profile provocation. In response to the uprising, Sharon and Netanyahu observed that only when Americans “feel our pain” would they understand the plight of the victimized Israelis. Both Israeli leaders suggested that shared mindset (“feel our pain”) would require in the U.S. a weighted body count of 4,500 to 5,000 Americans lost to terrorism, the initial estimate of those who died in the twin towers of New York City’s World Trade Center—one year later.