Drones and Democracy in Afghanistan 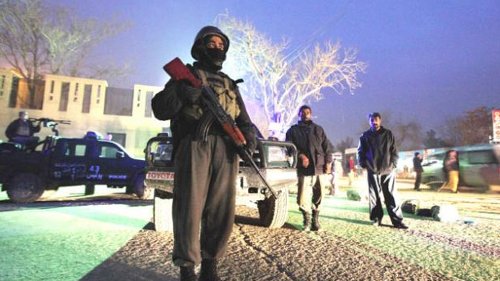 With elections in Afghanistan, it might be timely to reflect on the US engagement with that stricken nation and consider just how much foreign intervention has contributed to the prospect and possibility of free and democratic elections. More, it is fitting to consider what kind of example the US and its allies have given to the people of Afghanistan, if they have bestowed any wisdom and guidance for a nation facing a turbulent and uncertain future, to say the least. 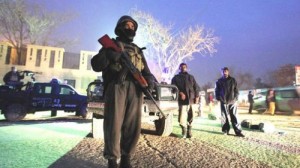 The US initiated a sort of “shock and awe” operation in Afghanistan in late 2001, what appeared to many as a knee-jerk reaction to September 11th, in the midst of a half-heartedly supportive but largely bewildered American public. The Bush administration gave many reasons and justifications for that grizzly war, to hunt down Osama Bin Laden, to defeat the newly exposed world-wide network of Al-Qaeda, with its countless numbers of active and “sleeper” cells spread throughout the world. But the so-called Operation Enduring Freedom would not have actualized without an intense propaganda campaign, that once again attempted to paint the US war as an act of liberation. To present the deadly bombs and unforgiving missiles as such, mainstream media decried the mistreatment and abuse of women, learning new and foreboding terms such as “purdah”, “burkah” and the like. US public stared hunger and poverty in the eyes on the nightly news, and the US prepared its grief-stricken and enraged nation for decisive and direct action.

And so, the Bush administration and its many spin doctors taught us that there was only one way to reform this nation, eliminating illiteracy, advocating women’s rights, improving access to food, proper educational institutions, development, access to healthcare, essentially the hope for a brighter future for a young generation of Afghani children. And their redeeming plan was war.

It is simply arcane to read the bantering of mainstream US commentators these days, as they reflect on the upcoming August 20th elections and ponder what else the US must do to “win hearts and minds of the Afghani people”. For one, might I suggest the arrest of the use of drones in targeted assassinations of US enemies. In May 2009, CIA director Leon Panetta delivered a speech where he claimed that, “(Drone) operations have been very effective because they have been very precise in terms of the targeting and it involved a minimum of collateral damage”.

But the use of unmanned drones as weapons of war has been decried as so “cruel as to be beyond the pale of human tolerance”, according to Lord Bingham, one of Britain’s most senior judges, in a recent interview cited in the Independent. “It may be – I’m not expressing a view – that unmanned drones that fall on a house full of civilians is a weapon the international community should decide should not be used.”

Lord Bingham’s views, as those of others, are supported by ample evidence, of weddings that turned into funerals, and funerals that themselves turned into mass burial grounds.

US enthusiasm regarding the success of the drones has in fact crossed borders into Pakistan, also claiming the lives of hundreds.

Yet, the charade trudges on. Pro-US Afghan President Hamid Karzai continues to stage his government’s make-believe democracy, although his loyalists are in continuous decline. Major media continue to cite improvements in people’s lives, regardless of contradicting reports by the UN. US officials tirelessly, although unconvincingly prattle of winning hearts and minds, as bomb blasts, drone attacks and death hover over the devastated place. Such a degrading view of human life, say nothing of our intelligence.

But the facts are truly grim. According to a recent UNICEF report, an estimated 22 million Afghans, or 70% of the population, live in poverty and substandard conditions. 40% of children less than three years old are underweight and 54% of children under five are stunted. Over 100,000 people – most of them children and women – remain displaced by conflict and drought.

Contrary to widespread claims of progress, UN Under-Secretary General for Humanitarian Affairs, John Holmes, says the humanitarian situation in Afghanistan has worsened. If fact, in February of this year, and for the first time in 7 years, the UN launched a comprehensive humanitarian action plan to try and alleviate even a small portion of the suffering there. A study conducted by the American Medical Association a few years ago found that two-thirds of Afghans over the age of 15 are depressed. Post traumatic stress disorder was also reported as prevalent, with 41 percent of non-disabled persons showing symptoms. Of the individuals surveyed, 80 percent expressed feelings of hatred. It goes without question that these statistics have ballooned with the rising death tolls that plague the country.

So, there hasn’t been the kind of progress once hoped for; not so many schools built, there haven’t been so many hospitals established. Hunger and illiteracy, for the most part have remained the same if not on the incline. The refugee population continues to swell, while delivering aid to desperately needy towns and villages becomes increasingly difficult.

But one thing cannot be disputed regarding US contributions to the people of Afghanistan: a lot of people have been ripped to pieces by botched drone operations, a lot of young minds have been molded, through the tragedies that they endure and witness each day, to distrust this notion of “democracy”. This dilemma is of great concern to the US Army. In fact, in responding to this very problem, National Security Advisor James L. Jones stated regarding the use of drones in targeted assassinations, “In one mishap you can create thousands of more terrorists than you had before the mishap”.

Well, if this is our sole concern, and if the pointless loss of life in itself is not deplored, if the suffering of the Afghanis is only a point of unease when it could potentially breed more “terrorists”, then “winning their hearts and minds” is quite simply outside the realm of possibilities.