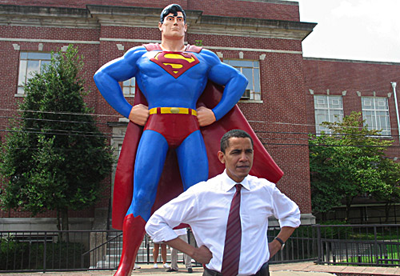 The United States is “facing a nuclear threat in Iran” – article in Chicago Tribune and other major newspapers, May 26

“the growing missile threat from North Korea and Iran” – article in the Washington Post and other major newspapers, May 26

“Iran’s threat transcends religion. Regardless of sectarian bent, Muslim communities need to oppose the attempts by Iran … to extend Shia extremism and influence throughout the world.” – op-ed article in Boston Globe, May 27

“A Festering Evil. Doing nothing is not an option in handling the threat from Iran” – headline in Investor’s Business Daily, May 27, 2009

This is a very small sample from American newspapers covering but two days.

After taking office, on Holocaust Memorial Day, Israeli Prime Minister Benjamin Netanyahu said: “We will not allow Holocaust-deniers [Iranian president Mahmoud Ahmadinejad] to carry out another holocaust.” – Haaretz (Israel), May 14, 2009

Like clinical paranoia, “the threat from Iran” is impervious to correction by rational argument.

Two new novels have just appeared, from major American publishers, thrillers based on Iran having a nuclear weapon and the dangers one can imagine that that portends – “Banquo’s Ghosts” by Rich Lowry & Keith Korman, and “The Increment” by David Ignatius. “Bomb, bomb, bomb. Let’s bomb Iran,” declares a CIA official in the latter book. The other book derides the very idea of “dialogue” with Iran while implicitly viewing torture as acceptable.[1]

On May 12, in New York City, a debate was held on the proposition that “Diplomacy With Iran Is Going Nowhere” (English translation: “Should we bomb Iran?”). Arguing in the affirmative, were Liz Cheney, former State Department official (and daughter of a certain unindicted war criminal) and Dan Senor, formerly the top spokesman for Washington’s Coalition Provisional Authority in Baghdad. Their “opponents” were R. Nicholas Burns, former undersecretary of state, and Kenneth Pollack, former National Security Council official and CIA analyst and author of “The Threatening Storm: The Case for Invading Iraq”, a book that, unsurprisingly, did not have too long a shelf life.[2]

This is what “debate” on US foreign policy looks like in America in the first decade of the 21st century AD – four quintessential establishment figures. If such a “debate” had been held in the Soviet Union during the Cold War (“Detente With The United States Is Going Nowhere”), the American mainstream media would unanimously have had a jolly time making fun of it. The sponsor of the New York debate was the conservative Rosenkranz Foundation, but if a liberal (as opposed to a progressive or radical leftist) organization had been the sponsor, while there probably would have been a bit more of an ideological gap between the chosen pairs of speakers, it’s unlikely that any of the present-day myths concerning Iran would have been seriously challenged by either side. These myths include the following, all of which I’ve dealt with before in this report but inasmuch as they are repeated on a regular basis in the media and by administration representatives, I think that readers need to be reminded of the counter arguments.

The following should also be kept in mind: The Washington Post, March 5, 2009, reported: “A senior Israeli official in Washington” has asserted that “Iran would be unlikely to use its missiles in an attack [against Israel] because of the certainty of retaliation.” This was the very last sentence in the article and, according to an extensive Nexis search, did not appear in any other English-language media in the world.

In 2007, in a closed discussion, Israeli Foreign Minister Tzipi Livni said that in her opinion “Iranian nuclear weapons do not pose an existential threat to Israel.” She “also criticized the exaggerated use that [Israeli] Prime Minister Ehud Olmert is making of the issue of the Iranian bomb, claiming that he is attempting to rally the public around him by playing on its most basic fears.” This appeared in Haaretz.com, October 25, 2007 (print edition October 26), but not in any US media or in any other English-language world media except the BBC citing the Iranian Mehr English-language news agency, October 27. 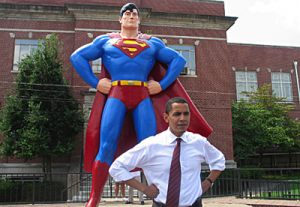 In January 2006 I was invited to attend a book fair in Cuba, where one of my books, newly translated into Spanish, was being presented. All my expenses were to be paid by the Cuban government and I was very much looking forward to the visit. Only one problem – the government of the United States would not give me permission to go. My application to travel to Cuba had also been rejected in 1998 by the Clinton administration. (On that occasion I went anyhow and was extremely lucky to avoid being caught by the American Travel Police on the way back and being fined thousands of dollars.) I mention this because Obama supporters would have us believe – as they themselves believe – that their Changeman has been busy making lots of important changes, Cuba being only one example. But I still don’t have the legal right to travel to Cuba.