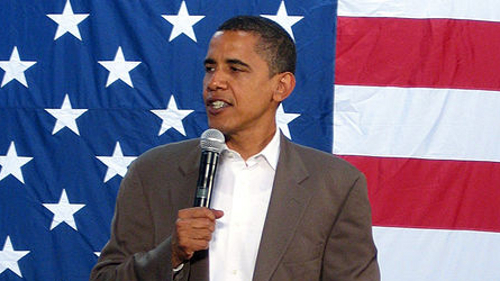 “America’s larger purpose in the world is to promote the spread of freedom-that it is the yearning of all who live in the shadow of tyranny and despair.”

“It is the policy of the United States to seek and support the growth of democratic movements and institutions in every nation and culture, with the ultimate goal of ending tyranny in our world.” 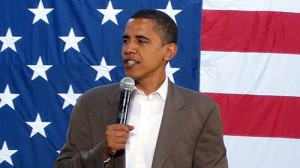 In contrast to gallons of ink spilled on theories of democracy promotion and critiques of the Bush Doctrine, this essay considers the Freedom Agenda as foreign policy and assesses the results of the implementation of this constellation of discrete policies.  We argue that the Freedom Agenda is more than words-it was an integral part of the Bush Administration’s foreign policy which has been funded and institutionalized by Congress, but which has only seen mixed results to this point.  Because the Obama campaign pledged support for democracy promotion, we conclude with five lessons that the new Administration should consider when taking the next steps in promoting democracy and advancing human freedom.

9/11, the Bush Doctrine, and the Freedom Agenda

George W. Bush entered office pledging to follow a “humble” foreign policy and concentrate on domestic reform, but was goaded by 9/11 to formulate a new approach to address the dangers of state-sponsored terrorism. Traditional approaches to foreign policy (realism, liberal internationalism, etc.) were powerless to address the exigencies of the current strategic dilemma. The principles to this approach began taking form in a number of speeches such as a commencement address at West Point in the summer of 2006 and were shortly thereafter articulated in a uniform approach in the National Security Strategy of 2002, which mentions freedom and liberty five dozen times.[2]

That approach was the Bush Doctrine.  Mark Amstutz points out four distinct elements of the Bush Doctrine for U.S. foreign policy, the fourth of which is the foundation for the Freedom Agenda:

Many, such as Robert Jervis and John Lewis Gaddis, recognized that the Bush Doctrine outlined in the 2002 National Security Strategy of the United States (NSS) was a “grand strategy” for the United States.  Gaddis argued that one way the NSS was innovative was its argument that hopelessness, not poverty, is the root cause of terrorism.  The NSS asserts that lack of social and political liberty causes this hopelessness; therefore it is a vital national security imperative for the U.S. to spread freedom.[4]

Where did these ideas, particularly the focus on liberty and democracy, come from?  Certainly, they are a part of historical U.S. discourse, and undoubtedly between 2002 and 2004 they were germinating within and being debated in the White House, U.S. government agencies, and Bush’s reelection campaign.  They were also influenced by the book The Case for Democracy by Natan Sharansky, which Douglas Feith called “required reading” within the Administration.  A former Soviet political dissident and Israeli politician, Sharansky champions the transformative capacity of democracy. His thesis, based in large part on his experience as a political prisoner who witnessed the collapse of the Soviet Union from the inside, is that the desire for freedom is universal, democracies do not make war upon one another, and democratic regimes should act in unison, demanding concessions from dictatorships to allow more freedom in order to foster internal change from within.[5]

In Bush’s case, he received a copy of the book just after the 2004 election. The president was taken with this vision. Sharansky’s argument paralleled and extended many of Bush’s ideas elaborated in the NSS and numerous speeches, they seemed to take the President’s notions to their logical conclusion. It was then that the President decided to meet with Sharansky just weeks later.[6] The result of this exchange was to formalize the thinking about democracy promotion and human liberty as the Freedom Agenda.[7]  Six weeks later the president fully outlined the Agenda in his Second Inaugural address:

America’s vital interests and our deepest beliefs are now one. From the day of our Founding, we have proclaimed that every man and woman on this earth has rights, and dignity, and matchless value, because they bear the image of the Maker of Heaven and earth. Across the generations we have proclaimed the imperative of self-government, because no one is fit to be a master, and no one deserves to be a slave. Advancing these ideals is the mission that created our Nation. It is the honorable achievement of our fathers. Now it is the urgent requirement of our nation’s security, and the calling of our time.[8]

In his speeches, President Bush outlined a philosophy of freedom.  That worldview is based on a number of key assumptions, rooted in the Western liberal tradition and U.S. history, from the Declaration of Independence to Harry Truman to Ronald Reagan, including: