President Obama, May I Have Your Attention Please! 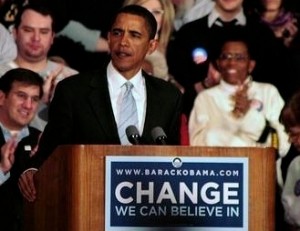 Mr. President, this assessment merits serious consideration. No matter how your generals portray the war on terror, it is a disaster. The military high command was chosen and tasked by the neo-con administration to follow the course set by it. The commanders remain honor bound to prove themselves no matter what the odds. Unfortunately, you have conceded by agreeing to a surge as demanded by your field commanders desperate for more troops. But whether it makes sense to continue wasting American lives and financial resources is a political decision that must take into account broader American interests. Granted that the hands of an American president are to a large extent tied by the long term policies and plans conceived and put in place by the State Department, the Department of Defense, the CIA and the think tanks, but when the nation is faced with desperate times, a president must assert himself and change course. This is one such occasion. The nation looks forward to see you lead, not to be led. Your priority at this time should not be to wage wars outside the American frontiers, but a war inside America on mismanagement, on corruption and on recovery of the teetering American economy. Your must focus not on putting the Afghans out of business, but on putting the Americans back into business. American revival comes first.

But Mr. President it seems that despite your good intentions, deviating from the course set by the previous administration will not be easy. You will be hard pressed to jettison the war on terror, although you have all the right reasons to do that. It is economically unsustainable, detrimental to American geopolitical interests and continues to inflame the Muslim world. You perhaps need to listen to saner voices too. The British commander in Afghanistan warned earlier that this war is unwinnable. George McGovern, former Democratic nominee for president in his letter to you has said and I quote: “To send our troops out of Iraq and into Afghanistan would be a near-perfect example of going from the frying pan into the fire. There is reason to believe some of our top military commanders privately share this view. And so does a broad and growing swath of your party and your supporters.”

George goes on to warn: “True, the United States is the world’s greatest power — but so was the British Empire a century ago when it tried to pacify the warlords and tribes of Afghanistan, only to be forced out after excruciating losses. For that matter, the Soviet Union was also a superpower when it poured some 100,000 troops into Afghanistan in 1979. They limped home, broken and defeated, a decade later, having helped pave the way for the collapse of the Soviet Union.”

Mr. President the entire American premise of fighting terrorism is wrong. America simply follows the dictates of Israel in using force to fight it. Military power cannot deal with terrorism. It only generates more of it. We have made more enemies and created more hatred against us the way we have tackled the issue. Unless America roots out the causes that breed terrorism, and you know where these lie and who stands in the way of resolving them, terrorism will not go away, dangers to our security will multiply manifold, our defense budget will spiral out of control and our social structures will keep crumbling.

Unfortunately, your enthusiasm to unduly please Israel at the cost of American national interests places you at the risk of failure in addressing this crucial issue. The world had not heard of terrorism, as we know it today, until Israel with American backing pushed the Palestinians to the wall. And the rest is history. Today, all over the world terrorism has become the poor man’s weapon to fight for his rights, to express his anger and to avenge injustice. It symbolizes utter desperation. And then it has come to be used by unscrupulous elements to create chaos in pursuance of their own ulterior ends. As long as America remains an Israeli accomplice, enabling it to pursue its wild dreams and perpetuate violence and injustice, there is no hope for a world free of terrorism.

And let me, in conclusion, again quote the senior Democratic leader – George McGovern who addressed you in these words: “The hatred of U.S. policies in the Middle East – our occupation of Iraq, our backing for repressive regimes such as Egypt and Saudi Arabia, our support of Israel – that drives the terrorist impulse against us, would better be resolved by ending our military presence throughout the arc of conflict. This means a prudent, carefully directed withdrawal of our troops from Iraq, Afghanistan, Saudi Arabia, Qatar and elsewhere. We also need to close down the imposing U.S. military bases in this section of the globe, which do so little to expand our security and so much to stoke local resentment.”

I rest my case, Mr. President.