The Palestinian Hunger Strike: “Our chains will be broken before we are…”­ 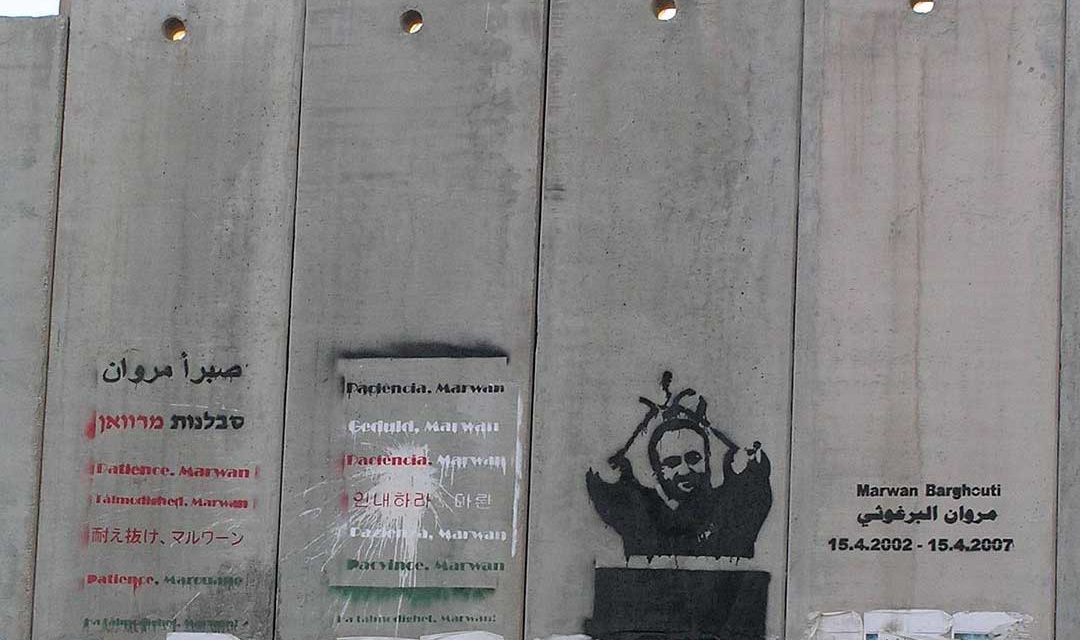 We may look back on Marwan Barghouti’s hunger strike as the beginning of a winning Palestinian endgame.

On April 17, at least 1,500 Palestinian prisoners launched a hunger strike of indefinite duration, responding to a call from Israel’s most famous Palestinian prisoner, Marwan Barghouti. It also happens to be that Barghouti is the most popular political leader—far more liked, trusted, and admired than the President of the Palestinian Authority, Mahmoud Abbas. Barghouti is serving a series of lifetime terms for his alleged role in directing an operation during the Second Intifada in which five Israelis were killed.

Barghouti, who has been in prison for fifteen years, gave his reasons for the strike as “torture, inhumane and degrading treatment, and medical negligence,” as well as a failure to abide by international legal standards pertaining to prison conditions during a military occupation. Even the normally timid International Committee of the Red Cross (ICRC) acknowledged prisoner demands by issuing a public statement asserting that the denial of family visits and moving Palestinian prisoners and detainees outside of the occupied territory to Israeli jails were violations of international treaty norms set forth in the Fourth Geneva Convention governing belligerent occupation.

Barghouti expressed his grievances in an article somewhat surprisingly published by the New York Times on April 16—surprising because the Times, an influential media outlet, has over the years been reliably deferential to the Israeli rationalizations for Israeli contested policies and behavior. It turns out that the newspaper was nervous about this departure from its normal operating mode. Barghouti’s piece only appeared in its international edition, and had a qualifying editorial note appended (italics in the original): “This article explained the writer’s prison sentence but neglected to provide sufficient context by stating the offenses of which he was convicted. They were five counts of murder and membership in a terrorist organization. Mr. Barghouti declined to offer a defense at his trial and refused to recognize the Israeli court’s jurisdiction and legitimacy.”

The New York Times on “Nakba”: Whitewashing the Ethnic Cleansing of Palestine

In retaliation for daring to publish this opinion piece, Barghouti was severely punished. He was immediately placed in solitary confinement, has not been allowed to change his clothes for the past month, and is inspected by prison guards four times a day.

The notorious Canadian ultra-Zionist media watchdog Honest Reporting explains on its website that its goal is “defending Israel from media bias.” Honest Reporting expressed its outrage by condemning the New York Times for opening its pages to a convicted Palestinian ‘terrorist.’ It is Orwellian to so describe Barghouti, a political leader courageously defending his people against an unlawful and oppressive occupation that is approaching its 50th anniversary, and is now best understood as a crime against humanity taking the form of apartheid victimizing the Palestinian people as a whole, and not just those living under occupation. If the Honest Reporting was indeed honest, it would expose the pronounced media bias in the West shielding Israel from international accountability and obscuring the severity of Palestinian grievances under international law and morality.

The world media treatment of this massive Palestinian strike is typical, although nevertheless disappointing. It gives meager attention to the dramatic character of such a prison protest that has continued for over a month, stimulating many solidarity demonstrations throughout occupied Palestine, a sympathy 24-hour hunger strike by South Africans including the prominent Deputy President Cyril Rhamaposa, and widespread shows of support throughout the Palestinian diaspora. The reaction of the Palestinian Authority has been evasive, with Abbas giving a token show of public support for prisoner goals, while letting it be known privately that he hopes the strike will end as soon as possible.

The behavior of the Israeli Prison Service is an indirect confirmation of prisoner discontent. In a sadistic taunt, Israeli settlers were allowed to have a barbecue in the parking lot in front of one of the prisons, apparently mocking the hunger strikers with the pungent aroma of meat being grilled. Worse than this, a fake video was distributed by prison official purporting to show Barghouti having a snack in his cell. This effort to discredit the strike and its leader has been angrily denied. Khader Shkirat, Barghouti’s lawyer, explained that there was no way food could be smuggled to someone in solitary, especially with frequent room searches. It was finally conceded by prison officials that food was delivered to Barghouti’s cell by prison guards trying unsuccessfully to tempt him to break the fast. Barghouti on his side responded via his lawyer, “I plan to escalate my hunger strike soon. There is no backtracking. We will continue until the end.” Barghouti, 58, has according to the last report has lost 29 pounds since the start of the strike, and now weighs 119, planning to refuse even water.

Even if this dire commitment is not carried through to a potentially grim finality it will not tarnish the significance of what has been undertaken, and the great reluctance of the world to focus its attention on such a display of nonviolent martyrdom. This is not the first Palestinian prison strike motivated by abusive prison conditions and instances of administrative detention, arresting and jailing without any formal charges. But it appears to be the most consequential due to the participation of Marwan Barghouti along with so many other Palestinian prisoners as well as producing many displays of solidarity beyond the prison walls.

As Ramzy Baroud has pointed out in an Al Jazeera article published on May 10, 2017, the strike, although putting forth demands relating to prison conditions, is really a reflection of the underlying ordeal, what he refers to as “the very reality of Palestinian life”; it is above all “a call for unity against factionalism and Israeli occupation.” The distractions created by the Trump presidency, Brexit and the rise of the European right-wing, and turmoil in the Middle East have given Israel’s leadership the political space to push their expansionist agenda toward an imposed outcome of one Jewish state imposing its will on two distinct peoples. Such an endgame for this version of colonialist displacement and subjugation of the indigenous majority population will extend Palestinian suffering in the short-run, but will over time undermine Israeli security and stability, and bring the long Palestine nightmare to an end.

The British leadership finally appreciated their own interests, forging a political compromise in Northern Ireland in the form of the Good Friday Agreement, which while fragile and imperfect, has mostly spared Catholics and Protestants further bloodshed. Will the Israeli and U.S. leadership grow responsive to the moral and legal imperatives that call for a sustainable and just peace between these two peoples before the political imperative of such an essential outcome assume more menacing forms?

Against all expectations, the South African leadership did eventually become so responsive, but only after enough pressure was exerted internally and internationally. The South African leadership produced a new dawn by releasing its prime ‘terrorist’ inmate, Nelson Mandela, from prison, and the rest is history. Marwan Barghouti is clearly available to play such an historical role in relation to Israel. It will be a tragedy if Zionist ambitions and American-led geopolitics preclude this from happening! The road to peace for Israel is the similar to the road to peace for apartheid South Africa: dismantle the apartheid regime that now dominates and discriminates against the Palestinian people on a systematic and totalizing basis. Such a projected future may seem a dream, but dreams can be made to come true through the dynamics of a struggle for justice. If so, we may look back on Barghouti’s hunger strike as the beginning of a winning Palestinian endgame.

It is important that we appreciate that a hunger strike is not only a pure form of nonviolence, but is also a self-inflicted sacrifice by those who seek to exhibit their opposition to the existing state of affairs in this manner, hoping to create conditions that produce change. It is an extreme type of resistance that in its essence is an appeal to the conscience and compassion of its opponents and public opinion generally. As Gandhi found out in racist South Africa, if that conscience and compassion are not sufficiently present within a given society such tactics are futile, and violent resistance becomes the only alternative to submission and despair. Israel has been repeatedly challenged by the Palestinians to do the right thing, but responds increasingly by treating all of its adversaries as ‘terrorists’ regardless of their behavior, while itself continuing to defy international law thereby denying the most fundamental rights to the Palestinian people and repeatedly relying on excessive force to safeguard its dominance.