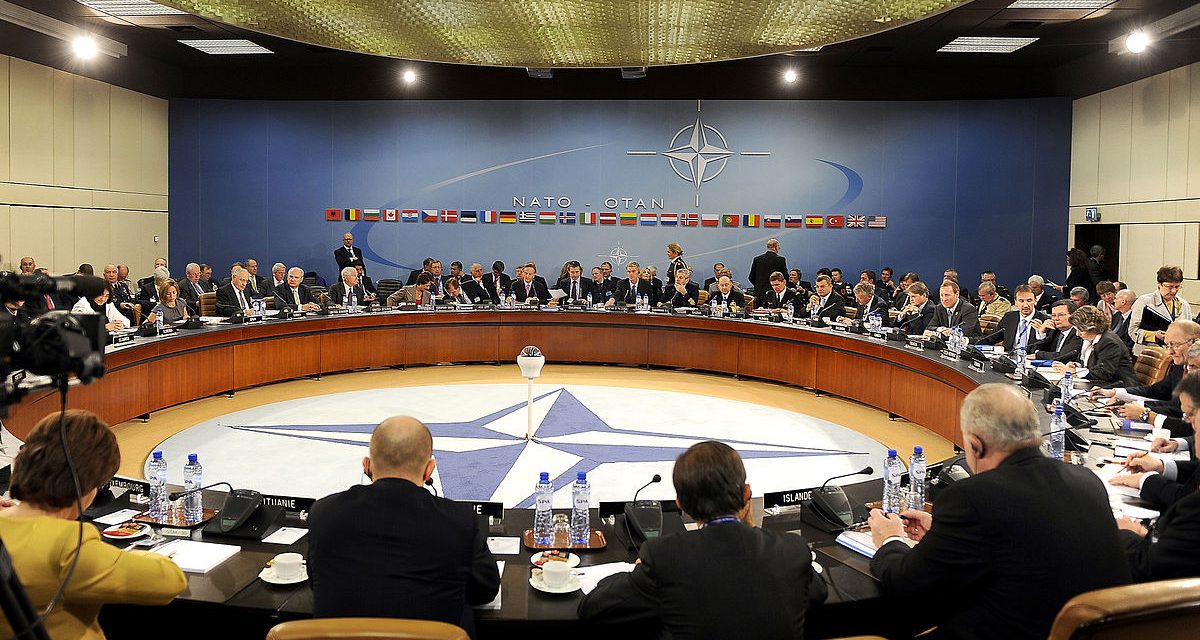 U.S. Defense Secretary Robert M. Gates and other members of NATO Ministers of Defense and of Foreign Affairs meet at NATO headquarters in Brussels, Belgium, Oct. 14, 2010, to give political guidance for the November meeting of Allied Heads of State and Government at the NATO Summit in Lisbon, Portugal. (Master Sgt. Jerry Morrison/US Air Force)

Washington and its two-bit punk NATO vassals are endangering all of human life by increasing tensions between nuclear powers.

Former US Secretary of Defense William Perry warns that the world is on the knife edge of nuclear catastrophe. Such catastrophe can result accidentally from electronic failures or glitches in warning systems and from the recklessly aggressive and unnecessary force buildup against Russia. Conn Hallinan discusses these issues.

I doubt Hallinan is correct about Washington’s military predominance. This is Washington’s view, and this view makes Washington confident that it holds the aces. It is a mistake for Hallinan to encourage Washington in this view. Nevertheless, Hallinan makes it clear that we could all be vaporized at any minute. This extremely high risk has been created entirely by the Clinton, George W. Bush, and Obama regimes in which Zionist neoconservatives have controlled foreign and military policies.

It is tiresome to hear the argument that nuclear war won’t happen because it makes no sense. William Perry points out that the failure of a 49-cent computer chip resulted in NORAD’s computers signaling that the Soviets had launched 220 nuclear missiles at the United States. Just think about all the failures and glitches in our own personal computers, even the best ones.

The mere existence of nuclear weapons means the nonexistence of life on earth. It will happen sooner or later. To raise the risk as the crazed American government is doing with irresponsible provocations of the Russians and Chinese is the ultimate criminal act.

There is no greater threat to human rights than to endanger all life, and that is what Washington and its two-bit punk NATO vassals are doing by increasing tensions between nuclear powers.