Not Bombing Syria Harmed US Credibility, but Sinking the Iran Nuke Deal Won’t? 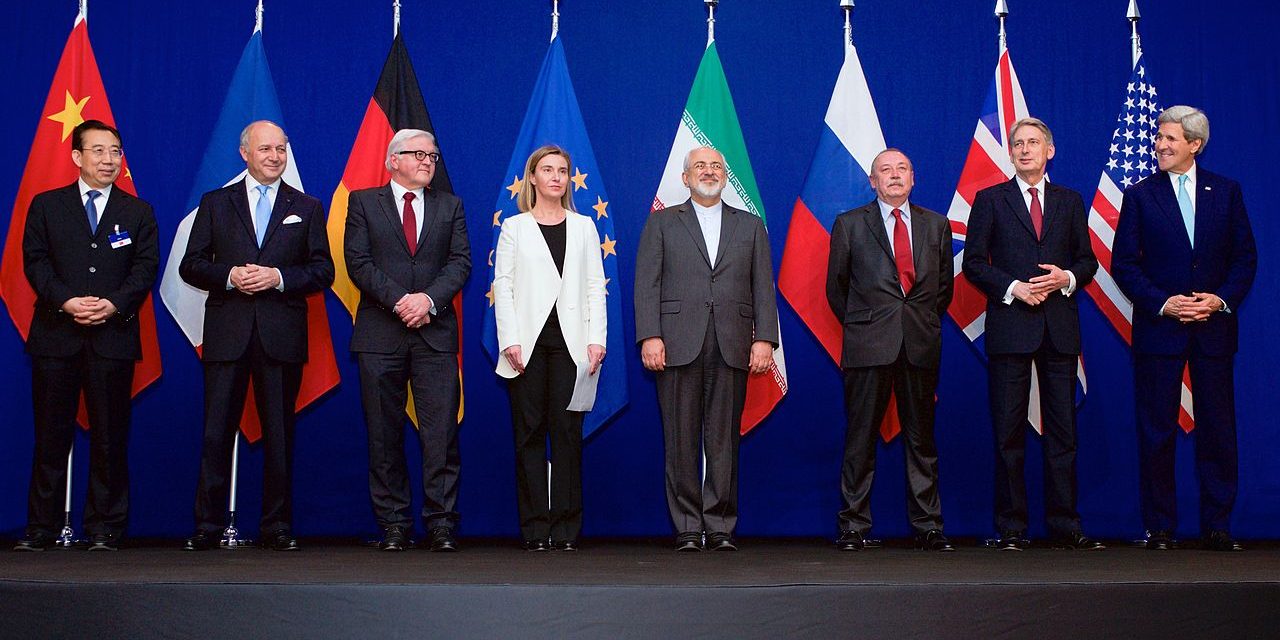 It’s almost as if neocons support the most aggressive foreign policy option possible regardless of circumstances and craft their rationale afterwards.

In the bubble regularly occupied by neoconservatives and foreign policy hawks, August 2013 was a seminal moment in American history. To hear them tell it, a hundred years from now as the world lies in smoking ruins, we will look back with horror and regret to that one time when the President of the United States decided that unilaterally bombing Syria was not in our national interest.

It was (apparently) a simpler time before Barack Obama’s reign: the United States was universally respected, our allies knew they could count on us and the tyrannical regimes who threatened U.S. interests abroad were cowed into submission by the very strength of our collective resolve.

Then, tragically, Obama fatally undermined America’s standing in the world. While discussing his rationale for keeping U.S. military assets out of the Syrian civil war at a 2012 news conference in Stockholm, Obama stated that the use of chemical weapons by Assad’s army would cross “a red line” and would “change the calculus” for considering military action. When reports began surfacing of multiple chemical weapons attacks in Syria throughout 2013, Obama went back on his word and refused to defend international norms. Aides would later insist that President’s “red line” comments were uttered “off-the-cuff” and given far more weight by critics and the media than originally intended.

To his critics, this failure to back words with actions smacked of weakness. Now, with its credibility in tatters, America is on the run. Our enemies no longer fear us, our allies no longer trust we mean what we say and the world is a much more dangerous place as a result.

Like many neoconservative history lessons, this narrative is both self-serving and patently false. President Obama first planned to conduct airstrikes on Bashar Al-Assad’s government without congressional authorization, but quickly changed course when Congress, the American public, and our closest European ally all balked at the prospect of becoming enmeshed in yet another Middle Eastern civil war. Airstrikes on Syria would have further destabilized the region and given the United States ownership of another drawn-out, nation-building exercise it could neither fix nor walk away from.

Secretary of State John Kerry suggested that Assad could avoid airstrikes by agreeing to remove all chemical weapons caches from the country. Shortly thereafter, Russia stepped in and brokered a deal to do just that. While independent reports have confirmed that Syrian caches of mustard and sarin gas precursors were removed, the Syrian government still utilizes chlorine gas bombs (chlorine is considered a dual-use chemical with general applicability. It is not listed on any of the three schedules listed by the Chemical Weapons Convention, but is still lethal and devastating.) Stripped of both his public rationale and the support of stakeholders both inside and outside the United States, Obama quickly abandoned any plans for military intervention.

This series of events has been largely swept away by foreign policy hawks and neoconservatives in favor of their preferred narrative that Obama “blinked” in a staring match with Assad and the world has suffered ever since.  It is as close to an article of faith these days among hawks and neoconservatives as you will find. Arizona Senator John McCain called it a “defining moment” that struck a “gigantic blow” to the reputation of the U.S. One of the leading Republican presidential contenders, Texas Senator Ted Cruz, regularly mocks Obama on the campaign trail for not enforcing the red line (while omitting the fact that Cruz himself led opposition to the strikes in the Senate). Richard Haas, president of the Council on Foreign Relations, gave a typical, hyperbolic analysis last year of how hawks have interpreted the fallout:

“Probably the most consequential thing the president didn’t do in his presidency was follow up on his pledges in Syria to attack the regime after they used chemicals,” said Haas. “That had consequences not just in Syria, not just in the Middle East, but throughout the world.”

Writer Daniel Larison of The American Conservative remains one of the most consistent voices on the right pushing back against the hawkish, neoconservative logic that still largely dominates foreign policy in his party (while making major inroads in the other.) Among his favorite piñatas is the “credibility” argument put forth by U.S. hardliners, and he has documented over the years that, despite repeated cries that the decision harmed U.S. interests and emboldened bad actors like Russia and China, there isn’t any actual evidence that this is true.

“It is simply taken for granted that U.S. ‘credibility’ has been lost [by not striking Syria] because that is what proponents of this view believe must have happened,” writes Larison, pointing out that claims the red line incident influenced Russia’s actions with respect to Ukraine or China’s behavior in the South China Sea “have been debunked again and again.”

Larison’s argument is simple: failing to follow through on an ill-advised, off-script remark threatening military action is not remotely the same as violating a formal treaty or abandoning an ally in need. Furthermore, our friends (and enemies) readily understand the difference, even if hawks do not. The U.S. has no formal obligation to attack or defend any party in Syria, and in any case Obama was able to accomplish his stated rationale for airstrikes (removing Syria’s chemical weapons stockpiles) through non-military means.

Still, the argument that the “The Red Line” tarnished U.S. credibility remains persistent, with critics lamenting the issue to this day. So it is rather odd that many of the people who fret the most over our inability to follow through on a non-binding threat are the same ones strenuously arguing in favor of walking away from the nuclear deal with Iran, something that actually would dramatically harm U.S. credibility on the global stage.

The same John McCain who agonized over how the international community might not forgive the U.S. for failing to follow through on its word has also called for Congress to formally reject the Iranian nuclear deal after the Obama administration (along with allies Great Britain, Germany and France) has already agreed to terms. Cruz has famously promised to rip up the agreement “on day one” of his presidency.

Despite the fact that the U.S. and its allies have dedicated years of effort, sacrificed their own economic interests and expended substantial political capital reaching an agreement, “credibility” hawks seem to believe that sinking the nuclear deal will bring with it no meaningful consequences or repercussions. Some have suggested that after killing the deal, the U.S. could convince the international community to keep the sanctions regime in place by threatening to cut off trade with any nation who dares to do business with Iran.

For one, the other countries involved in negotiations have already warned Congress that they won’t support continued sanctions if the U.S. walks away from the agreement. As for restricting trade to countries that deal with Iran, The Center for Arms Control and Non-Proliferation rightly called this approach “ludicrous” and pointed out that such economic warfare would likely harm U.S. economic interests as much or more than it did the countries we targeted. The center also argues that if the U.S. walks away now, the next round of negotiations will be “at a table for one” as none of the other nations (or Iran) are interested in renegotiating the terms of the deal. Iran would then get best of both worlds, receiving “sanctions relief without having any constraints on its nuclear program.”

Obama’s critics claim that the U.S. left a better deal on the table, but it took years of fragile negotiations before an agreement was reached, and only then after multiple extensions. Congressional hawks frequently imagine what other countries must think of the U.S. after failing to use force against Syria, but are dismissive when allies warn them of the very real consequences of scuttling the Iran deal.

None of these contradictions ever penetrate the bubble, and those who regularly deploy arguments about reputation and credibility in favor of enforcing the Syrian red line almost never apply them to Iran. It’s almost as if neoconservatives and hawks support the most aggressive foreign policy option possible regardless of circumstances and craft their rationale afterwards.

The reality is that for a large part of the American foreign policy establishment, Iran remains more of a personal grudge than business. In 1953, a CIA/MI6-orchestrated coup installed a Western-friendly government, giving the U.S. and Great Britain access to Iranian oil and a proxy to carry out their other foreign policy objectives. The overthrow of the Shah and the painful, drawn-out hostage crisis that followed has left bitter wounds on both sides.

It’s not just history pushing confrontation. Two of America’s closest allies in the Middle East, Israel and Saudi Arabia, are also the two strongest powers in the region. Much of that is due to generous subsidies from the United States. Neither has a sterling record of human rights, and both pursue policies that deeply undercut long-term U.S. foreign policy objectives for the region, but both countries give America a footprint in a very hostile (and oil-rich) region of the world.

A similar reconciliation between Washington and Tehran, a normalizing of diplomatic relations, could threaten the balance of power in the Middle East. The emergence of Iran as a potential partner could provide future U.S. presidents with new options for diplomatic engagement and perhaps reduce the power and influence of its other clients. And so naturally, Saudi Arabia and Israel are the two most vocal opponents of any deal that might remove the specter of a nuclear Iran from the stage.

Like many important issues, the fate of the Iranian nuclear agreement will rest on the results of the U.S. election. If either Trump or Cruz win, the deal will be dead before they take office. Cruz has promised to “rip up” the Iran agreement on day one of his administration, and his past thoughts on the very legitimacy of the current deal suggests he would have no difficulty finding a pretext to walk away from anything signed by the Obama administration. Like he has on many issues, Trump has issued contrasting statements on Iran, but has called the nuclear agreement a “horrible deal” and stated that Israel would “not survive” the deal in its current negotiated form. With the U.S. no longer presenting a good faith negotiator, hardliners on both sides will be empowered, and the U.S. and Iran will slide inexorably back onto the path to war.

Neoconservatives and hawks are hopelessly invested in the narrative that declining to use force in Syria undermined America’s reputation with the international community. The reality is that unnecessary military interventions in countries like Iraq and Libya (and the enduring chaos they created) have done far more to tarnish America’s standing in the world. By sinking the nuclear deal, the U.S. would be shutting the door on the first meaningful chance for engagement with Iran in a generation and setting itself up in the future for another preventative war over uncertain weapons of mass destruction. If it goes anything like our last few Middle Eastern engagements, one can only hope that we come out the other side with some of our credibility intact. 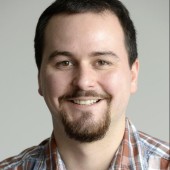 Derek Johnson has a Bachelor's degree in Print Journalism and a Master's degree in Public Policy. He has six years of professional writing experience as a journalist, research analyst and freelance writer.