Yemen at War: The New Shia-Sunni Frontline That Never Was 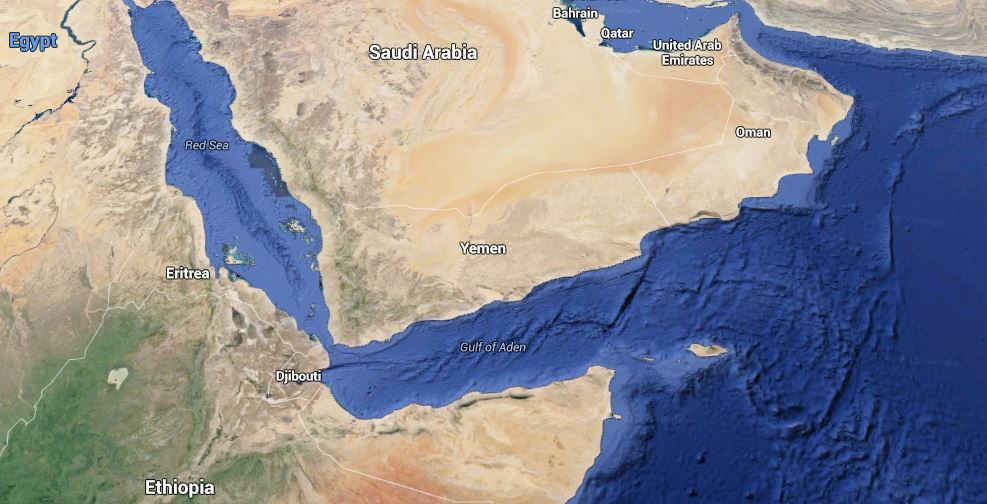 This war in Yemen is not a religious one, but world powers are doing a really good job at turning it into one.

In utter and complete violation of international law, Saudi Arabia, the world’s most violent and repressive theocracy, declared war on its southern neighbor Yemen, on March 25, 2015, calling on a broad military coalition to lend its support. Behind Saudi Arabia stands Jordan, Morocco, Bahrain, Kuwait, Qatar, Egypt, Sudan, the UAE, the U.S., the EU, and Pakistan.

As unsuspecting Yemenis slept in their homes, Saudi Arabia and Co. unleashed a deluge of bombs onto the capital, Sana’a, caring little for the millions of civilians below, intent on crushing their designated enemy, the Houthis.

The new object of the kingdom’s disaffection, the Houthis are a Yemeni rebel group hailing from northern Sa’ada organized under the leadership of Abdel-Malek Al Houthi and have been actively depicted in western and pro-KSA media as the source of all evil, a Shia rebel faction in collusion with Iran, the new enemy to hate and, above all, the new target to destroy.

And while such a narrative could be easily construed as politically charged, the mere manifestation of Saudi Arabia’s paranoiac fear that  Iran might one day ambition to dissolve its mighty Arabian empire, labelling the Houthis as Shia and inferring they represent Yemen’s entire Shia community has only served to fuel negative sectarian sentiment while stripping all Shia in Yemen from their inalienable national civil rights.

While this rhetoric serves the kingdom’s reactionary religious stance, appealing to its radical religious leadership, it has put Yemen and of course all Yemenis in the crossfire of a dangerous debate: freedom of religion. More importantly such a reduction of Yemen’s political, social, and religious makeup is as bias as it is profoundly erroneous.

In the words of famous Irish politician, David Trimble, “The dark shadow we seem to see in the distance is not really a mountain ahead, but the shadow of the mountain behind—a shadow from the past thrown forward into our future. It is a dark sludge of historical sectarianism. We can leave it behind us if we wish.”

So what happened in Yemen that the world has felt compelled to revert to religious labeling and shaming in order to advance its political agenda on the ground?

The first element here that needs to be understood is that Saudi Arabia, the main instigator of violence and promoter of hate, is itself defined within the parameters of religious radicalism— in essence, reactionary Sunni Wahhabis are prone to reject anything that does not fall in line with their understanding of the divine. This trait has been amply demonstrated by Riyadh in its brutal and often bloody repression campaign against Shia rights activists in the eastern province of Qatif.

The arrest and subsequent sentencing to death of Sheikh Nimr Al Nimr stands as testimony to Saudi Arabia’s intolerance towards whoever or whatever is perceived to represent a threat to its authority—religious, political or otherwise.

But back to Yemen….

A lesson in religion: What is Zaidism?

To better understand what is at play and truly grasp the tragedy that is unfolding in this once joyous nation of southern Arabia, one needs to go back to the social-religious makeup of Yemen.

Yemen is a Muslim nation. And though Islam acts as the axis upon which the constitution has been weaved, it is important to understand that unlike its northern neighbor Saudi Arabia, Yemen is at heart a tolerant and religiously inclusive country.

Now, Yemen’s Muslim population can be broken down into two main religious groups: the Sunnis to the south and the Zaidis to the north.

Zaidism, the oldest branch of Shia Islam, carries very little difference to Sunnism—at least not in the sense many might think. Just as Sunni Islam is not Saudi Arabia, Zaidism is not Shia Iran.

Now, about 40 percent of Yemen’s total population is Zaidi. Yemen’s Zaidi tradition dates back to eighth century AD, when the Ummah (Muslim community) was experiencing its first great schism.

Inspired by Imam Hussein’s grandson, Zayd, Zaidis are also known as Fivers and are different in their philosophy from the Twelvers—mainstream Shia Islam.

With a religious tradition stretching back across the centuries, Yemeni Zaidis are hardly an oddity or even a new religious phenomenon as some media have attempted to portray them to be. If the world suddenly woke up to Yemen’s Zaidi character, it is mainly because the religious suddenly appeared as a potent political catalyst, a weapon of opportunity.

Came along the Houthis…. As it happens, the Houthis, a tribal faction from northern Sa’ada organized politically under the denomination, Ansarallah, are Zaidi Muslims. And while they never hid this factor from their identity, their affiliation to Zaidi Islam has been of no consequence when it comes to their political demands.

Like any other political groups in Yemen, the Houthis have defined themselves through their demands, not their faith, as the Saudis and the world would do for them!

While all Houthi tribesmen—not to be confused with the group’s political arm, Ansarallah, since the faction now includes within its ranks Sunnis—are Zaidis, not all Zaidis are Houthis. The Houthis are merely a tribal group within Yemen; they do not speak or represent the whole of Yemen’s Zaidi community. And while the Houthis carry immense weight within Ansarallah, not all Ansarallah members are Houthis. Many of Ansarallah leaders—Ali Al Amad, for example—do not belong to the Houthi tribe.

It is this confusion that has fed the wave of abuses that has befallen Yemen Zaidis and to a greater extent Yemen’s broad Shia community.

As noted by Hawra Zakery, a rights activist with Shia Rights Watch, “Considering the increasing anti-Shia movements in Middle East, it is critical that politicians and media outlets differentiate between militant groups and majority of Shia populations in order to present this minority in a more realistic picture.”

Shia Islam stands now the boogeyman, the twisted religious ideology that everyone is so very scared of. Thing is, no one really knows why. And therein lies an interesting question indeed.

Why is it, for example, that the Houthis continue to be labelled as this “Shia rebel group” when other groups do not enjoy the same flurry of adjectives?  Not even Al Qaida. Why not describe Al Qaida as this Sunni radical/Wahhabi terror group? Or would that be upsetting for Saudi Arabia? Would that automatically entails painting off all Wahhabis and Sunnis for that matter, under the terror brush?

Actually yes it would! And of course that would be unfair, prejudice and above all self-defeating.

Playing religion to fuel negative sentiments and somewhat rationalize violence will only lead to more senseless violence and bloodshed.

And while the world remains at war with Yemen, Shia Rights Watch has rung the alarm, calling on world powers to honor their commitments to international law and human rights and change the pervasive narrative which is tearing Yemen apart from the inside out.

“Freedom of religion is an alienable right. Yemen’s Shia community should not be turned into a political target so that to fit foreign powers’ agenda. People should not have to feel threatened in their religious identity and be turned into easy targets of hate, shun by society as they are members of a minority,” said SRW in a statement.

SRW actually argues that groups such as Al Qaida and ISIS have benefited from the rise of anti-Shia sentiments, both in Yemen and the broader region, as reducing the debate to a framework of Sunni versus Shia fits directly into its politico-religious narrative. The rights groups have not been alone in this assessment.

Marwa Osman, a political analyst and commentator with RT stressed earlier this April that Saudi Arabia’s anti-Shia campaign will carry heavy repercussions throughout the Middle East.

“The violence in Yemen began this month on March fourth when a car bomb exploded outside a stadium in Beitha,”  wrote SRW in its March report, “which resulted in the death of 10 Shias and the wounding of 50 more. This was only the beginning of the casualties as 167 Shias were murdered, and 400 were injured. 143 of the deaths and 350 of the injuries took place on March 20th when the Islamic State terrorists performed four mosque bombings. This is the first month this year that Yemen has had reported anti-Shia incidents, but the invasion by neighboring Gulf States may bring more casualties. The Arab coalition forces have already begun racking up the civilian casualties, which include a refugee camp, and the invasion cannot end well.”

More troubling yet, Yemeni Zaidis have been turned away from hospitals in the capital, refused care by doctors on account of their Zaidism over the past few months—yet another manifestation of this new rising hatred politicians and media have fueled and fed.

Hossam Al Hamdi, an administrator at one of Sana’a hospitals said he personally witnessed two incidents when Zaidi patients were told to leave the premises and seek treatment elsewhere. “There’s been a great deal of tensions within the communities as a lot of people have transferred their political antipathy of the Houthis onto all Yemeni Zaidis … This is really a worrying development as Yemen has never experienced such problems before.”

While Yemen suffered many woes over the years, decades and centuries, sectarianism was never part of the equation. Are we to believe that Yemen Zaidi community, which community has been around since the eighth century suddenly became a potent threat to national security? Or is it that politicians would much rather exploit religion to rationalize very worldly ambitions: money and power.

This war in Yemen is not a religious one, but world powers are doing a really good job at turning it into one.

Let us all remember why Saudi Arabia sent the heavy cavalry in Yemen: oil and control over the world oil route. 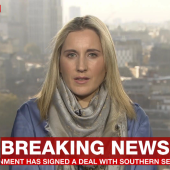