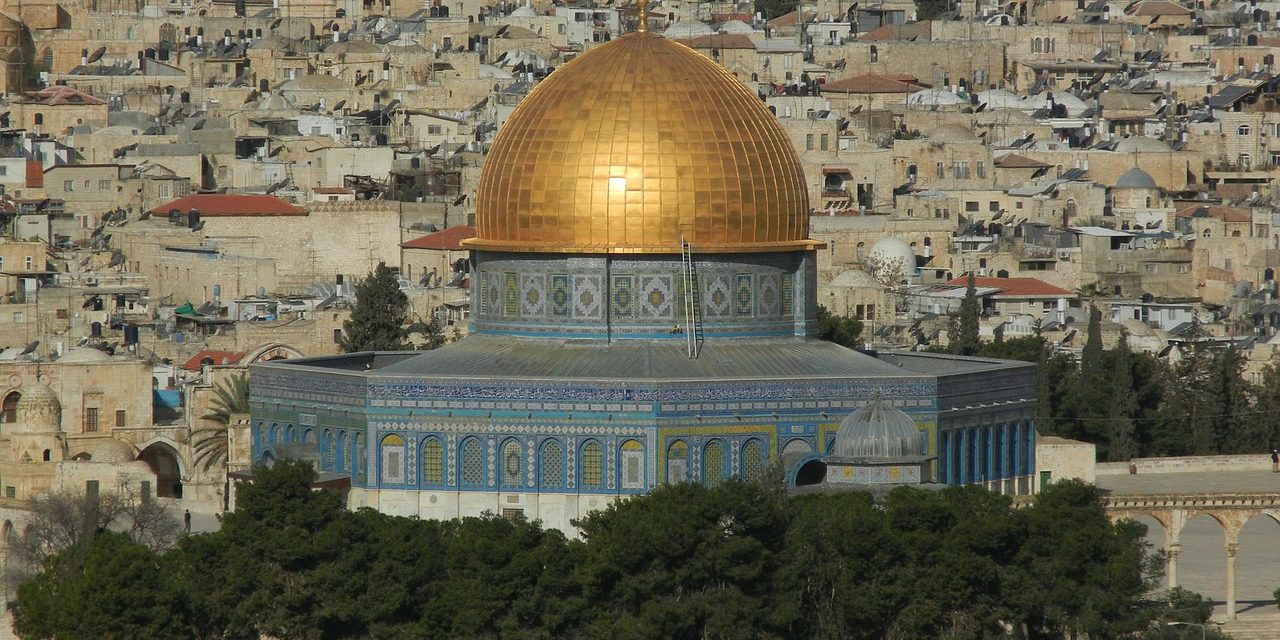 Israel’s decision to shut down al-Aqsa Mosque on Thursday, October 30, is not just a gross violation of the religious rights of Palestinian Muslims.

In fact, the rights of Palestinian Muslims and Christians have been routinely violated under the Israeli occupation for decades, especially in Jerusalem, and more recently in Gaza. During the 51-day war on the Gaza Strip, a reported 73 mosques were destroyed, while 205 were partially destroyed, according to a Palestinian government report.

The Noble Sanctuary located in Jerusalem’s Old City, is known as Haram al-Sharif in Arabic and is home to the al-Aqsa Mosque and the Dome of the Rock. It serves as much more than a religious role in Palestinian society because it is a unifying national force and symbol as well. Thus, unsurprisingly, it has been a target of numerous Israeli raids, including attempts to burn it down, or conduct excavations under it to seek the fulfillment of biblical prophecy.

In response, “Defending al-Aqsa” has been an unswerving rallying cry for Palestinians throughout the years. Several Palestinian uprisings were unleashed as a reaction to Israeli political or military plans to alter the status quo over the mosque. The Al-Aqsa Intifada in 2000 was one such uprising. It lasted for nearly five years, during which thousands of Palestinians and hundreds of Israelis were killed in clashes that were provoked by late Israeli leader, Ariel Sharon.

That context should be remembered if the current coverage of the very worrying situation in and around Jerusalem is to be meaningful in any way.  The war on the mosque, which is central to the spirituality of hundreds of millions of Muslims around the world, is not simply the work of a few Jewish extremists. It is part and parcel of an Israeli government agenda which has been crystalizing in recent years and months. Next month, for example, the Israeli Knesset will vote on a motion calling for the partitioning of al-Aqsa.

One of the leading advocates of that partition, at least in terms of a first step towards a complete takeover, is the Temple Mount Faithful organization, headed by Yehuda Glick.

Founded by Gershon Salomon, Temple Mount Faithful Movement, according to its website, is dedicated to the “the vision of consecrating the Temple Mount to the Name of G‑d, to removing the Muslim shrines placed there as a symbol of Muslim conquest, to the rebuilding of the Third Temple on the Temple Mount, and the godly redemption of the People and the Land of Israel.”

This messianic vision is not entirely alien to the discourse of Benjamin Netanyahu’s government. His logic in defense of illegal settlements in occupied Jerusalem is such: “The French build in Paris, the English build in London and the Israelis build in Jerusalem. To come and tell Jews not to live in Jerusalem – why?”

Indeed, there seems to be little conflict between the vision of the Temple Mount Faithful Movement-like organizations, the political attitude of Tel Aviv or the many steps underway to terminate Palestinian properties, demolish homes, and expand Jewish settlements.

Yehuda Glick, the well-funded US-Israeli “activist”, whose obsession with destroying al-Aqsa knows no bounds, and who has been frequenting the mosque in provocative visits under Israeli police cover for years, has been the face of the Israeli designs against al Aqsa.

On Wednesday, October 29, a suspected Palestinian assailant shot and wounded him as he stepped out of a Jerusalem conference focused on building the Temple Mount on the ruins of al-Aqsa. His alleged attacker, Moataz Hejazi was killed by Israeli police. His sister told Al-Jazeera on October 30 that her brother was badly beaten, then taken to the roof of a nearby building and shot.

The decision to shut down al-Aqsa took place after the incident. Some in the media and in Israel see Glick – who has been a notorious figure for many Palestinian Jerusalemites throughout the years – as a victim of wanton Palestinian violence. He was “part of a growing movement among religiously militant Jews demanding more prayer rights at the al-Aqsa compound,” ABC News casually reported.

But Glick demanded more. His group’s mission was to ethnically cleanse the Palestinian inhabitants of East Jerusalem. His actions testify to this.

The shooting of Glick is reminiscent of a similar episode in the blood stained history of the region, one that had dreadful consequences.  On  25 February, 1994, the US-born Jewish extremist Baruch Goldstein stormed into the Ibrahimi Mosque in the Palestinian city of al-Khalil (Hebron) and opened fire.

The aim was to kill as many people as he could, and that he did, by killing up to 30 people and wounding over 120.

It was not enough that Israeli soldiers within the vicinity of the Ibrahimi Mosque allowed Goldstein – armed with a Galil rifle and other weapons – access to the mosque, but they opened fire on worshipers as they tried to flee the scene. Israeli soldiers killed 24 more and injured others.

Goldstein was a member of the Jewish Defense League (JDL), a racist party of Jewish extremists founded by Meir Kahane. The Temple Mount Faithful, like other such extremists groups, consider Goldstein, a hero. Like Glick, Goldstein was also American and lived in an illegal al-Khalil settlement.

While Goldstein’s mass murder was condemned by many, including many Israelis, there is no denial that Jewish extremists, who are mostly populating the illegal settlements of the West Bank and Jerusalem, are part of a larger Israeli government plan aimed at ethnically cleansing Palestinians.

While Israeli bulldozers dig into Palestinian land during the day, leveling mounds of ground and destroying olive groves for settlement expansion, heavy machinery burrows beneath the Old City of al-Quds – Jerusalem – at night. The Israelis are looking for evidence of what they believe to be ancient Jewish temples, presumably destroyed in 586BC and 70AD.

To fulfil the “prophecy,” Jewish extremists believe that a third temple must be built. But of course, there is the inconvenient fact that on that particular spot exists one of Islam’s holiest sites: The Noble Sanctuary. It has been an exclusively Muslim prayer site for the last 1,300 years.

The combination of right-wing politicians allied with religious zealots is now defining the Israeli attitude towards Palestinians, particularly in Jerusalem. They are eyeing al-Aqsa for annexation, the same way the Israeli government is laboring to permanently annex large swathes of the occupied West Bank.

In fact, last February, the Israeli Knesset chose the 20th anniversary of the Goldstein massacre of Palestinians in al-Khalil, to begin a debate concerning the status of the al-Aqsa compound. Powerful right-wingers want the government to enforce its “sovereignty” over the Muslim site, which is administered by Jordan per the Jordanian-Israeli peace treaty of 1994. Israeli MP, Moshe Feiglin, is the man behind the move, but he is not alone.

Feiglin is a member of Netanyahu’s Likud party, and has strong backing within the party, the government and the Knesset. His supporters include Yehuda Glick, the American-born fanatic.

It remains unclear what fate awaits al-Aqsa Mosque. Caught between Israeli annexation plans, raids of Jewish extremists, international silence and a history of bloodshed, al-Aqsa is facing difficult days ahead, as indeed are the people of Jerusalem, whose suffering, like their city, seems eternal.