Russia to Expand Its Sphere of Influence in Nicaragua

As the world has its eyes set on the ongoing Crimean crisis, Russia has set out to expand its influence in the land of lakes and volcanoes. In a visit to Nicaragua in late April, the Russian Foreign Minister Sergey Lavrov stated that it was time to “synchronize watches with its allies” reaffirming the previous statement made by Russian Minister of Defense Serguéi Shoigú that Russia was looking to install military bases in Nicaragua and that the “will of Moscow” was to expand its global presence; in other words maximizing its sphere of influence with like-minded ideological political systems. Furthermore, the Russian government approved the installation of ground stations using the Global Navigation Satellite System and as of May 9, 2014, two Russian warships have already arrived in Nicaragua. Russia’s sudden interest and mobilization to Nicaragua comes in the midst of the Ukrainian revolution leading many to believe that Russia is countering any potential move on the west by announcing the installment of its air force bases in Nicaragua, as close as possible to USA borders.

The installment of a Russian military base in Latin America not only brings back to memory the Bay of Pigs incident in Cuba, but also beseeches Nicaraguans to be wary of the potential repercussions that having a Russian military base will bring to the country.  At the time of a military conflict, Nicaragua would then become a military objective, raising the fear that Nicaragua will be used as a pawn in the ever-expanding international game of chess.

The potential Russian presence in the country cuts right at the core of a larger issue which seeks to establish a legal dictatorship in Nicaragua, limiting any hope of a democratic reform and establishing the advances of an authoritarianism permitted by law. Basically, while the Russians prepare themselves to expand their political influence in the country, Nicaragua is in the wake of a political disaster as President Daniel Ortega is in the midst of establishing a lasting dictatorship in Nicaragua.

As of February 2014, illegal changes to Nicaragua’s constitution went into effect, thus providing a new decree of authority to the president and changing the entire essence of the political system. The new reform to the constitution has Nicaraguans living in a legalized dictatorship and has undermined the little democracy left in the country. The constitutional reform has tightened President Ortega’s grip on the country giving him full control of the courts, the electoral authority and the legislature. With these prospects in sight, the idea of Russia negotiating the installation of a military base in the country brings more chaos to the already shaky country.

The fact that Daniel Ortega, being an illegal and unconstitutional president, has mortgaged the national sovereignty to a foreign government, completely in disarray to the country’s geography and idiosyncrasies, is bad news for Nicaragua. It is this play of power politics that gives the Russian leeway to start expanding their presence in the country. The government is sending a message to its people that it has the political, economic and military power and thus is able to do with laws and liberties as it sees fit including allowing an outside power to set foot in the country.

Many opposition leaders believe that Russia’s new found interest in Latin America is an attempt to establish a positive relation with potential allies and a way to set foot and gain credibility as a major strategic ally for the region. According to general Nikolay Patrushev secretary of the Russian Security Council, strengthening ties with Latin America  “will allow Russia to coordinate its position on the main problems of International security.” However, after what some perceived as an offensive attitude in the Ukrainian crisis and an increase in tensions with the international community, it is to be understood that the ultimate goal of Russia is to use its bases in Nicaragua against the USA and other NATO powers, since having military bases in Latin America will only provide Russia with more yielding power and an upper hand in any political negotiation.

Nicaragua with its internal chaotic structure, cannot afford to become the token Latin American country that will allow Russia to expand its global dominance. With its current political turmoil the country has more to worry about to even think about becoming the potential setting of a geopolitical struggle. The social, political and economic structure of the country is crumbling in between rampant disregard to the constitution; involving various political and civil rights violations, the dire nature of its economic structure and its compromising dependence on Venezuelan oil for survival. It is not in the country’s benefit to be stuck in a game of geopolitics, as Nicaragua will only be a pawn in the game of chess between Russia and the United States who are the real players.

Public support on the issue is static with the majority of Nicaraguans wanting nothing to do with the Russians; yet they feel powerless to the current Sandinista government. Nicaragua’s Constitution prohibits the establishment of foreign military bases in the country. However, that would not be an impediment to Ortega seeing how not even a constitutional ban was able to stop his reelection. Moreover, the Supreme Court, controlled by the Sandinista party, is ready to interpret the Constitution to justify any action from Ortega. If Nicaraguans could not prevent election fraud and most recently the constitutional reforms how can they defend their nations territorial integrity?  We as a society are the building blocks, the driving force of the country and as such we must act to defend our rights and our country by educating ourselves on the events at hand and demanding accountability. The main mechanism Nicaragua can rely on is an awakening society, one that’s aware that the “ the Russians are coming. The Russians are coming. They’re right around. I’ve seen Russian soldiers…. with Ortega” 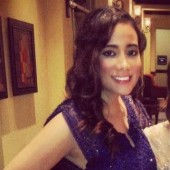 Valeria Gomez Palacios is a freelance writer from Managua, Nicaragua. She studies Diplomacy and Modern languages at the School of Diplomacy and International Relations at Seton Hall University. Her current research interests lie in human rights law, international development and peace management. She has interned at the United Nations offices in Vienna and the Nicaraguan foreign ministry. Fluent in Spanish, German, French and Italian, she works part time as an independent translator for various NGOs.