The Sanskrit-voiced ideas of ‘Shakti’ (Power) and ‘Shanti’ (Peace) are two faces of the same coin, if one can use that as a metaphor for the foreign policy the next government should pursue. To break down these Sanskrit concepts into more prosaic English language, this new policy should not be based on the amorphous ‘strategic autonomy’ foreign policy that the outgoing Manmohan Singh government held on to. ‘Strategic autonomy’, while sounding impressive, is in the real world anemic, hypocritical, directionless, goalless, fearful; bottom-line being the absence of foreign policy for a sovereign and independent state. Strategic autonomy is an outdated concept in an age where the key characteristic is interconnectedness. And the need to collaborate, shape and influence is paramount in international politics.

Former Prime Minister Atal Vihari Vajpayee’s foreign policy is the best example of how the synergy of ‘Shakti’ and ‘Shanti’ work in tandem, the results of which speak for themselves. Vajpayee’s government had accomplished resetting ties with the US, re-engaging Pakistan diplomatically, and strengthened existing ties with Iran, Russia and Europe. In India’s neighborhood, he achieved fruitful engagements with China and Pakistan by decoupling the border issues with both countries from other areas of co-operative engagement. While this decoupling did not resolve the border issue per se and border tensions did come back to haunt India on several occasions, it yet achieved some of the intended rapprochement. Of course, Vajpayee’s greatest accomplishment in projecting direction to foreign policy was the act of making India a nuclear power.

Much water has flowed under the bridges since then with successive governments falling short in projecting India on the global stage that seemed confident to its strategic partners. In that light, given below are current pointers of foreign policy recommendations with countries India will be dealing with on a priority basis.

Afghanistan should benefit from increased Indian military and security assistance as well as private sector investment with government financial loans and guarantees. This would strengthen Afghanistan’s economy, buttress its own military and police to ensure that the influence of armed groups like the Taliban on the day to day life of the Afghan people is limited, and offer hope for a peaceful stable future in a country which has been ravaged for decades by conflict.

India and Bangladesh must finalize and signthe border demarcation agreement in the interests of a secure and manageable international boundary.India should ratify the water sharing agreement with Bangladesh. This would strengthen India’s position in the South Asian neighborhood when negotiating an agreement with China.Also,India should cement a strong counter terrorism agreement with Bangladesh to curb cross border insurgencies from that country into the Northeast of India. There should be clauses for coordinated patrolling of the sea lanes in the Bay of Bengal to prevent drugs and arms trafficking into India using Bangladesh’s coast. These steps would minimize the ill effects of the flow of arms and drugs into India’s northeast and establish mechanisms that will equip Bangladesh to deal with the negative effects generated by the presence of non-state armed groups within its own territory. Critically, two of the core causes of distrust between India and Bangladesh have been the absence of border demarcation and water sharing agreements. Steps taken by India in this direction will lead to better relations with its neighbor.

With China, progressive steps should be undertaken to demilitarize the Line of Actual Control (LAC) with the incentive of bulk cross border trade and building transportation infrastructure.India should facilitate Chinese investment in infrastructure in reciprocation to agreements which support balanced trade. Demilitarization of the LAC will lead to decrease in border tensions, which has regrettably increased in the last few years due to strong Chinese and Indian military presence near the LAC, restrain border intrusions, and limit aggressive territorial claims and counter claims. These have created serious obstacles for trust building, and have limited the scope and cooperative potential of China-India relations.

India should sign a defense co-operation agreement with the Myanmar government to secure the Indo-Myanmar border areas especially along the economic corridors from drugs and small arms networks.Also,an agreement to formalize the existing cross border informal trade is of priority.India’s “look east” policy has all the ingredients to see this through based as it is on increasing connectivity across Myanmar to Southeast Asia for purposes of greater regional cooperation and trade.

India’s engagements with Nepal and Bhutan have to focus on economic development with increasing strategic dialogue with the emerging importance of both countries as buffer countries.Enabling better hydro-utilization of the water resources in both countries with investment in water management and infrastructure should be on India’s to do list.

Coming to Pakistan, complete border dominance should be achieved, especially along the Line of Control (LoC), plus full-proof infiltration surveillance and interdiction capabilities. Indian capabilities should include both defensive and offensive military assets to neutralize terrorist threats emanating from Pakistan. Rebooting former Prime Minister Vajpayee’s offer of diplomatic overtures for dialogue with Pakistan would hold India in good stead.

With Russia, India must work towards building new energy business relationship while expanding traditional areas of defense and space and further strengthen India-Russia strategic partnership in Afghanistan in concert with Iran for bringing about stability and development in Afghanistan.

Sri Lanka would require high level visits as gestures for bringing back diplomatic ties to an even keel. It is critical that India restarts stalled economic engagements with Sri Lanka.

Coming to the US, India should expand and strengthen the civil nuclear relationship for generating alternate sources of energy in the common geo-political ground scenario in Asia as well as boost the US-India defense relationship and military ties for greater inter-operability in counter-terrorism. Re-energizing the technology and innovation synergy between US and Indian private companies should be a priority. Being two of the largest democracies in the world, both the US and India will benefit from strengthening of bilateral ties and should act together to ensure the freedom of the Sea Lanes of Communication and a peaceful Asia; particularly a South Asia, free of the ill effects of underdevelopment, terrorism, and inter-state tensions.. With Iran, India should establish strong strategic ties vindicated by a country rich in culture, civilization, and resources and encourage Iran to play a stabilizing role in the Middle East.

While identifying these countries do not mean that others don’t matter—for instance building stronger economic ties with Europe, Africa, and Latin America should be of priority—it is pertinent that India under the new Modi government resist the temptation to be opaque and non-committal in matters of foreign policy. India must showcase its leadership role; broadcast its capabilities and ambitions; issue directions on what are its foreign policy priorities through the publication of policy ‘white papers’ on defense, economy, strategy, etc.; and take a stand on issues of global concern, including the health of the world’s environment, conflicts in Africa and the Middle East, and transnational crime. This is in tune with its first Prime Minister, Jawaharlal Nehru who asserted India’s presence and role in the world; as a champion of de-colonization and peaceful world order. The scripting of policy papers is critical for India so that countries are not left to second guess its foreign policy parameters as has been the case earlier but benefit from a clear picture of what India’s priorities are, and what are the means that it would adopt to establish a peaceful world order.

It is however not enough to react to world events and global ideas of another’s making and agenda; the time has now come for India to take a lead in shaping world events, and work towards establishing an international order which is inclusive and representative of different values and cultures. Moreover, India should not shy away from utilizing opportune moments to strategically place its own agendas and interests on the world stage and identify countries that are willing to partner and support Indian foreign policy goals which are motivated to strengthen global peace. Taking thoughtless risk is not a good thing, but taking well planned out strategic risks is an art, much elaborated upon and discussed threadbare in the first Indian treatise on statecraft and strategy: Kautilya’s Arthasashtra. It is now time for India to lead, not just sit on the sidelines either due to its position of strategic autonomy or because of a lack of confidence that it cannot utilize the political systems of other nations to its advantage. The underpinning philosophy guiding Indian foreign policy should be: India can shape world events to its advantage, and to the benefit of its population. Its foreign policy should be such that it establishes its place of prestige on the world stage. 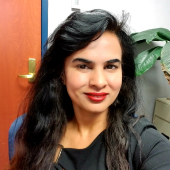 Dr. Namrata Goswami is Research Fellow at the Institute for Defence Studies and Analyses, New Delhi. She was a Senior Fellow at the United States Institute of Peace (USIP), Washington, D.C. and a recipient of the Fulbright-Nehru Senior Fellowship, 2012-2103. The views expressed here are solely that of the author.