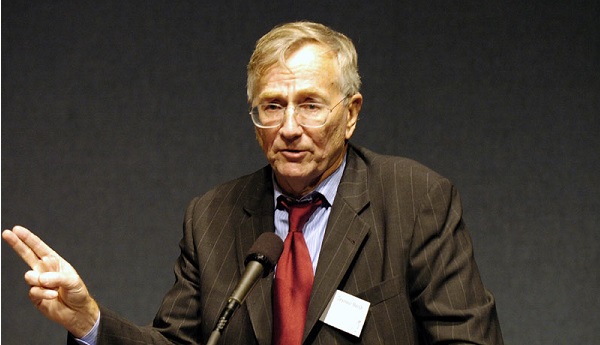 Seymour Hersh at the 2004 Letelier-Moffitt Human Rights Award (Institute for Policy Studies/CC BY 2.0)

A recent report by journalist Seymour Hersh claims to uncover new information about the U.S. and Turkey’s involvement in the Syrian civil war. Combined with Turkey’s shutdown of YouTube and Twitter over rumors of government corruption, Hersh’s allegations further condemn the Turkish Prime Minister Recep Erdoğan for political and military manipulation. Yet the sins of Erdoğan’s administration seem to be an outgrowth of America’s own self-destructive foreign policy.

On August 21, 2013, a lethal nerve agent was released on the Syrian town of Ghouta outside Damascus. The town was host to a faction of rebels fighting the government of President Bashar al-Assad, one of many engaged in a brutal civil war stretching back to early 2011.

More than a thousand Syrians were killed after exposure to the deadly gas, what was later classified by the UK Defense Science Technology Laboratory as “kitchen” grade sarin. On September 10, President Obama publicly denounced the attack and Assad, whom he asserted was the man behind it. “We know the Assad regime was responsible,” he said on national television. “And that is why, after careful deliberation, I determined that it is in the national security interests of the United States to respond to the Assad regime’s use of chemical weapons through a targeted military strike.”

President Obama had previously warned that, should the Syrian government engage in chemical warfare, they would be treading over a dangerous “red line,” provoking military intervention by the United States. One year before the sarin attack, almost to the day, Obama told reporter Chuck Todd, “We have been very clear to the Assad regime…that a red line for us is we start seeing a whole bunch of chemical weapons moving around or being utilized.”

The case seemed cut and dry: American intelligence confirmed that Assad was guilty of chemical warfare, putting him in violation of international law. But that case, according to Hersh, was made through a “deliberate manipulation of intelligence.” That a deadly gas had been used was unquestionable, but a biased narrative was “cherry picked” from the available evidence to cast the Assad regime as the perpetrator.

How was the evidence “picked?” Obama pointed to the fact that, prior to the attack, the U.S. had intercepted chatter about the Syrian army distributing gas masks and mobilizing its chemical weapons personnel. While the Syrian army had performed this exercise, it had done so in December 2012—eight months prior to the attack. Recovered munitions from the gas site matched 330mm caliber artillery rockets, which were linked to the Syrian government because such weapons “had not been previously documented or reported to be in possession of the insurgency.” Yet Theodore Postol, a professor of technology and national security at MIT, reviewed the photos of the rocket and concluded that it was an improvised munition, “something you could produce in a modestly capable machine shop” and did not match the smaller rocket used by the Syrian military. Most importantly, the Washington narrative ignored al-Nusra, the Islamist rebel group designated by the U.S. and the U.N. as a terrorist organization.

Al-Nusra’s stated goal is to establish sharia law in Syria. They have carried out multiple suicide attacks against secular rebel groups and have been linked to small-scale chemical weapons attacks during the war. Furthermore, al-Nusra was known to be operating in Eastern Ghouta in late May and to have acquired Ziyaad Tariq Ahmed, formerly of the Iraqi military, who had “a track record of making mustard gas in Iraq and…[was] implicated in making and using sarin.”

Direct evidence linking al-Nusra to the Ghouta chemical attack does not exist, but neither does direct evidence linking the attack to the Syrian government. Nevertheless, Obama pushed hard for American intervention in Syria, with the sarin attack the cornerstone of his argument. The parallels to America’s previous cornerstones of Middle Eastern war, weapons of mass destruction, cannot be overstated.

Turkey, the “Rat Line” and Benghazi

In Mid-April, the London Review of Books published “The Red Line and the Rat Line,” Seymour Hersh’s investigation into America’s covert operations in Syria.

According to Hersh, America has supplied Syria with weapons and materiel by channeling them through Libya and Turkey. This process was overseen in part by the American consulate in Libya, located in Benghazi.

In January, the Senate Intelligence Committee released a report detailing the assault on the Benghazi consulate that occurred in September 2012. A highly classified annex to the report (distributed to only eight members of Congress) further details the agreement made between President Obama and Prime Minister Erdoğan to transport military supplies from Libya through Turkey and into the hands of Syrian rebels. This back channel, what is known as a “rat line,” was authorized in early 2012 but has yet to be publicly acknowledged by the Obama administration. The Director of National Intelligence also denies the existence of a Turkish rat line.

According to Hersh’s sources, the rat line was funded by Turkey, Saudi Arabia and Qatar and executed by the CIA in conjunction with the UK’s MI6. The CIA is required by law to inform Congress of such covert missions, but not when they involve foreign agencies. This collaboration between the CIA and MI6 was thus classified as a liaison operation, overseen by CIA Director David Petraeus prior to his resignation, and used Libyan front companies to ship packages to Turkey.

The reason for the attack on the Benghazi consulate remains a mystery, but according to a former intelligence official, “The consulate’s only mission was to provide cover for the moving of arms. It had no real political role.”

The Benghazi attack was a tragedy, but it was also a political disaster—publicly and privately. The U.S. lost control of the rat line shortly afterwards, but even prior to the deaths of four U.S. personnel, weapons were being put into the hands of Syrian jihadists. Syria’s rebel groups are not a homogenous lot and many have been affiliated with al Qaeda. The rat line did not discriminate.

When America ended its CIA mission, it left Turkey with a lingering connection to Syria’s radical insurgents and the question of what to do next. No matter how the civil war ends, Turkey’s relationship with both the Syrian government and its rebel factions will come under scrutiny.

Protection was needed in the form of U.S. intervention and Turkish leaders sought a way to pull the U.S. back into the war.

On August 18, 2013, UN inspectors were near Damascus investigating the alleged use of chemical weapons in Khan al-Assal. During their three-day investigation, it would have been an exceptionally inopportune moment for the Syrian government to deploy sarin gas in nearby Ghouta.

Indeed, the longer American analysts study the August 21 gas attack, the greater their sense that the Syrian government did not perpetrate it. “But the 500 pound gorilla was, how did it happen?” asks Hersh’s source. “The immediate suspect was the Turks, because they had all the pieces to make it happen.”

The assessment of the Defense Intelligence Agency is that the sarin was supplied by Turkey to elements in Ghouta with the intent of “push[ing] Obama over the red line.” Intercepted transmissions from Turkish operators in the aftermath of the attack are jubilant, and the success of their covert mission must have seemed well in hand. Obama’s implicit call to war in the coming month was proof of that.

But America didn’t go to war with Syria. Turkey would need to find another way in.

On March 27, the Turkish Telecommunications Authority (TIB) blocked the video sharing site YouTube. This was in response to a posted video that purported to have confidential audio of a conversation among Turkey’s top authorities, including Intelligence Chief Hakan Fidan, Deputy Chief of Military Staff Yasar Guler, Foreign Minister Ahmet Davutoglu and Prime Minister Erdoğan.

As of this writing, Reuters has not verified its authenticity, but both Davutoglu and Erdoğan have admitted it is genuine. But whereas Davutoglu has said the tape has been edited, Erdoğan has only railed against the “villainous” leaking of a national security meeting.

The subject of the meeting, as translated by the International Business Times, was possible intervention in Syria’s civil war. To justify intervention, Fidan suggests sending men from Syria to attack Turkey.

Hakan Fidan “I’ll send 4 men from Syria, if that’s what it takes. I’ll make up a cause of war by ordering a missile attack on Turkey; we can also prepare an attack on Suleiman Shah Tomb if necessary.”

Feridun Sinirlioğlu: “That’s what I told back there. For one thing, the situation is different. An operation on ISIL has solid ground on international law. We’re going to portray this is Al-Qaeda, there’s no distress there if it’s a matter regarding Al-Qaeda. And if it comes to defending Suleiman Shah Tomb, that’s a matter of protecting our land.”

Yaşar Güler: “We don’t have any problems with that.”

Hakan Fidan: “Second after it happens, it’ll cause a great internal commotion (several bombing events is bound to happen within). The border is not under control…”

What Fidan proposes is known as a “false flag” attack, a mission wherein the enemy is actually disguised members of one’s own country sent in to incite a panic. Suleiman Shah is the grandfather of the founder of the Ottoman Empire; though his tomb is located near Aleppo, Syria, it is guarded by the Turkish military. Islamist rebels in Syria have threatened to destroy it in the past and Erdoğan has publicly threatened retaliation if they do.

But if ISIL (Islamic State of Iraq and the Levant) don’t, the voice allegedly belonging to Fidan knows what to do: “I get them to fire eight missiles into empty land [in the vicinity of the tomb]. That’s not a problem. Justification can be created.”

Erdoğan has accused YouTube of giving saboteurs a platform for dissent and banned access to the website nationwide. The ban was temporarily lifted on April 5 but the ruling was reversed by the GölbaşıCriminal Court of First Instance. Two days later, Google filed a protest with Turkish courts.

“We could go public if it was somebody other than Erdoğan, but Turkey is a special case. They’re a Nato ally. The Turks don’t trust the West. They can’t live with us if we take any active role against Turkish interests. If we went public with what we know about Erdoğan’s role with the gas, it’d be disastrous.”

The countries have said that this conspiracy of Hersh’s is too horrific to be believed. I’m sure Mr. Hersh is used to it. He’s been hearing that since 1969. 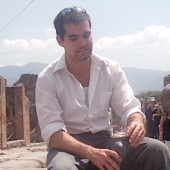 Pierce Nahigyan is a freelance journalist living in Long Beach, California. His work has appeared in several publications, including NationofChange, the Los Angeles Post-Examiner and SHK Magazine. A graduate of Northwestern University, he holds a B.A. in Sociology and History.