The President Miscalculates the Effects of a Military Strike on Syria

President Obama delivered a speech Tuesday night making the case for military strikes against the Assad regime.  He said that the purpose of the strikes “would be to deter Assad from using chemical weapons, to degrade his regime’s ability to use them, and to make clear to the world that we will not tolerate their use.”

His speech anchored the necessity for U.S. intervention in American national interests and asserted that an unpunished Assad would erode the international norm against chemical weapons.  As a result, “tyrants will have no reason to think twice about acquiring poison gas, and using them”, which will pose a threat to our troops who “face the prospect of chemical warfare on the battlefield.”  Additionally, he said that “a failure to stand against the use of chemical weapons would weaken prohibitions against other weapons of mass destruction, and embolden Assad’s ally, Iran—which must decide whether to ignore international law by building a nuclear weapon, or to take a more peaceful path.”

In addition to appealing to U.S. interests, the President also framed intervention as the morally responsible response to Assad’s brutality.  After describing the sight of dead children foaming at the mouth, the President affirmed that “the world saw in gruesome detail the terrible nature of chemical weapons, and why the overwhelming majority of humanity has declared them off-limits—a crime against humanity, and a violation of the laws of war.”

Obama’s case for intervention, however, miscalculates the consequences of military action.  There is little evidence to suggest that an unpunished Assad would lead to the collapse of international norms against chemical weapons and—more importantly—that military strikes on Syria would actually deter Assad from using chemical weapons again.

First, the use of sarin gas and other nerve agents is considered one of the most heinous acts in the international community and it’s unlikely that the cruel use of sarin in Syria will lead to a cascade of chemical weapons use elsewhere.  For instance, Saddam Hussein’s use of chemical weapons during the tail-end of the Iran-Iraq war did not lead to the collapse of the international norm. (In fact, recently declassified reports show how the U.S. was actually complicit with Hussein’s use of mustard-gas).

Second, the case for intervention is built on the specious assumption that strikes serve as a tool of deterrence.  During his speech, the President assured Americans that military strikes into Syria will not constitute a prolonged air-campaign like Kosovo.  However, the Kosovo metaphor should remind the White House of how military action designed to deter further violence may actually do the opposite or, if it is successful, require a prolonged period of time. Far from a quick or smooth operation, NATO’s 1999 air campaign against Slobodan Milosevic lasted just over 70 days, in which Milosevic actually doubled-down on his campaign of brutality.  In fact, a Rand report suggests that the air campaign was a contributing factor to the intensified ethnic cleansing.

Third, striking Syria will likely have unintended consequences on U.S. diplomatic relations with other countries, especially Iran. While the Obama Administration wishes to return newly elected President Hassan Rohani’s calls for moderation and pragmatism, military action against Assad would only achieve the opposite by providing Iran’s leadership with a rationale for acquiring a nuclear deterrent.  This would undermine Rohani’s mandate for open dialogue regarding their nuclear program and frustrate any effort in shaping an agreement between the U.S. and Iran.

In addition to a misguided framing of U.S. interest, the President’s speech expressed a bizarre understanding of moral responsibility.  Despite that Syria’s civil war has killed over 100,000 people and dislocated 1.5 million, the President is advancing a moral argument to act only after the use of chemical weapons.

In regard to the use of sarin, the President said, “The images from this massacre are sickening: Men, women, children lying in rows, killed by poison gas. Others foaming at the mouth, gasping for breath. A father clutching his dead children, imploring them to get up and walk. On that terrible night, the world saw in gruesome detail the terrible nature of chemical weapons…”

However, the President’s emphasis on chemical weapons egregiously ignores the moral atrocity of  innocent lives already lost to conventional weapons used over the past two years, not to mention the millions of people internally displaced by the conflict. The Obama Administration thus exhibits a moral selectivity in their concern for the Syrians as only one percent has been killed using nerve agents.  Rather than articulating the inappropriateness of chemical weapons, military strikes in Syria will only establish the parameters for which the U.S. allows a regime to brutally massacre its own people.

Signs for an Alternative

In his televised speech to the nation, President Obama asked Congress to postpone a vote authorizing the use of force as he pursues a Russian proposal for Syria to hand over its chemical weapons through an international agreement.  According to the President, “the Russian government has indicated a willingness to join with the international community in pushing Assad to give up his chemical weapons. The Assad regime has now admitted that it has these weapons, and even said they’d join the Chemical Weapons Convention, which prohibits their use.”

Many are reluctant to place too much hope in this alternative.  For instance, Amy Smithson of the James Martin Center for Nonproliferation Studies said that “The Russian proposal sounds attractive, but very quickly, operational problems could derail obtaining international control, much less actually destroying the arsenal.” Others are unsure as to what extent the Assad regime will actually dispose of their chemical weapons.  However, it’s unlikely that Syria would use chemical weapons again given the international pressure placed on the Assad Regime.

Hopefully this alternative plays itself out successfully obviating the need for a military strike. It should be noted that an American military strike against Syria without a UN resolution is itself a violation of law.

If the Obama Administration is genuinely concerned about the compliance of international norms, then it should reconsider military action and work within the international system of norms that it accuses Syria of violating. 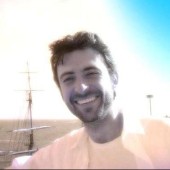 Ben Luongo is currently a doctoral student and instructor at the University of South Florida’s Department of Government and International Affairs. He has also taught international relations at St. Petersburg College in Clearwater, Florida. Previously, he worked as a campaign organizer and directed several campaigns for groups like the Human Rights Watch and Save the Children. His articles have also appeared in Foreign Policy in Focus, International Policy Digest, New Politics, and CL Media.