Despite being your “second choice”, Swedish policymakers are grateful that you snubbed off Russia to schedule the very first truly bilateral meeting with Sweden. Now, do not feel any pressure by the Swedish foreign minister’s excitement. Your trip to Sweden will be a nice breeze before you head to the G20 summit in Saint Petersburg on the 4th of September.

To help you prepare Mr. President, there are five things you will need to know about Sweden:

2. Prepare for plenty of fika in between meetings. Swedes are one of the largest consumers of coffee per capita in the world. However, despite Swedes’ perceived environmentally friendly posture, it is worth knowing that only the very few trendy hipsters in the neighborhood of SoFo cares if the coffee is fair trade.

If you do get a glimpse of some fair-trade-coffee-drinking-second-hand shopping environmentalists, do not be baffled when you see them all wearing Converse sneakers. This is normal. Swedes are obsessed with American chucks. Obsessed even though they run at an average price of 120 USD (compared to 25 USD in your home state.) There is a trade issue (read: opportunity) for you to discuss.

3. Swedes love to jympa, i.e. exercise. After some small-talking about the Swedish weather (Swedes’ favorite subject to discuss) someone will likely ask about your or Michelle’s work-out routine (Swedes’ second favorite subject). After comparing your split times in the 10k, the subject of obesity and diabetes will likely be addressed. Since obesity and diabetes is the biggest national security threat to American citizens, take the opportunity to learn what Swedish policy-makers have done to tackle obesity, diabetes, and cardiovascular diseases in Sweden.

5. During the fika breaks, ask about traditions during Swedish crayfish parties. Most representatives from the Swedish delegation will likely share how they celebrated one of Swedes favorite holiday. Also, feel free to ask why Sweden has become the largest consumer of the cheaper frozen, environmentally unsound Chinese crayfish rather than the organically grown Louisiana Crayfish. (Read: another trade opportunity).

Trivialities aside, there are also three foreign policy issues that you and your staff will not need to prepare for:

1. Do not worry about defending your drone policy, targeted killings or the so-called signature strikes. Swedes have not taken a clear stand on this issue. Even though Sweden is a strong supporter of international law, Sweden is a lagom “neutral” country that tends to get uncomfortable on discussions like the war on terror.

2. Guantanamo will be a non-topic. While Swedes dislike Guantanamo as much as you dislike a neighbor who does not recycle, this is a topic that will not be brought to the Ikea-table. If it does, just ask if Sweden could accept a handful of the prisoners. Such a counter question will likely lead to another fika-break since taking a stance on such a question would be political suicide for any Swedish politician.

As Jan Joel Andersson, a researcher at the Swedish Institute of International Affairs, have argued, under the Obama administration and Sweden’s current center-right government, U.S.-Swedish relations have reached an all-time high, with common views on “free trade, openness and quest for democracy in the world.”

And while Sweden punches above its weight in the foreign policy arena, you Mr. President, will likely be met with lightweight topics during your talks. 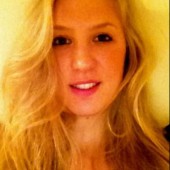 Annelie Gregor is a political science Ph.D. candidate at the City University of New York and a Desk Officer at the Swedish Armed Forces’ International Department, focusing on bilateral policy relations. All comments are the author's own.