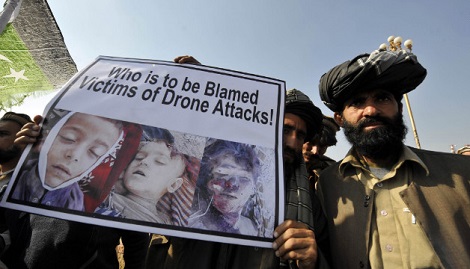 “National Security” is the closest thing to a national religion in America. U.S. leaders’ mere invocation of these word — despite the growing evidence that their actions are in fact endangering Americans by exponentially increasing America’s foes in the Muslim world, thus making more 9/11s more likely — is used to justify every war; every assassination; every act of torture; every illegal imprisonment of suspects; every one of the more than 21 million human beings they are responsible for killing, wounding,  or making homeless in Iraq and Indochina; every savage local regime and death squad they have installed; every aggressive war; and every dollar of America’s $1 trillion military budget — larger than all their foes put together. The term is used to justify spying on Americans, arresting whistle-blowers, and constant lying to the American public. And it is used to justify countless postwar failed military policies which, as is obvious to any sane individual, have clearly reduced national security more than ever in the postwar era.

The unexamined and wholly irrational belief that the U.S. Executive Branch — the President, National Security Council and Agency, CIA, Pentagon, Department of Homeland Security, and a “Top Secret America” conducting unprecedented spying at home and abroad — is promoting “National Security” has been enshrined both in the national unconscious and law of the land, as judge after judge refuses lawsuits challenging Executive Branch lawlessness on the grounds of “national security.”

Duane “Dewey” Clarridge, who directed assassination and torture throughout Latin and Central America as head of CIA Latin American Operations from 1981-1983, was indicted during Iran-Contra, and has been helping  assassinate Muslims today, succinctly summed up U.S. policymakers’ use of “national security” when he told journalist John Pilger: “We’ll intervene whenever we decide it’s in our national security interest. And if you don’t like it, lump it. Get used to it, world!”

The most passionate critics of U.S. foreign policy focus on its immorality, since they would properly oppose U.S. mass murder, assassination, and support of brutal regimes even if it could be argued that such actions make us more secure. But it is time to realize that since 9/11—as the U.S. Executive has mindlessly alienated ever—greater swaths of the 1.8 billion strong Muslim world and thus vastly increased its enemies rather than reducing them—criticizing the U.S. government on national security grounds is as urgent as opposing its immorality. And only if critics succeed in doing so is there any hope of ending the killing or the growing dangers of attacks on Americans at home and abroad.

The stakes for Americans could not be higher, not only in terms of lost American lives, but whether American democracy can survive in even its present attenuated form. Bob Woodward has warned: “Another 9/11 … could happen, and if it does, we will become a police state”—and Executive Branch incompetence is making domestic 9/11s far more likely.

As long as Americans falsely believe their present U.S. Executive Branch leaders are protecting them, and remain largely indifferent to the loss of non-American life, only marginal changes in U.S. foreign policy are possible. But conversely, if the American people understand that Executive leaders are currently endangering them, it could cause revolutionary change. Only then could absurdly high military budgets be slashed, hundreds of unneeded bases be closed down, drone and ground assassination by tens of thousands of U.S. assassins operating out of the Joint Special Operations Command be halted, massive spying on Americans be rolled back, the law giving the U.S. Executive the right to kill or imprison any American it wishes without due process be repealed—and America’s genuine national security be strengthened.

It is in this context that the significance of Tom Brokaw’s statement on Meet The Press on April 26 should be understood. He stated, while discussing the Boston Marathon bombing:

We have to work a lot harder as a motivation here. What prompts a young man to come to this country and still feel alienated from it? We have got to look at the roots of all of this because it exists across the whole subcontinent, and the—and the Islamic world around the world. And I think we also have to examine the use of drones that the United States is involved and—and there are a lot of civilians who are innocently killed in a drone attack in Pakistan, in Afghanistan, and in Iraq. And I can tell you having spent a lot of time over there, young people will come up to me on the streets and say we love America. If you harm one hair on the—on the head of my sister, I will fight you forever and there is this enormous rage against what they see in that part of the world as a presumptuousness of the United States.

His statement was significant because Mr. Brokaw has long been the Dean of Conventional Wisdom, rarely taking a risky or noteworthy stand. He managed, for example, to write the 688 page, best-seller, Boom!: Talking About the Sixties: What Happened, How It Shaped Today, Lessons for Tomorrow without once mentioning the number one issue that spawned that tumultuous time: the U.S. Executive Branch’s murder of innocent Vietnamese, which not only produced the peace movement but much of the rest of the decade’s social ferment. Like America’s textbooks and Winston Smith in 1984, Mr. Brokaw consigned to the memory hole the horrific mass murder of countless Vietnamese civilians, described most recently in Nick Turse’s Kill Anything That Moves, presenting the war as only a military conflict between armies.

Mr. Brokaw’s comment is thus significant because it is unlikely he would have made it unless it reflected a growing consensus among the security Establishment that current U.S. policy toward the Muslim World is producing the greatest U.S. national security disaster in postwar history. U.S. foreign policy failures have been the rule rather than the exception since WWII, of course. The U.S. Executive has not won a major war since then, fighting to a stalemate in Korea, losing decisively in Vietnam, Laos and Cambodia (though destroying these societies’ ability to create an alternative economic model), and being forced to retreat from Iraq and Afghanistan. Executive incompetence in backing the Shah of Iran produced the anti-U.S. regime there today, and strengthened it by invading Iraq. And direct and indirect U.S. Executive murder has led to most of Latin America understandably turning against the U.S. today, and a gradual but growing shift in the balance of power against the U.S. in Asia as well as the Middle East.

What Mr. Brokaw’s statement reflects is that a growing number of bona fide members of the National Security establishment are finally realizing that today’s U.S. AfPak policy has become disastrous.  No less an expert than the former Director of National Intelligence Admiral Dennis Blair has written:

Over the past two years, America has narrowed its goals in Afghanistan and Pakistan to a single-minded focus on eliminating Al Qaeda. (It) should instead be pursuing the sort of comprehensive social, diplomatic and economic reforms that Pakistan desperately needs and that would advance America’s long-term interests. As the drone campaign wears on, hatred of America is increasing in Pakistan. Our dogged persistence with the drone campaign is eroding our influence and damaging our ability to work with Pakistan to achieve other important security objectives like eliminating Taliban sanctuaries, encouraging Indian-Pakistani dialogue, and making Pakistan’s nuclear arsenal more secure.

Robert Grenier, CIA Counterterrorism Center chief from 2005-6, has reported that “we are creating more enemies than we are removing from the battlefield. We are already there with regards to Pakistan and Afghanistan.”  Former U.S. Afghan Commander Stanley McChrystal has said, “what scares me about drone strikes is how they are perceived around the world … the resentment created by American use of unmanned strikes is much greater than the average American appreciates. They are hated on a visceral level, even by people who’ve never seen one or seen the effects of one.” And the list of such statements is growing.

What these statements reflect is that, of all of the countless U.S. postwar national security fiascos, none has proven more dangerous than the Bush and Obama post-9/11 turn to drone and ground assassination throughout the Muslim world. U.S. leaders killed over 3 million Vietnamese, according to former Defense Secretary Robert McNamara, with no danger of this leading to anti-U.S. attacks on American soil. But U.S. Executive Branch leaders are now waging a “war on terror” that is vastly increasing, not decreasing, foes in the Muslim world who have already demonstrated their capacity to hurt America at home. This makes no “national security” sense whatsoever.

And post-9/11 U.S. policy has not only produced far more “enemies” than it kills. It has destabilized friendly or neutral governments, turned hundreds of millions in the oil-rich, nuclear-armed Muslim world and beyond against the U.S., and made future “9/11s” or “Boston Marathons” far more likely.

It simply makes no national security sense whatsoever to cause 75% of the population of nuclear-armed Pakistan—125 million people, many of whom guard its nuclear facilities—to regard the U.S. as their “enemy”. This has made nuclear arms cooperation impossible and nuclear proliferation far more likely, as former U.S. Ambassador Anne Patterson revealed in the Wikileaks Cables. When the Pakistani government refused to return nuclear materials to the U.S., as promised, Ambassador Patterson explained that “if the local media got word of the fuel removal, they certainly would portray it as the United States taking Pakistan’s nuclear weapons.” Patterson added that “the negative media attention has begun to hamper U.S. efforts to improve Pakistan’s nuclear security and nonproliferation practices”. 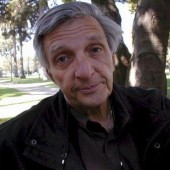 Fred Branfman exposed the U.S. Executive Secret Automated War in Laos, and has written frequently about the present U.S. drone and ground assassination “National Counter-terrorism Strategy” today. He can be contacted at: [email protected]