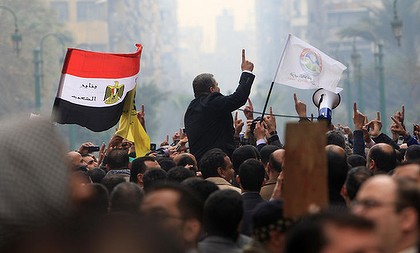 While Islamists are poised to lead in countries that inhaled the scent of the Arab spring, the season’s breeze turned to a windy fall blowing away the leaves of the non-Islamists from the tree of politics. The elections in Tunisia, Morocco, and Egypt indicate that assorted Islamists won a whopping percentage of the contested seats. In Egypt, Islamists secured almost seventy percent of the parliament seats, distributed between the Freedom and Justice party of the Muslim Brotherhood, the Salafi Nour party, the Construction and Development party of the Jamaa Islamia, and the Wasat party. This tsunami trend is likely to eventually prevail in other countries in the area as well. The victors will dominate the parliaments, form the emerging governments, and have their fingerprints on the constitutions that are about to be drafted. 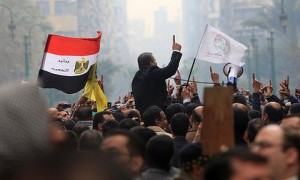 On the other hand, there are concerns, and even a state of hysteria by some observers, that the Islamists will overturn the democratic process once entrenched in power, contract individual freedoms with a stricter code of conduct, impose restrictions on civil liberties (especially those of women and minorities), censor the content of the arts and entertainment, enforce sharia law and install a theocracy, have a confrontational approach with the West, marginalize rather than integrate other political groups, and utilize religious jargon to garner support instead of a concrete reform program.

However, this stereotypical view of Islamists may not be entirely accurate. There is a new emerging breed of Islamists, the neo-Islamists, who are likely to debunk that conventional wisdom and opt for a departure from that image. In this context, Egypt serves as an example where Islamists, by choice or by expediency, are not likely to adhere to the stereotype for the following reasons:

First, there is a series of intellectual contributions that paved the ground for a revisionist attitude towards some views on political practice that were widely adopted by Islamists. The writings by contemporary Islamic scholars such as Yusuf Al Qaradawi, Fahmy Howeidi, Tarek El Beshri, Kamal Abul Magd and others, endorsed a synthesis between Islam and democracy. Their propositions, corroborated by proper Islamic reference, acknowledged that participation in a democratic process is an admissible way for selecting leadership in an Islamic context. In their discourse, there is no contradiction between patriotism and religious conviction. Their writings settled the idea that nationalism, as opposed to pan-Islamism, is not inconsistent with Islamic belief. The exposure to this literature by some Islamists offered a cogent alternative to a more rigid reading and literalist interpretation that does not endure democracy as a venue, nor tolerate patriotism as a sentiment.

Second, the successful Turkish Islamist experience acts as an inspiration to the neo-Islamists of Egypt. The much-touted Turkish model exhibits a pattern where Islamist ideals can be adopted more gradually and advanced more subtly and steadily. The reassuring model of Turkey stands in stark contrast to the colossal failures of other Islamist experiences in Sudan, Afghanistan, Somalia and others. The neo-Islamists are more likely to consider the unique Turkish example as a pattern to be promoted and a standard to be emulated in the Muslim world.

Third, the revolutions in the Arab world eliminated the psychological barrier that used to impede people from standing up for themselves, and punctured the fear factor that has long kept discontent in check. The Egyptian people mesmerized the world with the stunning spectacle of the relentless crowds surging into the streets, far from being deterred by police brutality or intimidated by the reprisal of security personnel. Islamists are aware that these same people will not submit or acquiesce once more to totalitarianism even if it is under a religious banner.

Fourth, the Islamists will lead in countries that are struggling with dire economic conditions. Decades of economic dysfunction by decrepit regimes caused the economies in these countries to falter. The Egyptian economy, in particular, faces myriads of challenges: the overwhelming majority of Egyptians live in abject poverty, widespread unemployment, escalating inflation rates, widening income disparities, and ubiquitous corruption. Policy makers are likely to be blamed for any further inadequacies, and to be criticized for a situation that cannot be easily contained in the short run. To eschew condemnation and outright indignation, Islamists have no alternative but to extend their hands to work with others. Working within a wider coalition allows the criticism to be distributed and the censure to be shared.

Fifth, the economic conditions in Egypt entail that Islamists have to take decisive action in a way that has a tangible impact on the livelihoods of ordinary Egyptians. Economic hardships still place a burden on the struggling Egyptians, threatening to foment further fury. The failure to address these economic challenges will lead to a backlash similar in ferocity to the one that ousted Mubarak from office. Accordingly, the Islamists’ leading priority will have to be the sagging economy in order to envisage an exit from the crisis with a clear succinct plan.

Sixth, Islamists are aware that their popularity was strengthened by a platform of social work and public welfare programs. They filled the social services vacuum created by a negligent government and earned massive support as a consequence. Islamists, thus, are aware that reliance on religious rhetoric will not be sufficient as the loyalty of those who voted for them will always be conditional on the services they can continue to offer while in power.

Seventh, the tourism sector and the film industry are some of the cornerstones of the economy in Egypt. Lots of revenues and employment opportunities are tied to these activities that require dealing with foreigners and tolerating freedom of creativity. Islamists cannot act in a way that will further derail the economy or antagonize those whose livelihood depends on the conditions of these sectors. Faced with this economic reality, Islamists will have no alternative but to relinquish any attempt to make tourists conform to a conservative lifestyle or to make artists adhere to a stricter form of censorship.

Eighth, Islamists cannot be lumped together in one basket. The pluralism within the Islamic political spectrum is evident, even before the revolution, between the banned-but-intermittently-tolerated Muslim Brotherhood, the Jihad and Jamaa Islamia who took a confrontational approach, and the Salafis who adopted an isolationist attitude. The ideological rift may prevent a unified agenda and leave room for ultra ideological coalitions. The Muslim Brotherhood considers Salafis as a liability because of their conservative interpretations of Islamic law, besides their lack of experience in addressing domestic issues. Salafis consider the Brotherhood as overly confident and too compromising on pertinent issues of concern. These contradictions imply that Islamists will form the largest ideological bloc in parliament but not the largest voting alliance.

Ninth, the share of the seats that each movement secured in the elections is not overwhelming to an extent that would permit any of them individually to have a free reign to promulgate laws or to pass constitutional amendments. The victory of each group can not be described as a landslide. Increasing their percentage in the upcoming elections entails an attempt to limit shocking statements and to tread carefully with declarations that could overturn the public opinion against them. Accordingly, some Islamists will strive to assert their sensible side to widen their base of supporters.

Tenth, Islamists will have to acknowledge that they acquired legitimacy through the ballot boxes. The democratic process became the vehicle that leads them to power without provocation to the domestic advocates of democracy or the West. Some Islamists will, thus, have a stake at preserving the democratic process. Others will reluctantly embrace it as a means to an end. The Salafis, for instance, have long shunned the concept of democracy as it allows man’s law to override God’s. Nevertheless, they established political parties and participated in the political process to make sure their ideals are an integral part of the constitution and the subsequent laws.

Eleventh, the liberties that Islamists enjoy currently, compared to the oppression they suffered under the deposed dictators, will lead ultimately to a change in behavior. Political practice is a learning process. The more the Islamists interact freely with the public, the media, and other political factions, the more they adapt to a pliable, compromising and pragmatic approach. Islamists can depend on ideology over practicality when shunned from politics but not when forced to confront complex political, economic and social issues.

Twelfth, Islamists are given a historic chance and an unprecedented opportunity that they do not want to squander by issuing shocking statements or adopting confrontational stances. The Islamists are worried that the transition process can be derailed if the military take them as a pretext to interfere. The memory of the ill-fated elections in Algeria looms large. These are the elections in which the Islamic Salvation Front won, only to see the results annulled by the interference of the military. In addition, pledging to cooperate with the non-Islamist forces and downplaying fears of an Islamist takeover will induce the West to lean on the military. Because if the civilian leadership is shown to be sober, sensible and responsible, the international community will put pressure on the military for a smooth transition to civilians.

Thirteenth, Islamists are not likely to take a confrontational approach with the West. This is because peoples’ demands during the revolution were revolving around internal affairs and focusing on domestic issues. Therefore, the new leaders will be consumed in establishing the institutions, drafting the constitution, and reassuring the Egyptian public of their ability to restore order, security and economic recovery. Foreign affairs are likely to be pushed to the back burner, with the pressing domestic issues at the forefront for a while to come.

Fourteenth, the Muslim Brotherhood is a highly hierarchical organization but has failed to produce any charismatic leaders. On the other hand, there are many Salafi influential leaders, but most of them are preachers rather than politicians. This failure by the Islamists to produce charismatic public figures implies that their most prominent members are not likely to evolve to a dictator status. In addition, Islamists will have to rely on programs rather than charisma and personal allure to mobilize and rally the public.

Fifteenth, there is a generational gap between senior Islamists and the youth base, who have shown to be closer to their non-Islamist counterparts. For instance, large numbers of Islamist youth activists were unable to resist the revolutionary tide despite the urging of their leaders to show constraint. The elderly Islamists were even reluctant to participate in the protests initially. It was the incredible pressure of the youth which caused them to merge with the masses in the streets. This situation will coerce the seniors to attempt to narrow the generational gap. Otherwise, they will face secession in the future as differences will substitute the long cherished solidarity in face of oppression.