The Next War on Washington’s Agenda 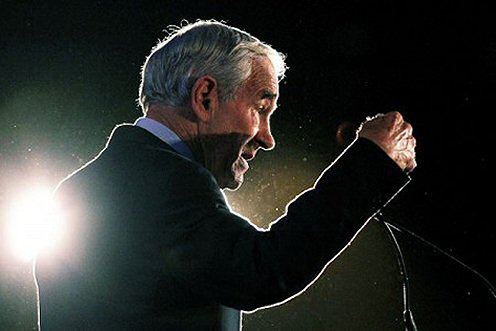 Only the blind do not see that the US government is preparing to attack Iran. According to Professor Michel Chossudovsky, “Active war preparations directed against Iran (with the involvement of Israel and NATO) were initiated in May 2003.” 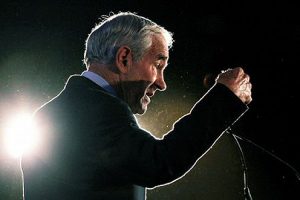 Ron Paul is the only presidential candidate who has been honest with the American people, pointing out that there is no evidence Iran has a nuclear weapons program and comparing the current war propaganda to the lies that preceded the war on Iraq.

Another signal that Washington has a new war on its agenda is the raised level of Washington’s rhetoric and demonization of Iran. Judging by polls, Washington’s propaganda that Iran is threatening the US by developing a nuclear weapon has met with success. Half of the American public support a military attack on Iran in order to prevent Iran from acquiring nuclear capability. Those of us who are trying to awaken our fellow citizens start from a deficit that the minds of half of the US population are under Big Brother’s control.

As the International Atomic Energy Agency’s reports from its inspectors on the ground in Iran have made clear for years, there is no evidence that Iran has diverted any enriched uranium from its nuclear energy program.  The shrill hype coming from Washington and from the neoconservative media is groundless. It is the same level of lie as Washington’s claim that Saddam Hussein in Iraq had weapons of mass destruction. Every US soldier who died in that war died in behalf of a lie.

In my judgment, the US government’s war preparations are driven by three factors.

One is the neoconservative ideology adopted by the US government that calls for the US to use its superior military and economic position to achieve world hegemony. This goal appeals to American hubris and to the power and profit that it serves.

A second factor is Israel’s desire to eliminate all support for the Palestinians and for Hezbollah in southern Lebanon. Israel’s goal is to seize all of Palestine and the water resources of southern Lebanon. Eliminating Iran removes all obstacles to Israel’s expansion.

A third factor is to deter or slow China’s rise as a military and economic power by controlling China’s access to energy. It was China’s oil investments in eastern Libya that led to the sudden move against Libya by the US and its NATO puppets, and it is China’s oil investments elsewhere in Africa that resulted in the Bush regime’s creation of the United States Africa Command, designed to counter China’s economic influence with US military influence.  China has significant energy investments in Iran, and a substantial percentage of China’s oil imports are from Iran.  Depriving China of independent access to oil is Washington’s way of restraining and boxing in China.

What we are witnessing is a replay of Washington’s policy toward Japan in the 1930s that provoked the Japanese attack on Pearl Harbor. Japan’s bank balances in the West were seized, and Japan’s access to oil and raw materials was restricted. The purpose was to prevent or to slow Japan’s rise.  The result was war.

Despite the hubris in which it wallows, Washington understands the vulnerability of its Fifth Fleet in the Persian Gulf and would not risk losing a fleet and 20,000 US naval personnel unless it was to gain an excuse for a nuclear attack on Iran. A nuclear attack on Iran would alert both China and Russia that they could suffer the same fate. The consequence would be that the world would face a higher risk of nuclear armageddon than existed in the mutually assured destruction of the US-Soviet standoff.

Washington has deployed 2,500 Marines, promising more to come, to Australia in order to do what?  Protect Australia from China or occupy Australia?  Encircle China with 2,500 Marines?  It would not mean anything to China if Washington deployed 25,000 Marines in Australia.

When you get right down to it, Washington’s tough talk is nothing but a silly pointless provocation of Washington’s largest creditor. What if Washington’s idiocy causes China to worry that Washington and its UK and European puppets will seize its bank balances and refuse to honor China’s holdings of $1 trillion in US Treasury bonds? Will China pull its balances from the weak US, UK, and European banks?  Will China decide to strike first, not with nuclear weapons, but by selling its $1 trillion in Treasury bonds all at once?

It would be cheaper than war.

The Federal Reserve would have to quickly print another $1 trillion dollars with which to buy the bonds, or US interest rates would shoot up.  What would China do with the $1 trillion in newly printed paper?  In my opinion, China would dump it all at once in the currency market, because the Federal Reserve cannot print euros, UK pounds, Japanese yen, Swiss francs, Russian rubles, and Chinese yuan with which to buy up its newly printed currency.

The US dollar would take a beating. US import prices—which now include, thanks to offshoring, almost everything Americans consume—would rise. The hard-pressed 90% would take a further beating, endearing their Washington oppressors to them to an even greater extent.  The rest of the world, anticipating nuclear war, would flee the dollar, as Washington would be a primary attack target.

We, as Americans, need to ask ourselves what all this is about?  Why is our government so provocative toward Islam, Russia, China, Iran?  What purpose, whose purpose is being served?  Certainly not ours.

Who benefits from our bankrupt government starting yet more wars, picking this time not on defenseless countries like Iraq and Libya, but on China and Russia?  Do the idiots in Washington think the Russian government does not know why Russia is being surrounded with missile bases and radar systems?  Do the Washington morons really believe that the Russian government will fall for its lie that the missiles are directed against Iran?  Only American idiots who sit in front of Fox “news” could possibly believe that the real issue is an Iranian nuclear weapon.

How much longer will the Russian government permit the US National Endowment for Democracy, a CIA front, to interfere in its elections by financing opposition parties led by the likes of Vladimir Kara-Murza, Boris Nemtsov, and Alexei Navalny, who organize protests of every election that Putin’s party wins, alleging without any evidence whatsoever, but providing propaganda for Washington, who no doubt pays well, that the election will be and was stolen?

In the US, such activists would be declared to be “domestic extremists” and be subjected to rough treatment. In Amerika, even anti-war activists are subjected to home invasions by the FBI and grand jury investigations.

What this means is that “the criminal state of Russia” is a more tolerant democracy than the US, or for that matter, Amerika’s puppet states in Europe and the UK.

That is why nothing that the US government does benefits the American people.

The current crop of presidential contenders, except for Ron Paul, represent the controlling interests. War and financial fraud are the only remaining American Values.

Will Americans again give the sheen of “democracy” to rule by a few by participating in the coming rigged elections?

If you have to vote, vote for Ron Paul or for a more extreme third party candidate. Show that you do not support the lie that is the system.

Stop watching television. Stop reading newspapers. Stop spending money. When you do any of these things, you are supporting evil.