The Muslim Brotherhood in the Post-Mubarak Era

The Muslim Brotherhood (MB) is facing numerous dilemmas and challenges post-revolution, in particular stemming from the strained relationship between various factions in the movement, which have become more apparent in a more open political environment in Egypt. Also, the movement has been trying to venture out into new territory by trying to improve relations with the Egyptian military to strengthen its role in a future Egypt.

The youth in the movement encouraged by the removal of the Egyptian regime have demanded more reforms in the movement, which has led to confrontation with the MB leadership, which has been reluctant to entertain any changes that would result in a weakening of control over the movement.

The youth element have held a number of demonstrations at University campuses demanding changes, and as a result of growing pressure, the leadership has had to undergo consultation with the youth leadership, promising internal reforms and more voice for the youth in the movement. However, the youth have not been convinced by what has been promised as a result have vowed to continue with their pressure from outside, through protests until they are able to exercise a say in the movement, which so far has remained closed to voices from outside the conservative leadership which has taken control over the movement.

However, this proposal led to much internal friction, given that the pragmatists wanted a much more progressive political manifesto than the one presented by the leadership and that the main positions in the party were taken up by people on the movements executive leadership, comprised of conservatives or people close to the conservative leadership. This has led to much criticism of the leadership by the pragmatists and youth, who believe that the leadership is not willing to allow a political entity to be formed that is independent from their influence and control. And that the appointment of people in the political party, without a clear selection process and without consultation in the consultative chambers of the movement is further evidence of the growing suffocation of alternative voices in the movement.

This development has not been of much concern to the movement, as the number of members that have left have been incremental and not much to present a significant challenge to the movement. In 1996, members of the movement left to form the Al Wasat party, which recently achieved legality after the revolution, but has not been able to put up any significant resistance to the movement, given that it lacks the social infrastructure, which the MB has been able to effectively apply throughout Egypt.  Therefore, it is likely more members might leave as a result of this confrontation with the leadership; however, the movement as whole is likely to persist and the doomsday scenario of the movement melting in a new Egypt is unlikely given that internal tensions have been persistent in the movement for decades and the movement has learned to manage such situations and continue in its work.

These are interesting times for the movement, which is working to contain internal pressures and challenges and at the same time adventure into new territory, of trying to ferment good relations with the military in Egypt, which has not gone down well with everyone in the movement, who see the priority being the political opposition and not the military. However, the leadership has different views, believing that to protect the movement in the future, it needs to make and develop contacts with the military rather than the opposition, which are viewed by the conservative leadership to be more of a liability than an asset to the movement’s political ambitions in Egypt. 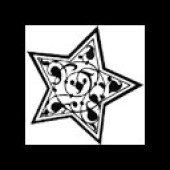 Dr. Mohammed Zahid is an academic in Middle East politics, with a special focus on North Africa and Islamic movements. He has published widely in peer reviewed journals and provided consultation to a a number of governmental bodies and private institutions. At the moment he is conducting field work in North Africa, for an upcoming paper which focuses on the Muslim Brotherhood in a post Ben Ali and Mubarak era.