The Enemy Is Washington 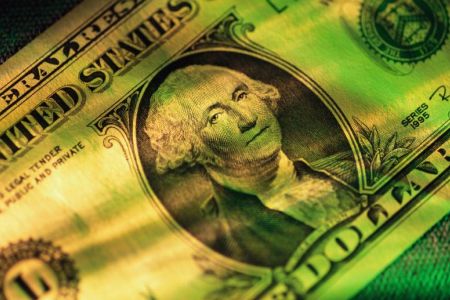 Recently, the bond rating agencies that gave junk derivatives triple-A ratings threatened to downgrade US Treasury bonds if the White House and Congress did not reach a deficit reduction deal and debt ceiling increase.  The downgrade threat is not credible, and neither is the default threat.  Both are make-believe crises that are being hyped in order to force cutbacks in Medicare, Medicaid, and Social Security.

If the rating agencies downgraded Treasuries, the company executives would be arrested for the fraudulent ratings that they gave to the junk that Wall Street peddled to the rest of the world. The companies would be destroyed and their ratings discredited. The US government will never default on its bonds, because the bonds, unlike those of Greece, Spain, and Ireland, are payable in its own currency. Regardless of whether the debt ceiling is raised, the Federal Reserve will continue to purchase the Treasury’s debt.  If Goldman Sachs is too big to fail, then so is the US government.

There is no budget focus on the illegal wars and military occupations that the US government has underway in at least six countries or the 66-year old US occupations of Japan and Germany and the ring of military bases being constructed around Russia.

In contrast, Social Security is solvent.  Medicare expenditures are coming close to exceeding the 2.3% payroll tax that funds Medicare, but it is dishonest for politicians and pundits to blame the US budget deficit on “entitlement programs.”

Entitlements are funded with a payroll tax.  Wars are not funded. The criminal Bush regime lied to Americans and claimed that the Iraq war would only cost $70 billion at the most and would be paid for with Iraq oil revenues. When Bush’s chief economic advisor, Larry Lindsay, said the Iraq invasion would cost $200 billion, the White House Moron fired him. In fact, Lindsay was off by a factor of 20. Economic and budget experts have calculated that the Iraq and Afghanistan wars have consumed $4,000 billion in out-of-pocket and already incurred future costs.  In other words, the ongoing wars and occupations have already eaten up the $4 trillion by which Obama hopes to cut federal spending over the next ten years. Bomb now, pay later.

As taxing the rich is not part of the political solution, the focus is on rewarding the insurance companies by privatizing Medicare at some future date with government subsidized insurance premiums, by capping Medicaid, and by loading the diminishing middle class with additional Social Security tax.

Washington’s priorities and those of its presstitutes could not be clearer. President Obama, like George W. Bush before him, both parties in Congress, the print and TV media, and National Public Radio have made it clear that war is a far more important priority than health care and old age pensions for Americans.

The American people and their wants and needs are not represented in Washington. Washington serves powerful interest groups, such as the military/security complex, Wall Street and the banksters, agribusiness, the oil companies, the insurance companies, pharmaceuticals, and the mining and timber industries.  Washington endows these interests with excess profits by committing war crimes and terrorizing foreign populations with bombs, drones, and invasions, by deregulating the financial sector and bailing it out of its greed-driven mistakes after it has stolen Americans’ pensions, homes, and jobs, by refusing to protect the land, air, water, oceans and wildlife from polluters and despoilers, and by constructing a health care system with the highest costs and highest profits in the world.

The way to reduce health care costs is to take out gobs of costs and profits with a single payer system.  A private health care system can continue to operate alongside for those who can afford it.

The way to get the budget under control is to stop the gratuitous hegemonic wars, wars that will end in a nuclear confrontation.

The US economy is in a deepening recession from which recovery is not possible, because American middle class jobs in manufacturing and professional services have been offshored and given to foreigners.  US GDP, consumer purchasing power, and tax base have been handed over to China, India, and Indonesia in order that Wall Street, shareholders, and corporate CEOs can earn more.

When the goods and services produced offshore come back into America, they arrive as imports. The trade balance worsens, the US dollar declines further in exchange value, and prices rise for Americans, whose incomes are stagnant or falling.

This is economic destruction. It always occurs when an oligarchy seizes control of a government. The short-run profits of the powerful are maximized at the expense of the viability of the economy.

The US economy is driven by consumer demand, but with 22.3% unemployment, stagnant and declining wages and salaries, and consumer debt burdens so high that consumers cannot borrow to spend, there is nothing to drive the economy.

Washington’s response to this dilemma is to increase the austerity!  Cutting back Medicare, Medicaid, and Social Security, forcing down wages by destroying unions and offshoring jobs (which results in a labor surplus and lower wages), and driving up the prices of food and energy by depreciating the dollar further erodes consumer purchasing power.  The Federal Reserve can print money to rescue the crooked financial institutions, but it cannot rescue the American consumer.