Iran is singled out because it defies Washington 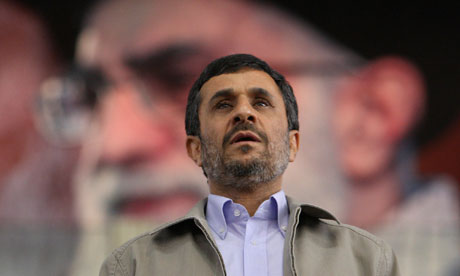 Following is the complete text of an interview by Iranian journalist Kourosh Ziabari with Foreign Policy Journal founder and editor Jeremy R. Hammond for Veteran’s Today.

Kourosh Ziabari: The past decade has been witness to unending and unremitting clash between Iran and the West over Tehran’s nuclear program. The West has constantly accused Iran of trying to build nuclear bombs while Tehran has persistently denied the allegation. What do you think about the nature of Iran’s nuclear program? Why has it become so controversial and contentious? We already know that there are four nations in the world, who are not signatories of the Nuclear Non-Proliferation Treaty, but nobody in the international community pressures them to halt their nuclear program and nobody investigates their nuclear arsenals. Why Iran is being singled out? 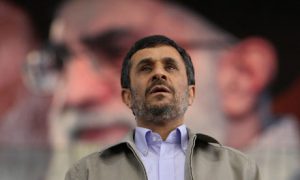 Jeremy R. Hammond: What I think about the nature of Iran’s nuclear program is that it is a peaceful program, the right to which is guaranteed under the nuclear non-proliferation treaty [NPT], of which Iran is a signatory. I don’t know as an absolute fact that Iran doesn’t have a nuclear weapons program, but that’s what the evidence — the lack thereof, rather — tells us. The legal standard that the West has applied to Iran is that it must prove itself innocent of attempting to produce a nuclear weapon. Like Iraq, Iran is being punished for failing to prove that it isn’t guilty of the charges the U.S. and its western partners accuse it of, like Iraq, without evidence. This policy persists despite the fact that the U.S.’s own intelligence community assessed in a 2007 National Intelligence Estimate that Iran had no active nuclear weapons program, and as Seymour Hersh just very recently reported in the New Yorker, an updated 2011 NIE reiterates that judgment.

The reason Iran’s nuclear program has become so controversial, therefore, has nothing to do with nuclear nonproliferation, any more than the war on Iraq had anything to do with weapons of mass destruction or terrorism. The problem with Iran is the same as that posed by Iraq, which is that it is too independent, too willing to defy orders from Washington, D. C. The U.S. used to support Iran’s nuclear program, when the country was under the Shah’s regime. The U.S. installed the Shah in 1953 after the CIA coup that overthrew the democratically elected Prime Minister Mohammed Mossadeq for nationalizing Iran’s oil industry, for standing up to the West and saying that Iran’s oil belonged to the Iranian people.

For example, the fact that Saddam Hussein’s decision to pursue a nuclear weapon was a direct consequence of Israel’s decision to destroy Iraq’s Osirak nuclear reactor in 1981, which had been under the monitoring and supervision of the International Atomic Energy Agency, the nuclear watchdog that enforces the NPT, is just completely irrelevant. It can be forgotten, tossed down the Memory Hole. Never mind that the U.N. Security Council condemned the attack in a resolution that noted that Iraq’s nuclear program had been legal and that Israel’s attack threatened the very framework of the international non-proliferation regime. Never mind that U.S. intelligence assessed that Israel’s attack, along with its own possession of nuclear weapons, could spark an arms race and intensify efforts by Saddam Hussein and other Arab leaders to seek a nuclear deterrent to Israeli aggression.

You can on very rare occasions actually read about Israel’s attack on Osirak in U.S. political commentary. If it’s mentioned, it’s cited as an example of how effective the use of force is in deterring Israel’s neighbors in the region from obtaining nuclear weapons. I mean, it’s just an Orwellian fiction that turns reality completely on its head. So if it’s mentioned, it’s in that context. Otherwise, you can just forget it. Nothing to see there, no lessons to learn; down the Memory Hole.

Relevant facts just have no place in any discussion of Iran’s nuclear program, just as the fact that the IAEA had declared Iraq’s nuclear program totally dismantled had no place in the discussion in the mainstream media in the run-up to the war on Iraq, because the issue has nothing to do with non-proliferation. As with Iraq, that’s just the pretext under which the U.S. government justifies its policy, which is really a policy of regime change. This also explains why the U.S. government and media engaged in a propaganda disinformation campaign in an attempt to characterize Mahmoud Ahmadinejad’s victory in Iran’s 2009 presidential election as having been fraudulent, not only without evidence, but contrary to all evidence indicating that Ahmadinejad legitimately won.

KZ: Over the past years, the United Nations Security Council, under the pressure of the United States and its European allies, imposed four rounds of crippling economic sanctions against Iran over its nuclear program. These sanctions targeted Iran’s oil and gas sector, aviation industry,  health and medicine sector, consular affairs and in a nutshell, every aspect of the daily life of the Iranian citizens who had been trying to rise from the ashes of the devastating war with Iraq in 1980s. What do you think about these sanctions and their impact on the life of the Iranian citizens? Don’t these sanctions resemble some kind of human rights violation? Iranian people are deprived of having access to the most essential commodities of their daily life as a result of these sanctions. What’s your take on that?

JRH: The sanctions are a violation of the U.N. Charter and Iran’s rights under the NPT. The NPT obliges member nations to accept the safeguards regime of the IAEA, which the treaty explicitly states shall implement its duties without hampering Iran’s economic or technological development.  Article IV of the NPT states explicitly that nothing within it may prejudice Iran’s right to develop, research, and use nuclear technology for peaceful purposes, including uranium enrichment.

The U.N. sanctions originate from U.N. Security Council Resolution 1996 of 2006, which expressed concern that Iran had not taken certain steps requested of it by the IAEA and called on Iran to suspend enrichment activities. Iran had previously suspended its uranium enrichment on a voluntary basis, as a show of good faith to the West, and to go out of their way to create an atmosphere conducive to negotiations with the European Union. Part of that agreement was that the E.U. would offer Iran security guarantees. Yet the E.U. failed to fulfill its obligation and the U.S. and Israel continued to threaten Iran with military force. The West also stalled on negotiations, with the Bush administration refusing to engage Iran diplomatically and instead issuing the ultimatum that Iran must end enrichment as a precondition to talks­—which would, of course, defeat the whole point of negotiating for Iran.

As result, Iran ended its voluntary cessation of enrichment activities and resumed research.

The IAEA then called upon Iran to once again implement a voluntary cessation. That IAEA resolution in fact did not find Iran to be in violation of any of its obligations under the NPT, and in fact explicitly recognized Iran’s inalienable right under the NPT to develop, research, and produce nuclear energy, without prejudice. It merely expressed concern that Iran had been disinclined to acquiesce to the agency’s requests that it once again voluntarily suspend enrichment. It’s important to emphasize again that this was not a legal obligation under the NPT, but a voluntary unilateral action demonstrating good faith on Iran’s part. That IAEA resolution is the legal foundation for U.N. Resolution 1696 and subsequent resolutions imposing sanctions on Iran. In other words, the U.N. sanctions against Iran have no legal basis whatsoever. On the contrary, they are themselves a violation of the U.N. Charter and the NPT.

This is further illustrated by the fact that Resolution 1696 was passed under Article 40 of Chapter VII of the U.N. Charter. It states that the Security Council may call upon parties to comply with provisional measures as it deems necessary, but only under two conditions. The first is in cases where the Council has determined that a threat to the peace exists, which the U.N. has not done in the case of Iran. The second condition is that if a threat to the peace is determined to exist, any measures the U.N. takes shall be without prejudice to the rights, claims, or position of Iran. That includes Iran’s “inalienable right” under the NPT to enrich uranium.