The Moscow Trials in Historical Context 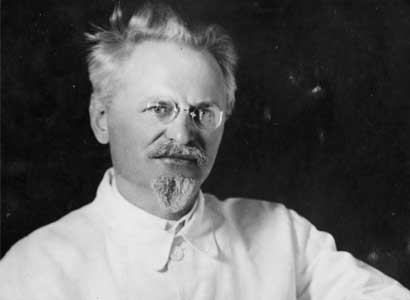 “When the history of Russian justice is written fifty years from now, two landmark court cases will stand out: The death sentence of Nikolai Bukharin in his Moscow show trial of March 1938 and the second prison sentence of Mikhail Khodorkovsky expected December 27, 2010.” — Prof. Paul Gregory

There is a subject that generally seems to be “no go” among academe: a critical attitude towards Trotsky and a less than slanderous attitude towards his nemesis, Stalin. Submission of papers on the subject is more likely to elicit responses of the type one would expect from outraged Trotskyite diehards than those of a scholarly critique. However, the battle between Trotsky and Stalin is not just one of theoretical interest, as it laid the foundations for outlooks on Russia and strategies in regard to the Cold War. The legacy continues to shape the present era, even after the implosion of the USSR. The following paper is intended to consider the Stalinist allegations against Trotsky et al in the context of history, and how that history continues to unfold. 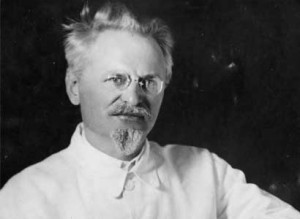 Trotsky had received comparatively good press in the West, especially since World War II, when the wartime alliance with Stalin turned sour. Trotsky has been published by major corporations,[1] and is generally considered the grandfatherly figure of Bolshevism.[2] “Uncle Joe,” on the other hand, was quickly demonized as a tyrant, and the “gallant Soviet Army” that stopped the Germans at Stalingrad was turned into a threat to world freedom, when in the aftermath of World War II the USSR did not prove compliant in regard to US plans for a post-war world order.[3] However, even before the rift, basically from the beginning of the Moscow Trials, Western academics such as Professor John Dewey condemned the proceedings as a brutal travesty. The Moscow Trials are here reconsidered within the context of the historical circumstances and of the judicial system that Trotsky and other defendants had themselves played prominent roles in establishing.

A reconsideration of the Moscow Trials of the defendants Trotsky et al is important for more reasons than the purely academic. Since the scuttling of the USSR and of the Warsaw Pact by a combination of internal betrayal and of subversion undertaken by a myriad of US-based “civil societies” and NGOs backed by the likes of the George Soros network, Freedom House, National Endowment for Democracy, and dozens of other such entities,[4] Russia – after the Yeltsin interregnum of subservience to globalization – has sought to recreate herself as a power that offers a multipolar rather than a unipolar world. A reborn Russia and the reshaping of a new geopolitical bloc which responds to Russian leadership, is therefore of importance to all those throughout the world who are cynical about the prospect of a “new world order” dominated by “American ideals.” US foreign policy analysts, “statesmen” (sic), opinion molders, and lobbyists still have nightmares about Stalin and the possibility of a Stalin-type figure arising who will re-establish Russia’s position in the world. For example, Putin, a “strongman” type in Western-liberal eyes at least, has been ambivalent about the role of Stalin in history, such ambivalence, rather than unequivocal rejection, being sufficient to make oligarchs in the USA and Russia herself, nervous. Hence, The Sunday Times, commenting on the Putin phenomena being dangerously reminiscent of Stalinism, stated recently:

Joseph Stalin sent millions to their deaths during his reign of terror, and his name was taboo for decades, but the dictator is a step closer to rehabilitation after Vladimir Putin openly praised his achievements.

The Prime Minister and former KGB agent used an appearance on national television to give credit to Stalin for making the Soviet Union an industrial superpower, and for defeating Hitler in the Second World War.

In a verdict that will be obediently absorbed by a state bureaucracy long used to taking its cue from above, Mr Putin declared that it was “impossible to make a judgment in general” about the man who presided over the Gulag slave camps. His view contrasted sharply with that of President Medvedev, Russia’s nominal leader, who has said that there is no excuse for the terror unleashed by Stalin.

Mr Putin said that he had deliberately included the issue of Stalin’s legacy in a marathon annual question-and-answer program on live television, because it was being “actively discussed” by Russians.[5]

While The Times’ Halpin commented that Putin nonetheless gave the obligatory comments about the brutality of Stalin’s regime, following a forceful condemnation of Stalin by Medvedev on October 9, 2009, it is worrying nonetheless that Putin could state that positive aspects “undoubtedly existed.” Such comments are the same as if a leading German political figure had stated that some positive aspects of Hitler “undoubtedly existed.” The guilt complex of Stalinist tyranny, having its origins in Trotskyite Stalinophobia, which has been carried over into the present “Cold War II” era of a bastardous mixture of “neo-cons” (i.e., post-Trotskyites) and Soros type globalists, often working in tandem despite their supposed differences,[6] is supposed to keep Russia down in perpetuity. Should Russia rise again, however, the specter of Stalin is there to frighten the world into adherence to US policy in the same way that the “war on terrorism” is designed to dragoon the world behind the USA. Just as importantly, The Times article commented on Putin’s opposition to the Russian oligarchy, which has been presented by the Western news media as a “human rights issue”:

During the television program, Mr Putin demonstrated his populist instincts by lashing out at Russia’s billionaire class for their vulgar displays of wealth. His comments came after a scandal in Geneva, when an elderly man was critically injured in an accident after an alleged road race involving the children of wealthy Russians in a Lamborghini and three other sports cars. “The nouveaux riches all of a sudden got rich very quickly, but they cannot manage their wealth without showing it off all the time. Yes, this is our problem,” Mr Putin said.[7]

This all seems lamentably (for the plutocrats) like a replay of what happened after the Bolshevik Revolution when Stalin kicked out Trotsky et al. Under Trotsky, the Bolshevik regime would have eagerly sought foreign capital.[8] It is after all why plutocrats would have had such an interest in ensuring Trotsky’s safe passage back to Russia in time for the Bolshevik coup, after having had a pleasant stay with his family in the USA as a guest of Julius Hammer, and having been comfortably ensconced in an upmarket flat, with a chauffeur at the family’s disposal.[9] In 1923 the omnipresent globalist think tank the Council on Foreign Relations, was warning investors to hurry up and get into Soviet Russia before something went wrong,[10] which it did a few years later. Under Stalin, even Western technicians were not trusted.[11]

Of particular note, however, is that well-placed Russian politicians and academics are still very aware of the globalist apparatus that is working for what is frequently identified in Russia as a “new world order,” and the responsibility Russia has in reasserting herself to lead in reshaping a “multipolar” world contra American hegemony. This influences Russia’s foreign policy, perhaps the most significant manifestation being the BRIC alliance,[12] despite what this writer regards as the very dangerous liaison with China.[13]

What is dismissed as “fringe conspiracy theory” by the superficial and generally “kept” Western news media and academia, is reported and discussed, among the highest echelons of Russian media, politics, military, and intelligentsia, with an analytical methodology that is all but gone from Western journalism and research. For example, the Russian geopolitical theorist Alexander Dugin is a well-respected academic who lectures at Moscow State University under the auspices of the Center for Conservative Studies, which is part of the Department of Sociology (International Relations).[14] The subjects discussed by Professor Dugin and his colleagues and students feature the menace of world government and the challenges of globalism to Russian statehood. The movement he inspired, Eurasianism, has many prominent people in Russia and elsewhere.[15]

Perhaps the best indication of Russia’s persistence in remaining resistant to globalist and hegemonic schemes for world re-organization is the information that is published by the Ministry of International Affairs. Despite the disclaimer, the articles and analyses are a far cry from the shallowness of the mainstream news media of the Western world. Articles posted by the Ministry as this paper is written include a cynical consideration of the North African revolutions and the role of “social media;”[16] and an article pointing to the immense socio-economic benefits wrought by the Qaddafi regime, which is now being targeted by revolts “backed by Western intelligence services.”[17] Political analyst Sergei Shashkov theorizes that:

Recent events perfectly fit into the US-invented concept of “manageable chaos” (also known as “controlled instability” theory). Among its authors are: Zbigniew Brzezinski, a Polish American political scientist, Gene Sharp, who wrote From Dictatorship to Democracy, and Steven Mann, whose Chaos Theory and Strategic Thought was published in Washington in 1992, and who was involved in plotting “color revolutions” in some former Soviet republics.[18]

The only place one is going to get that type of analyses in the West is in alternative media sources such as Foreign Policy Journal or Global Research. What Western government ministry would have the independence of mind to circulate analyses of this type? Russians have the opportunity to be the most well-informed people in the world in matters that are of real importance. Westerners, on the other hand, do have that essential freedom – to watch US sitcoms and keep abreast of the tittle-tattle of movie stars and pop singers. Clearly, Russia is not readily succumbing to the type of post-Cold War world as envisaged by plutocrats and US hegemonists, expressed by George H W Bush in his hopes for a “new world order” after the demise of the Soviet bloc.[19] Beginning with Putin, Russia has refused to co-operate in the establishment of the “new world order,” just as Stalin did not go along with similar schemes intended for the post-World War II era.