Spinning Unemployment in a Collapsing Empire 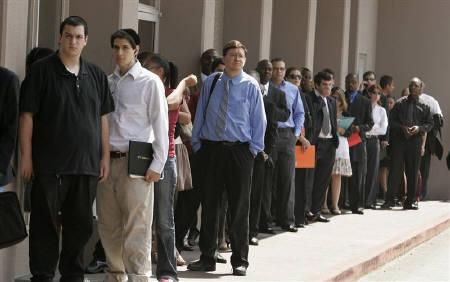 The Bureau of Labor Statistics (BLS) reported Friday that the economy gained only 103,000 new jobs in December–not enough to keep up with population growth–but the rate of unemployment (U.3) fell from 9.8% to 9.4%. If you are confused by the report, you are among the many. 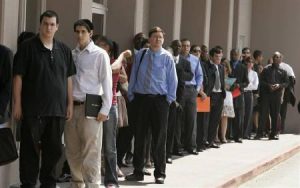 The question to ask yourself is: why does the media focus on the unemployment measure that does not count any discouraged workers?  The answer is that the U.3 measurement only counts 42% of the unemployed and makes the situation appear to be a lot better than it is.

Where are the 103,000 new jobs?  As I have reported for years, the jobs are in non-tradable domestic services: waitresses and bar tenders, health care and social assistance (primarily ambulatory health care services), and retail and wholesale trade.

Today the United States has only 11,670,000 manufacturing jobs, less than 9% of total jobs. Yet, despite America’s heavy dependence on foreign manufactures and foreign creditors, the idiots in Washington think that they are a superpower standing astride the world like a colossus.

John Williams reports that “the level of payroll employment still stands below where it was a decade ago, despite the U.S.population growing by more than 10% in the same period. The structural impairments to U.S. economic activity continue to constrain normal commercial activity, preventing any meaningful recovery in business activity.”

Another way of saying this is that American corporations have taken American jobs offshore and given them to the Chinese. So much for big business patriotism.

Williams also reports that, unless it is finagled, next month’s BLS benchmark revision of payroll employment data will lower the level of previously reported employment by more than 500,000.

Federal Reserve chairman Ben Bernanke used his testimony before the Senate Budget Committee last Friday to warn that the U.S. government must get its budget deficit under control or “the economic and financial effects would be severe.”  Here Bernanke is acknowledging that the Federal Reserve cannot indefinitely print money in order to finance wars and bailouts of the mega-rich.

But how is the government to get its budget under control?  The U.S. government, regardless of political party or president, is committed to American hegemony over the world. The Congress has just passed the largest military budget in history, and there is no indication that any of America’s wars and military occupations are near an end.

The financial crisis is not over, with more foreclosures and more losses for the financial sector that will result in more taxpayer bailouts for those “too big to fail.”  John Williams says that the double-dip is already happening, just disguised by faulty statistics, and that the deficit implications are horrendous and are likely to result in hyperinflation as the Federal Reserve will have to monetize the otherwise un-financeable deficits.

The dollar is also in danger, its role as reserve currency undermined by the Federal Reserve’s creation of more and more dollars.  Temporarily, the dollar is buttressed by the grief that Wall Street’s sale of fraudulent derivative financial instruments to Europe has caused the euro.

The Republicans will try to destroy Social Security and Medicare in order to pay for wars and bailouts. If Americans are capable of realizing that they are threatened on a much greater level by the Republicans’ evisceration of the social safety net than they are by terrorists, the Republican assault on what they call “the welfare state” will fail.

The fallback target will be private pensions, assuming any survive plunder by the Wall Street investment banks. Pension funds could be required to invest in Treasury debt or they could face a levy. In the Clinton administration, Assistant Secretary of the Treasury Alicia Munnell proposed confiscating 15% of all pension assets on the grounds that they had accumulated tax free. Certainly Washington will steal Americans’ pensions, just as Washington has stolen Americans’ civil liberties, in order to continue the empire’s wars of hegemony.

Increasingly, the rest of the world views America as the single source of its financial and political woes. While the superpower massacres Muslims in the Middle East and Central Asia, people in the rest of the world have learned from WikiLeaks that the U.S. government manipulates, bribes, threatens, and deceives other governments in order to  have those governments serve the U.S. government’s interest at the expense of the interests of their own peoples.

The American Imperial Empire rests on puppet governments that are increasingly distrusted and hated by the peoples under their rule. Like the Soviet Union’s Eastern European empire, the American Empire is ruled not directly but through puppet states.

Puppet governments are caught between the empire’s power and the power of the local population. To the extent that Europeans have a moral conscience, they will find America’s foreign policy increasingly repugnant. To the extent that Muslim solidarity grows, the Muslim puppet governments that support America’s and Israel’s massacres of Muslims will find themselves threatened from within.

The American Empire is on the rocks, despite its vast arsenal of nuclear weapons and its control over the foreign and domestic policies of its subservient puppet states in  Western and Eastern Europe, the United Kingdom, Canada, Australia, parts of Africa, the Middle East, Japan, Thailand, Indonesia, the Baltic states, Georgia, Kosovo, Mexico, Central America, Columbia, and, no doubt, others.

A country that is the font of war and oppression, whose dominance rests on the weak reed of puppet states, and whose economy is collapsing will not long remain dominant.