If Words Could Kill: Those Bloodthirsty Americans and Their Death Threat Duplicity 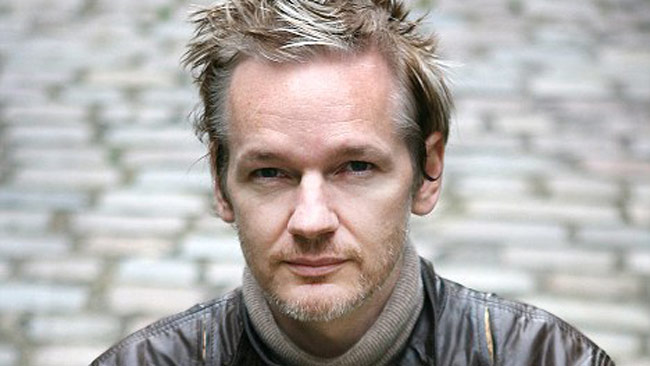 “I want people to see the truth…regardless of who they are…because without information, you cannot make informed decisions as a public.” – Bradley Manning

“Assassination is the extreme form of censorship.” – George Bernard Shaw

Ever since WikiLeaks became a household name this past summer, following the release of 77,000 secret U.S. documents relating to the ongoing occupation and destruction of Afghanistan, many American politicians and pundits have been calling for blood. Despite then-top military commander General Stanley McChrystal’s own admission in March of this year, the U.S. military in Afghanistan has “shot an amazing number of people” even though “none has ever proven to be a threat,” the ire resulting from the activities of WikiLeaks is directed at the whistle-blowers themselves, rather than at those actually implicated in war crimes as shown by the leaked documents. 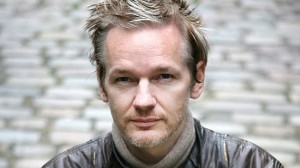 In their eternal allegiance to government secrecy, aggressive imperialism, and American exceptionalism, numerous WikiLeaks’ critics have been outraged over the publication of U.S. government documents.  While accusing WikiLeaks founder Julian Assange of everything from espionage to terrorism to treason (Assange isn’t a U.S. citizen), they hold him responsible for the deaths of both soldiers and civilians and have even publicly suggested and supported threats to assassinate him.

Defense Secretary Robert Gates has described these hysterical reactions to WikiLeaks release as “fairly significantly overwrought” due to the continuing slow and calculated release of over 251,000 previously secret and classified U.S. diplomatic cables (fewer than 1,500 cables have been released so far).  Still, there are increasing calls not only for Assange’s indictment, but also explicitly for his murder.

On November 29, Fox News‘s Bill O’Reilly declared on air that those responsible for the leaked documents are “traitors in America” and that they “should be executed,” adding “or put in prison for life,” as a dismissive afterthought.

The next day, Bill Kristol, in a The Weekly Standard article entitled “Whack WikiLeaks,” urged the United States government to “neutralize Julian Assange and his collaborators, wherever they are” and hoped for a glorious, unified bipartisan effort “to degrade, defeat, and destroy WikiLeaks.” One need only recall what Senator Lindsey Graham said in early November about “neutering” the Iranian government to get an idea of what Kristol is talking about.

Sarah Palin chimed in on Facebook, writing that Assange “is an anti-American operative with blood on his hands” who should be “pursued with the same urgency we pursue al Qaeda and Taliban leaders.” This very urgency was mentioned in a presidential debate in October 2008 by Palin campaign opponent Barack Obama, who made the following promise to Americans: “We will kill bin Laden; we will crush Al Qaeda. That has to be our biggest national security priority.” One can assume that Palin meant that the WikiLeaks founder should be hunted with a similar kind of lethal force and not that he should simply be left alone to die peacefully from kidney failure in the mountains of Tora Bora nine years ago while his family is quickly placed under the protection of the FBI and flown to a secure location. But then again, it’s Sarah Palin.

On the same day, another 2012 Republican presidential hopeful wished for the assassination of Assange.  Former Arkansas governor and Fox News host Mike Huckabee, speaking at The Ronald Reagan Presidential Foundation & Library, told reporters, “Whoever in our government leaked that information is guilty of treason, and I think anything less than execution is too kind a penalty.” Huckabee, who was signing copies of his new children’s book, “Can’t Wait Till Christmas!” at the time, was presumably referring to U.S. Army intelligence analyst Bradley Manning, who is accused of providing WikiLeaks with the classified documents and is currently being held in intense solitary confinement the brig at the Marine Corps Base in Quantico, Virginia. Manning has been locked up in Quantico or five months now, after spending two months detained in a military jail in Kuwait. Manning, like Assange, has not been convicted of any crime. Kids, Christmas, and Capital Punishment. Thanks, Mike!

Fox News national security analyst Kathleen McFarland urged the United States to declare WikiLeaks a terrorist organization, kidnap Assange, and try him in a military tribunal for espionage. Furthermore, McFarland, who served in the Pentagon under the Nixon, Ford and Reagan administrations and is currently a “Distinguished Adviser” at the Iran-hating/Israel-advocating think tank The Foundation for the Defense of Democracies, agreed with Huckabee that Manning should be charged and tried as a traitor for exposing American war crimes, criminal negligence, and diplomatic duplicity. “If he’s found guilty,” she wrote, “he should be executed.”

Also on November 30, the Jewish Institute for National Security Affairs (JINSA) – whose contradictory motto reads Securing America, Strengthening Israel – addressed the WikiLeaks release by musing whether the U.S. government would “try to hang Manning from the nearest tree?”

In a post on the right-wing website Red State on December 1, a commenter by the moniker “lexington_concord” fantasized about Julian Assange receiving the Abe Lincoln treatment. “Under the traditional rules of engagement he is thus subject to summary execution,” he writes, “and my preferred course of action would be for Assange to find a small caliber round in the back of his head.”

The following day, Washington Times columnist Jeffrey Kuhner published a vitriolic attack on Assange, whom he accused of being “an anti-American radical who wants to see the United States defeated by its Islamic fascist enemies.” Other goals Kuhner ascribed to Assange included the humiliation of America “on the world stage, to drain it of all moral and legal legitimacy – especially regarding the wars in Iraq and Afghanistan.” Kuhner wrote that Assange “is aiding and abetting terrorists in their war against America,” and suggested that the Obama administration “take care of the problem – effectively and permanently” by treating Assange as an “enemy combatant” and “the same way as other high-value terrorist targets.” It is no surprise, therefore, that Kuhner’s column was entitled “Assassinate Assange.”

Though it may seem strange that a Montreal native like Kuhner is disappointed that “America is no longer feared or respected,” he is not the only Canadian to harbor such violent visions of Assange’s murder. Tom Flanagan, a senior adviser to Canadian Prime Minister Stephen Harper, said plainly on the Canadian TV station CBC, “I think Assange should be assassinated, actually. I think Obama should put out a contract and maybe use a drone or something.”

Speaking with Chris Wallace on Fox News, former House Speaker and paid Fox News contributor Newt Gingrich said on December 5 that “Julian Assange is engaged in warfare. Information terrorism, which leads to people getting killed is terrorism. And Julian Assange is engaged in terrorism.” As such, Gingrich suggested, “He should be treated as an enemy combatant and WikiLeaks should be closed down permanently and decisively.” If recent history is any indication, as an enemy combatant Assange would most likely be either murdered in his own country by U.S. soldiers and air strikes or kidnapped, tortured, and indefinitely imprisoned in inhumane conditions without charge or trial.