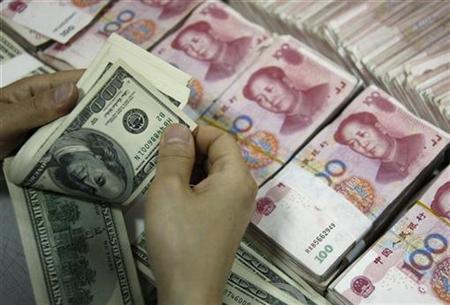 Now that a few Democrats and the remnants of the AFL-CIO are waking up to the destructive impact of jobs offshoring on the US economy and millions of American lives, globalism’s advocates have resurrected Dartmouth economist Matthew Slaughter’s discredited finding of several years ago that jobs offshoring by US corporations increases employment and wages in the US.

At the time I exposed Slaughter’s mistakes, but economists dependent on corporate largess understood that it was more profitable to drink Slaughter’s kool-aid  than to tell the truth. Recently, the US Chamber of Commerce rolled out Slaughter’s false argument as a weapon against House Democrats Sandy Levin and Tim Ryan, and the Wall Street Journal had Bill Clinton’s Defense Secretary, William S. Cohen, regurgitate Slaughter’s claim on its op-ed page on October 12. 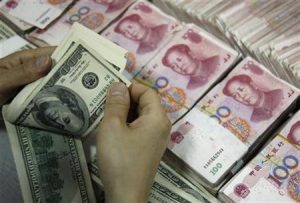 I sent a letter to the Wall Street Journal, but the editors were not interested in what a former associate editor and columnist for the paper and President Reagan’s Assistant Secretary of the Treasury for Economic Policy had to say. The facade of lies has to be maintained at all costs.  There can be no questioning that globalism is good for us.

Last May I was in St. Louis and was struck by block after block of deserted and boarded up homes, deserted factories and office buildings, even vacant downtown storefronts.

Detroit is trying to shrink itself by 40 square miles. On October 25, 60 Minutes had a program on unemployment in Silicon Valley, where formerly high-earning professionals have been out of work for two years and today cannot even find part-time $9 an hour jobs at Target.

If Slaughter (or Cohen) had consulted the Bureau of Labor Statistics nonfarm payroll jobs data, he would have been unable to locate the 5.5 million jobs that were allegedly created.  In my columns, I have reported for about a decade the details of new jobs creation in the U.S. as revealed by the BLS data, as has Washington economist Charles McMillion.  Over the last decade, the net new jobs created in the U.S. have nothing to do with multinational corporations.  The jobs consist of waitresses and bartenders, health care and social services (largely ambulatory health care), retail clerks, and, while the bubble lasted, construction.

These are not the high-tech, high-paying jobs that the “New Economy” promised, and they are not jobs that can be associated with global corporations. Moreover, these domestic service jobs are themselves scarce.

But facts have nothing to do with it. Did Slaughter, Cohen, the Chamber, and the Wall Street Journal ever wonder how it was possible to have simultaneously millions of new good-paying middle class jobs and virtually the worst income inequality in the developed world, with all income gains accruing to the mega-rich?

In mid-October Treasury Secretary and Goldman Sachs puppet Tim Geithner gave a speech in California in the backyard, or former backyard, of 60 Minutes’ Silicon Valley dispossessed upper middle class interviewees in which Geithner said that the solution is to “educate more engineers.”

We already have more engineers than we have jobs for them. In a recent poll, a Philadelphia marketing and research firm, Twentysomething, found that 85% of recent college graduates planned to move back home with parents. Even if members of the “boomeranger generation” find jobs, the jobs don’t pay enough to support an independent existence.

The financial press turns bad news into good news. Recently a monthly gain of 64,000 new private sector jobs was hyped, jobs that were more than offset by the loss in government jobs.  Moreover, it takes around 150,000 new jobs each month to keep pace with labor force growth.  In other words, 100,000 new jobs each month would be a 50,000 jobs deficit.

The idiocy of the financial press is demonstrated by the following two headlines which appeared on October 19 on the same Bloomberg page:

To keep eyes off of the loss of jobs to offshoring, policymakers and their minions in the financial press blame US unemployment on alleged currency manipulation by China and on the financial crisis. The financial crisis itself is blamed by Republicans on low income Americans who took out mortgages that they could not afford.

In other words, the problem is China and the greedy American poor who tried to live above their means. With this being the American mindset, you can see why nothing can be done to save the economy.

No government will admit its mistakes, especially when it can blame foreigners. China is being made the scapegoat for American failure. An entire industry has grown up that points its finger at China and away from 20 years of corporate offshoring of US jobs and 9 years of expensive and pointless US wars.

As time has passed, the irresponsible and foolish policies of the US have eroded the dollar’s value, and as the Chinese currency is pegged to the dollar, its value has moved down with the dollar. The Chinese have not manipulated the peg in order to make their currency less valuable.

The major cause of the US trade deficit with China is “globalism” or the practice, enforced by Wall Street and Wal-Mart, of US corporations offshoring their production for US markets to China in order to improve the bottom line by lowering labor costs. Most of the tariffs that the congressional idiots want to put on “Chinese” imports would, therefore, fall on the offshored production of US corporations. When these American brand goods, such as Apple computers, are brought to US markets, they enter the US as imports.  Thus, the tariffs will be applied to US corporate offshored output as well as to the exports of Chinese companies to the US.

The correct conclusion is that the US trade deficit with China is the result of “globalism” or jobs offshoring, not Chinese currency manipulation.

An important point always overlooked is that the US is dependent on China for many manufactured products, including high technology products that are no longer produced in the US.  Revaluation of the Chinese currency would raise the dollar price of these products in the US. The greater the revaluation, the greater the price rise. The impact on already declining US living standards would be dramatic.

When US policymakers argue that the solution to America’s problems is a stronger Chinese currency, they are yet again putting the burden of adjustment on the out-of-work, indebted, and foreclosed American population.