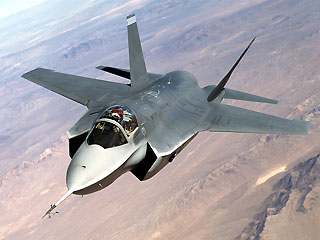 Maidhc Ó Cathail is a widely published Irish author and journalist. He has been living in Japan since 1999. Ó Cathail’s articles and commentaries have appeared on a number of media outlets and newspapers including Antiwar.com, Arab News, Foreign Policy Journal, Khaleej Times, Information Clearing House, Palestine Chronicle, Tehran Times and the Washington Report on Middle East Affairs.

Maidhc joined me in an exclusive interview and responded to my questions about the 9/11 attacks, the influence of the Israeli lobby over the U.S. administration, the prospect of the Israeli–Palestinian conflict, the prolonged controversy over Iran’s nuclear program, and the freedom of press in the United States. 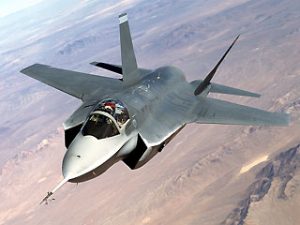 Kourosh Ziabari: The Iranian President’s recent proposal for the establishment of a fact-finding group to probe into the 9/11 attacks stirred up widespread controversy in the United States. American politicians reacted to Mr. Ahmadinejad’s plan with frustration. Is it because they are aware of some evidence which suggests that Israel was behind the attacks?

Maidhc Ó Cathail: I would say that most American politicians are totally unaware of the Israeli “art students,” the so-called “dancing Israelis,” the Odigo warnings and other facts that point to Israeli involvement in the 9/11 attacks. Therefore, they probably considered Ahmadinejad’s questioning of the official 9/11 narrative to be yet another unwarranted provocation of the United States by the Iranian leader.

KZ: You’ve recently written an article about the bill proposed by Senator Joe Lieberman which claims the entire internet and the whole global computer network and everything on it as a “national asset” of the United States, thus giving the power to the U.S. President to kill the internet in the event of a national cyber-emergency. How does this bill, as you’ve put it precisely, kill the internet? In what ways is this proposal contradictory to American freedoms and incongruous with international law?

MÓC: Titled “Protecting Cyberspace as a National Asset Act of 2010,” the bill stipulates any internet firms and providers must “immediately comply with any emergency measure or action developed” by the “National Center for Cybersecurity and Communications,” a new section of the U.S. Department of Homeland Security. If the bill becomes law, not only American citizens but people everywhere could have their right to access and share information cut off at any time by this increasingly powerful government department.

Interestingly, the Department of Homeland Security owes its origins to a bill co-sponsored by two of Israel’s biggest supporters on Capitol Hill: Senator Lieberman and Senator Arlen Specter, who was seen as “the go-to guy for the Jewish community on Israel.” As I wrote in an article entitled “The Merchants of Fear,” Israel has profited enormously from “homeland insecurity” in the United States and elsewhere since 9/11. It’s hardly a coincidence that the source of this latest expansion of Homeland Security at the expense of civil liberties is “the No. 1 pro-Israel advocate and leader in Congress.”

KZ: In your articles, you’ve alluded to some facts which American citizens might be unaware of. Israel is claimed to be the “staunchest ally” of the United States, but as you’ve mentioned in your articles, it frequently and inexcusably undermined the strategic interests of the U.S. Why does the U.S. government continue to offer its unconditional support for Israel while there are influential voices within the U.S. administration who acknowledge that Israel will betray the United States after all?

MÓC: On this issue, domestic politics invariably trumps the national interest. Any president who offers anything less than unconditional support for Israel will be immediately reprimanded in an AIPAC-drafted letter signed by 76 senators whose overriding desire to be re-elected apparently blinds them to the incalculable damage Israel is doing to American interests.

I’m not sure if there are “influential voices” within the administration who question Israel’s value to the United States. Those who hold such heretical views as Charles Freeman, Admiral Blair’s nominee for chairman of the National Intelligence Council, are generally kept out of government by the Lobby.

KZ: Controversy over Iran’s nuclear program has spanned more than six years and we’re witness to erosive, unfruitful and unconstructive approaches to this issue. What do you think about this standoff? Don’t you believe that Iran has become the subject of an unfair, unjustifiable exercise of double standards while Israel, a non-signatory to the Nuclear Non-Proliferation Treaty, possesses up to 200 nuclear warheads and is immune to any kind of investigation or accountability before the international community?

MÓC: It beggars belief that no sooner than Iraq had been invaded over non-existent WMDs, the so-called “international community” began falling for the same lies – from the same source – about Iran’s non-existent nuclear weapons program. We are also supposed to believe that Israel’s massive nuclear arsenal is justified by what Obama called its “unique security requirements,” whereas “evil” Iran must want them to “wipe Israel off the map.” Of course, in the real world, the “Iranian nuclear threat” is all about Israel’s fear of having its regional hegemony challenged. And that’s why, as Marsha B. Cohen expertly documented in a recent article, “In the wake of 9/11, Israel put Iran into ‘Axis of Evil.’”

KZ: The mainstream media in the United States frequently boast of their independence and professionalism and usually lash out at the media in developing, non-aligned countries by labeling them state-run and state-controlled. The unanticipated expulsion of Rick Sanchez from CNN over his remarks about the dominance of Jews in the U.S. media demonstrated that the media in the United States are not as free and self-determining as they claim. Is it practically possible to dissolve the Israeli lobby’s stranglehold over the U.S. media? If not, what are the reasons for that?

MÓC: As Helen Thomas, the 89-year-old victim of a vindictive Lobby, recently observed, “You cannot criticize Israel in this country and survive.” That’s because there are very few major U.S. media that are not owned and run by pro-Israelis. I can’t see that changing anytime soon. However, the internet is, as John Mearsheimer put it, a game changer. Perhaps that’s why Joe Lieberman seems so eager to “kill” it. It may be that he is less afraid of “cyberterrorism” than he is of the truth.

KZ: Let’s switch to the Israeli–Palestinian conflict. What is, in your view, the prospect for this erosive and unremitting war? Will the U.S.-brokered peace negotiations bear any fruit and bring about peace between the two sides? Is Israel capable of keeping up its aggressive attitude towards the Palestinian nation? Will it submit to international pressure to lift the blockade of Gaza? Above all, will Israel succeed in surviving politically with its shaky, unsteady foundation?

MÓC: As Charles Freeman recently stated, “Only a peace process that is protected from Israel’s ability to manipulate American politics can succeed.” So, to paraphrase the neocons, the road to Jerusalem leads through Washington. As long as the Lobby holds sway inside the Beltway, Israel can do what it likes in the West Bank and Gaza.

Unless the Palestinians can be forced to accept a series of disjointed Bantustans and call it a “Palestinian state,” there is going to be a single apartheid state between the Jordan and the Mediterranean which would be difficult to sustain over the long term. In order to forestall that threat to its vision of a “Jewish and democratic state,” Israel may be about to embark on another wave of the ethnic cleansing it began in 1947-49.

KZ: A brief review of the contemporary history of international relations reveals that the United States has never been faithful and loyal to its stooges. It held up Saddam Hussein, unconditionally aided him, supported him, funded him and persuaded him to invade Iran in the 1980s and executed him 20 years later. It backed and sponsored the House of Saud and Bin Laden family until an international terrorist gang was framed out of it, and now is bombarding Northern Pakistan in an attempt to kill Osama Bin Laden, the man whose relationship with the Bush family is known to almost everyone. So can we conclude that a similar destiny is awaiting the state of Israel?

MÓC: First of all, Israel has never been a “stooge” of the United States. If there is any stooge in this relationship, it is America. After all, it is the U.S. that has been fighting and paying for Israel’s wars, not the other way around. However, if enough Americans ever learn about the well-documented examples of Israeli treachery, the Lavon Affair, the USS Liberty, Operation Trojan and Jonathan Pollard come to mind, the Jewish state may be left to fight its own wars. Perhaps then, as Ahmadinejad really said, the occupation regime over Jerusalem will “vanish from the page of time.”