In mass media coverage, the economic roots of the conflict that has plagued the Democratic Republic of Congo for over a decade is frequently eclipsed by the emotive images and stories of the worst atrocities committed against civilians in recent times. The United Nations has declared it “the deadliest conflict since World War II”, in which six million people, half of them children, have died since 1996. The mass rapes used as a military tactic in ethnic cleansing have been reported in the hundreds of thousands and confirm to the world that the DRC is by far the worst place on Earth  to be a woman.

The conflict is frequently perceived as a territorial war between rival militia factions whilst the corporate dimension that supports it is poorly understood by the potential consumers of products which rely on materials sourced from this region. Coltan, the Congo’s most sought after mineral, is the industrial term for the metallic ore columbite tantalite that is used in the manufacture of electronic capacitators which power computers, mobile phones, DVD players, and video game systems. Its high impact strength and unique ability to conduct heat and electricity makes it sought after by the manufacturers of high tech components. Once it is processed and manufactured into capacitators, it is used in goods produced by companies such as Nokia, Motorola, Compaq, Alcatel, Dell, Hewlett-Packard , IBM, Lucent, Ericsson and Sony. The DRC holds an estimated 64 to 80% of the world’s reserve of coltan which was has seen a drop in value over the past decade as the conflict has provided a black market for supplies controlled by militia groups. The demand for the debut of the Sony Playstation 2 alone is reported to have increased the market value for coltan powder from $49 per pound to a $275 per pound in the year 2000, providing support to warring factions and enabling armed groups to engage in genocide.

The Congo is also rich in other mineral resources such as gold; wolframite, which used in the vibrate function of cell phones; and pyrochlore, a rare mineral used in steel production and casserite, which is used in the production of tin. But despite the vast wealth the DRC generates for multi-national corporations, its citizens are amongst the poorest in the world. The nation has the second lowest nominal GDP due to the lack of transparency in most of its economic activity, and there is no system of corporate accountability for the supply chain of conflict minerals sourced by using licensed exporters who deal with middlemen that obtain the minerals from militia leaders and criminal gangs. International governments fail to hold the companies to account and the low risk of prosecution combined with high profitability make business in the DRC appealing to both multi-national companies and organized crime. Richard Durbin, US Senate majority whip stated, “Without knowing it, tens of millions of people in the United States may be putting money in the pockets of some of the worst human rights violators in the world simply by using a cell phone or laptop computer”.

Currently, the main consumer of minerals sourced from the Congo is China, which has recently sealed a $9 billion resource deal and has virtually no accountability in the way they conduct business in the DRC. Western companies are legally bound to comply with Congo’s mining code, but no such restrictions will apply to China, which is providing roads, rail lines, hospitals, and new mining facilities in exchange for loans which may leave the nation in debt into the next century. As many militas have transformed into political parties and graduated into positions in national institutions and the military, some of the individuals who are responsible for overseeing and perpetrating the worst human rights abuses will now benefit from Chinese investment.

Due to pressure from human rights organizations some capacitator manufacturers and tantalum processing companies are in the process of developing methods to identify coltan before it becomes processed and untraceable, thereby keeping it out of the market. The cycle of consumption is what ultimately fuels the violence in the DRC, calls for corporate accountability are the first step in a complex process which must involve individual responsibility on the part of consumers and broader responsibility on the part of governments that currently allow the distribution and sale of goods which have been produced by facilitating human rights violations.

Patrick Alley, director of Global Witness said, “Breaking the link between minerals and violence must be an integral part of the solution – not something that is looked into once the peace is achieved.”

Gwen Thompkins China, “Congo Trade for What the Other Wants” NPR

Global Witness Report “Faced with a Gun, What Can You Do?”

“Coltan” Friends of the Congo

“Why Congo Week” Breaking The Silence 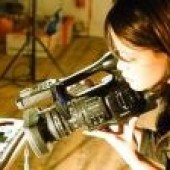 Naomi Pattirane is an Indonesian American human rights journalist and activist. She is the founder and editor of the online magazine World Women International, a film maker and an author of slipstream fiction. Her work has been featured on the United Nations sites Peacewomen and Stoprapenow.com to promote action against sexual violence in conflict zones.