The Price of Courage: On Goldstone’s Bar Mitzvah and Finkelstein’s Book 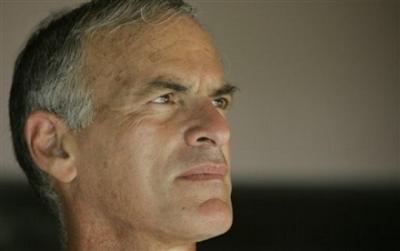 In his report on Gaza issued late last year, prominent South African jurist Richard Goldstone accused Israel and Hamas of committing war crimes. His language also showed awareness of the fact that the former is an occupying power with most sophisticated weapon arsenal (as reflecting in the number of Palestinian victims), and the latter is a besieged, occupied faction in a state of self-defense. Although Goldstone must have been aware of the kind of hysteria such a report would generate, he still did not allow ideological or ethnic affiliation to stand between him and his moral convictions. 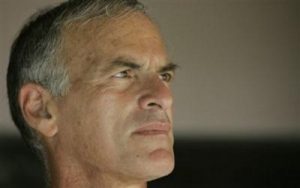 Despite some initial apprehension – owing to the fact that Goldstone is a self-declared Zionist with links to Israel – many justice and peace advocates were comforted by the man’s past record. He was a former judge of the Constitutional Court of South Africa and former Prosecutor of the International Criminal Tribunals of the former Yugoslavia and Rwanda.

In April 2009, the United Nations Human Rights Council (UNHRC) appointed Goldstone to lead the mission of investigating war crimes committed by Israel in the devastating war in Gaza between December 27, 2008 and January 18, 2009. Goldstone insisted that the mandate must also include alleged violations committed by Palestinians. At the end, he was asked to set his own mission’s mandate, a reflection of the level of trust placed in him by the UNHRC.

The report’s findings were published in September 2009, providing one of the most vivid, sober and unmistakable recommendations ever issued by a UN mission since Israel began its open-ended campaign of massacres and violations on the territorial sovereignty and human dignity of the Palestinian people and its Arab neighbors.

What has been shocking for Israel and its supporters is the nature of the report’s recommendations. It urges the international community to “start criminal investigation in national courts…where alleged perpetrators (of war crimes) should be arrested and prosecuted in accordance with internationally recognized standards of justice.” But more than this, the anger in Israelis and Zionists everywhere has largely been inspired by the fact that Goldstone is supposed to be ‘one of them’. He cannot be easily derided either as a ‘self-hating Jew,’ nor can he be accused of anti-Semitism, the ready-to-serve warrant of anyone who dares criticize Israel’s criminal conduct.

My own interest in Goldstone is motivated by three reasons. First, Gaza is still suffering under the very conditions that Judge Goldstone so aptly described in his report. Nothing has happened since then to ease the pain of the victims, nor to heed his call for justice.

It behooves Rabbi Goldstein to remember that it is only the barbarous killing of thousands of innocent civilians that is ‘delegitimizing’ Israel. As for ‘selling out,’ Goldstone is indeed a ‘sell out’ as far as any blind tribal affiliations are concerned, affiliations that seem to matter more to the Jewish Board of Deputies than the cause of justice, fairness, equality and peace that are enshrined in all major world religions and philosophies, notwithstanding Judaism.

That leads to the third reason that compelled the revisiting of this subject – Norman Finkelstein’s most recent volume, ‘This Time We Went Too Far: Truth and Consequences of the Gaza Invasion.’

Finkelstein is not an ordinary author. His readers know well that one rarely finds so many strong qualities in a single writer: compelling academic research, unbending moral clarity, lucidity in style, and a refusal to dehumanize the subject and the victim. ‘This Time We Went Too Far’ will serve in academic and human rights circles – as Goldstone will serve a similar purpose in the legal arena – as the categorical indictment of Israel’s brutal policies in Gaza. More, it will forever shame those who have allowed titles, money, prestige and, again, blind tribal affiliation to prevent them from seeing the untold inhumanity that took place, and continues to take place in Gaza and the rest of Palestine. Sadly, as such cruelty perpetuates, so do the diatribes of Israel’s apologists. Finkelstein is no stranger to vile attacks from Israel’s diehard friends, and Goldstone will also eventually get used to it.

Finkelstein positions his book within proper historical contexts. He summons the events that lead to, coincided with and followed the Israeli war on Lebanon in the summer of 2006, which also killed and wounded thousands, and destroyed much of the country’s civilian infrastructure. The similarities are too stark, but are made much clearer by Finkelstein’s patient evaluation of both events. Moreover, he revisits the Israeli war and invasion of Lebanon of 1982, revealing much of Israel’s bizarre but predictable behavior.

Finkelstein provides lengthy and immaculate research that highlights the repellent propaganda which preceded and followed the massacre in Gaza. Although he makes various references to the Goldstone mission and report earlier in the book, he dedicates most of the book’s epilogue to the Goldstone report and its many consequences. His revelations and analysis are encouraging in that they suggest that things are in fact changing. Israel, a rouge state by any reasonable standards, will never reclaim its fictitious old status as a beacon of progress and democracy. No amount of lies, intimidation or blackmail could sell Israeli war crimes as self-defense, or smear Israeli critics as anti-Semites. The book makes a very convincing case to back up this assertion.

“The times they are a-changing,” wrote Finkelstein. True, and that is a most impressive achievement that was made possible by the likes of Jimmy Carter, John Mearsheimer, Stephen Walt, Richard Goldstone, Richard Falk, John Dugard, Finkelstein himself, and the innumerable authors, journalists and bloggers who tirelessly worked to document the truth.

But it is also the courage of the Palestinian people in Gaza and elsewhere that made it possible for us to take such stances. Our efforts dwarf in comparison to their courage, resilience and sacrifices.

Finkelstein’s book is a testimony to all of that, and much more.