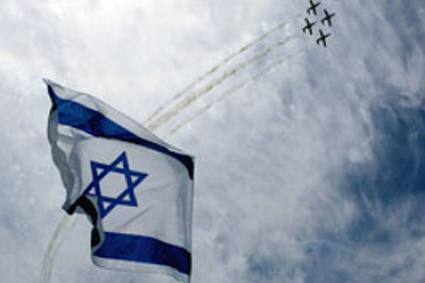 Although Zionism typically represents itself as the solution to anti-Semitism, the truth is less flattering. In fact, hostility toward Jews is indispensable to the cause of Jewish nationalism. If anti-Semitism didn’t exist, Zionists would have to invent it. And in many cases that is precisely what they have done.

Contrary to the widespread perception that Zionism opposes anti-Semitism, its adherents have occasionally revealed a more ambivalent attitude to Jew-hatred. In 1895, Theodor Herzl, the founder of modern Zionism, prophetically wrote in his Diaries, “Anti-Semites will become our surest friends, anti-Semitic countries our allies.”

Even the suffering inflicted on European Jewry by the Nazi holocaust doesn’t seem to have unduly tempered such cynicism. In 1995, Jay Lefkowitz, an American government official, told the New York Times Magazine, “Deep down, I believe that a little anti-Semitism is a good thing for the Jews— reminds them who they are.” 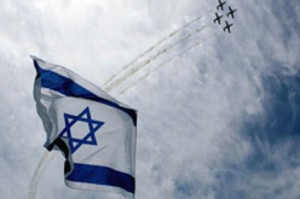 If Zionist extremists can’t provoke the desired level of anti-Semitism to advance their goals, they are even prepared to fake it. A 1952 article in Davar, the official organ of Mapai, the party of the then Israeli Prime Minister David Ben-Gurion, suggested sending a team of saboteurs “to help redeem Jews” from the countries where they are “absorbed in sinful self-satisfaction.”

“The task of these young men,” the article explained, “would be to disguise themselves as non-Jews, and, acting upon the brutal Zionism, plague these Jews with anti-Semitic slogans, such as ‘Bloody Jew,’ ‘Jews go to Palestine,’ and similar ‘intimacies.’”

Lest anyone doubt that the Israeli government would ever contemplate carrying out such a cynical plot to encourage Jews to move to Israel, the “rescue” of about 125,000 Iraqi Jews in the early 1950s involved far worse acts. “In attempts to portray the Iraqis as anti-American and to terrorize the Jews,” wrote former CIA officer Wilbur Eveland in Ropes of Sand, “the Zionists planted bombs in the U.S. Information Service library and in synagogues. Soon leaflets began to appear urging Jews to flee to Israel.”

Whatever about posing as “Arab anti-Semites,” one might think that Zionists would draw the line at a post-Holocaust sponsorship of Nazism. Yet this is exactly what a leading Canadian Zionist organization has been accused of. “In the 1960s, the Canadian Jewish Congress (CJC) paid John Garrity, a small-time mercenary, to build up the fledgling Canadian Nazi Party,” reveals Ezra Levant in Shakedown. When the embarrassing truth emerged, it was justified by the CJC as an attempt to learn more about neo-Nazism. However, the real purpose, according to the Jewish Canadian writer, was to provide “a pretext for the addition of ‘hate’ laws to the criminal code.”

While “hate” sounds like something that all decent people would condemn, one man’s hate may be another man’s righteous indignation. Zionists, for example, tend to conflate anti-Zionism with anti-Semitism, and, therefore, as something that could be considered a “hate crime.”

But are Professors Mearsheimer and Walt engaged in hate propaganda by documenting the harmful influence of the Israel lobby over US foreign policy? Or is former US President Jimmy Carter a “bigot” for comparing the Israeli occupation of Palestine to apartheid South Africa? Are the survivors of the USS Liberty who refuse to remain silent about Israel’s deliberate attack on their ship merely motivated by hatred of Jews? Is Professor Norman Finkelstein a “self-hating Jew” for exposing the Holocaust Industry’s corruption of history and memory in the service of an extortion racket? And is UN special rapporteur Richard Falk also “self-hating” for likening Israel’s actions against the besieged Gazans to what the Nazis did to Jews in the Warsaw Ghetto?

In each of these cases, by no means an exhaustive list, the charge of anti-Semitism, rather than serving to protect Jewish people from defamation, has been used to obscure Zionist crimes.

However, as Zionist criminality becomes increasingly transparent, there will most likely be a sharp rise in anti-Semitism worldwide. No doubt much of it will be the result of genuine, albeit misdirected, anger as the extent of Zionist crimes against humanity becomes more widely known. But considering Zionism’s history of faking attacks on Jews, we can expect at least some of this “hate” to be the work of Jewish extremists who disingenuously claim to be fighting anti-Semitism.

Perhaps it’s time for those who are genuinely concerned about combating hatred in the world to heed the words of Israel Shahak. As the great Israeli humanist concluded in his classic Jewish History, Jewish Religion, “Although the struggle against antisemitism (and of all other forms of racism) should never cease, the struggle against Jewish chauvinism and exclusivism … is now of equal or greater importance.”