The Road to Armageddon 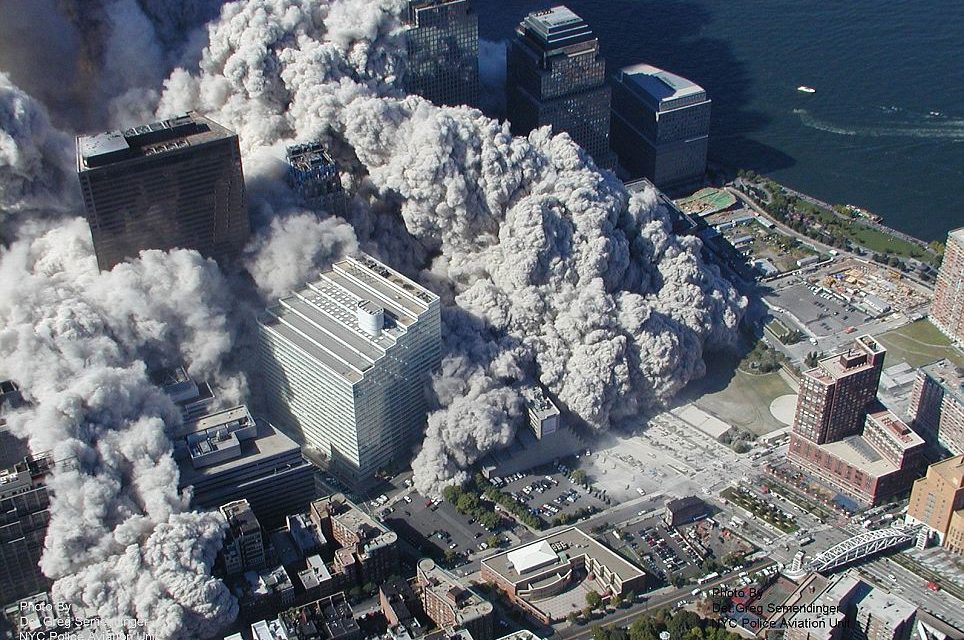 The Washington Times is a newspaper that looks with favor upon the Bush/Cheney/Obama/neocon wars of aggression in the Middle East and favors making terrorists pay for 9/11. Therefore, I was surprised to learn on February 24 that the most popular story on the paper’s website for the past three days was the “Inside the Beltway” report, “Explosive News,” about the 31 press conferences in cities in the US and abroad on February 19 held by Architects and Engineers for 9/11 Truth, an organization of professionals which now has 1,000 members.

I was even more surprised that the news report treated the press conference seriously. How did three World Trade Center skyscrapers suddenly disintegrate into fine dust? How did massive steel beams in three skyscrapers suddenly fail as a result of short-lived, isolated, and low temperature fires? “A thousand architects and engineers want to know, and are calling on Congress to order a new investigation into the destruction of the Twin Towers and Building 7,” reports the Washington Times. 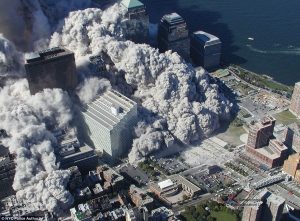 The paper reports that the architects and engineers have concluded that the Federal Emergency Management Agency  (FEMA) and the National Institute of Standards and Technology (NIST) provided “insufficient, contradictory and fraudulent accounts of the circumstances of the towers’ destruction” and are “calling for a grand jury investigation of NIST officials.”

The newspaper reports that Richard Gage, the spokesperson for the architects and engineers said: “Government officials will be notified that ‘Misprision of Treason,’ U.S. Code 18 (Sec. 2382) is a serious federal offense, which requires those with evidence of treason to act. The implications are enormous and may have profound impact on the forthcoming Khalid Sheik Mohammed trial.”

There is now an organization, Firefighters for 9/11 Truth. At the main press conference in San Francisco, Eric Lawyer, the head of that organization, announced the firefighters’ support for the architects and engineers’ demands. He reported that no forensic investigation was made of the fires that are alleged to have destroyed the three buildings and that this failure constitutes a crime.

Mandated procedures were not followed, and instead of being preserved and investigated, the crime scene was destroyed. He also reported that there are more than one hundred first responders who heard and experienced explosions and that there is radio, audio and video evidence of explosions.

Also at the press conference, physicist Steven Jones presented the evidence of nano-thermite in the residue of the WTC buildings found by an international panel of scientists led by University of Copenhagen nano-chemist Professor Niels Harrit. Nano-thermite is a high-tech explosive/pyrotechnic capable of instantly melting steel girders.

Before we yell “conspiracy theory,” we should be aware that the architects, engineers, firefighters, and scientists offer no theory. They provide evidence that challenges the official theory. This evidence is not going to go away.

If expressing doubts or reservations about the official story in the 9/11 Commission Report makes a person a conspiracy theory kook, then we have to include both co-chairmen of the 9/11 Commission and the Commission’s legal counsel, all of whom have written books in which they clearly state that they were lied to by government officials when they conducted their investigation, or, rather, when they presided over the investigation conducted by executive director Philip Zelikow, a member of President George W. Bush’s transition team and Foreign Intelligence Advisory Board and a co-author of Bush Secretary of State Condi “Mushroom Cloud” Rice.

There will always be Americans who will believe whatever the government tells them no matter how many times they know the government has lied to them. Despite expensive wars that threaten Social Security and Medicare, wars based on non-existent Iraqi weapons of mass destruction, non-existent Saddam Hussein connections to al Qaida, non-existent Afghan participation in the 9/11 attacks, and the non-existent Iranian nukes that are being hyped as the reason for the next American war of aggression in the Middle East, more than half of the U.S. population still believes the fantastic story that the government has told them about 9/11, a Muslim conspiracy that outwitted the entire Western world.

Moreover, it doesn’t matter to these Americans how often the government changes its story. For example, Americans first heard of Osama bin Laden because the Bush regime pinned the 9/11 attacks on him. Over the years video after video was served up to the gullible American public of bin Laden’s pronouncements. Experts dismissed the videos as fakes, but Americans remained their gullible selves. Then suddenly last year a new 9/11 “mastermind” emerged to take bin Laden’s place, the captive Khalid Sheik Mohammed, the detainee waterboarded 183 times until he confessed to masterminding the 9/11 attack.

In the Middle Ages confessions extracted by torture constituted evidence, but self-incrimination has been a no-no in the U.S. legal system since our founding. But with the Bush regime and the Republican federal judges, whom we were assured would defend the U.S. Constitution, the self-incrimination of Sheik Mohammed stands today as the only evidence the U.S. government has that Muslim terrorists pulled off 9/11.

If a person considers the feats attributed to Khalid Sheik Mohammed, they are simply unbelievable. Sheik Mohammed is a more brilliant, capable superhero than V in the fantasy movie, “V for Vendetta.” Sheik Mohammed outwitted all 16 U.S. intelligence agencies along with those of all U.S. allies or puppets, including Israel’s Mossad. No intelligence service on earth, or all of them combined, was a match for Sheik Mohammed.

Sheik Mohammed outwitted the U.S. National Security Council, Dick Cheney, the Pentagon, the State Department, NORAD, the U.S. Air Force, and Air Traffic Control. He caused Airport Security to fail four times in one morning. He caused the state-of-the-art air defenses of the Pentagon to fail, allowing a hijacked airliner, which was off course all morning while the U.S. Air Force, for the first time in history, was unable to get aloft interceptor aircraft, to crash into the Pentagon.

Sheik Mohammed was able to perform these feats with unqualified pilots.

Sheik Mohammed, even as a waterboarded detainee, has managed to prevent the FBI from releasing the many confiscated videos that would show, according to the official story, the hijacked airliner hitting the Penagon.

How naive do you have to be to believe that any human, or for that matter Hollywood fantasy character, is this powerful and capable?

If Sheik Mohammed has these superhuman capabilities, how did the incompetent Americans catch him? This guy is a patsy tortured into confession in order to keep the American naifs believing the government’s conspiracy theory.

What is going on here is that the U.S. government has to bring the 9/11 mystery to an end. The government must put on trial and convict a culprit so that it can close the case before it explodes. Anyone waterboarded 183 times would confess to anything.

The U.S. government has responded to the evidence being arrayed against its outlandish 9/11 conspiracy theory by redefining the war on terror from external to internal enemies. Homeland Security Secretary Janet Napolitano said on February 21 that American extremists are now as big a concern as international terrorists. Extremists, of course, are people who get in the way of the government’s agenda, such as the 1,000 Architects and Engineers for 9/11 Truth. The group used to be 100, now it is 1,000. What if it becomes 10,000?

Cass Sunstein, an Obama regime official, has a solution for the 9/11 skeptics: Infiltrate them and provoke them into statements and actions that can be used to discredit or to arrest them. But get rid of them at all cost.

Why employ such extreme measures against alleged kooks if they only provide entertainment and laughs? Is the government worried that they are on to something?

Instead, why doesn’t the U.S. government simply confront the evidence that is presented and answer it?

If the architects, engineers, firefighters, and scientists are merely kooks, it would be a simple matter to acknowledge their evidence and refute it. Why is it necessary to infiltrate them with police agents and to set them up?

Many Americans would reply that “their” government would never even dream of killing Americans by hijacking airliners and destroying buildings in order to advance a government agenda. But on February 3, National Intelligence Director Dennis Blair told the House Intelligence Committee that the U.S. government can assassinate its own citizens when they are overseas. No arrest, trial, or conviction of a capital crime is necessary. Just straight out murder.

Obviously, if the U.S. government can murder its citizens abroad it can murder them at home, and has done so. For example, 100 Branch Davidians were murdered in Waco, Texas, by the Clinton administration for no legitimate reason. The government just decided to use its power knowing that it could get away with it, which it did.

Americans who think “their” government is some kind of morally pure operation would do well to familiarize themselves with Operation Northwoods. Operation Northwoods was a plot drawn up by the U.S. Joint Chiefs of Staff for the CIA to commit acts of terrorism in American cities and fabricate evidence blaming Castro so that the U.S. could gain domestic and international support for regime change in Cuba. The secret plan was nixed by President John F. Kennedy and was declassified by the John F. Kennedy Assassination Records Review Board. It is available online in the National Security Archive. There are numerous online accounts available, including Wikipedia. James Bamford’s book, Body of Secrets, also summarizes the plot:

“Operation Northwoods, which had the written approval of the Chairman [Gen. Lemnitzer] and every member of the Joint Chiefs of Staff, called for innocent people to be shot on American streets; for boats carrying refugees fleeing Cuba to be sunk on the high seas; for a wave of violent terrorism to be launched in Washington, D.C., Miami, and elsewhere. People would be framed for bombings they did not commit; planes would be hijacked. Using phony evidence, all of it would be blamed on Castro, thus giving Lemnitzer and his cabal the excuse, as well as the public and international backing, they needed to launch their war.”

Prior to 9/11 the American neoconservatives were explicit that the wars of aggression that they intended to launch in the Middle East required “a new Pearl Harbor.”

For their own good and that of the wider world, Americans need to pay attention to the growing body of experts who are telling them that the government’s account of 9/11 fails their investigation.

9/11 launched the neoconservative plan for U.S. world hegemony. As I write, the U.S. government is purchasing the agreement of foreign governments that border Russia to accept U.S. missile interceptor bases. The U.S. intends to ring Russia with U.S. missile bases from Poland through central Europe and Kosovo to Georgia, Azerbaijan and central Asia. U.S. envoy Richard Holbrooke declared on February 20 that al Qaida is moving into former central Asian constituent parts of the Soviet Union, such as Tajikistan, Kyrgyzstan, Uzbekistan, Turkmenistan, and Kazakhstan. Holbrooke is soliciting U.S. bases in these former Soviet republics under the guise of the ever-expanding “war on terror.”

The U.S. has already encircled Iran with military bases. The U.S. government intends to neutralize China by seizing control over the Middle East and cutting China off from oil.

This plan assumes that Russia and China, nuclear armed states, will be intimidated by U.S. anti-missile defenses and acquiesce to U.S. hegemony and that China will lack oil for its industries and military.

The U.S. government is delusional. Russian military and political leaders have responded to the obvious threat by declaring NATO a direct threat to the security of Russia and by announcing a change in Russian war doctrine to the pre-emptive launch of nuclear weapons. The Chinese are too confident to be bullied by a washed-up American “superpower.”

The morons in Washington are pushing the envelope of nuclear war. The insane drive for American hegemony threatens life on earth. The American people, by accepting the lies and deceptions of “their” government, are facilitating this outcome.