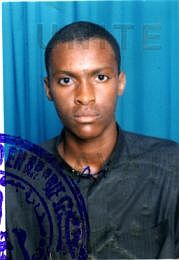 Dismal news from Chad, where Reprieve, the legal action charity whose lawyers represent dozens of Guantánamo prisoners, reports that the Chadian government is failing to provide any support whatsoever to Mohammed El-Gharani, who was released from the prison in June this year.

Once Guantánamo’s youngest prisoner (out of at least 22 juveniles held in the prison), Mohammed El-Gharani was seized in Pakistan at the age of 14, and was horribly abused in US custody — both in Afghanistan and Guantánamo — until his release, which finally took place five months after District Court Judge Richard Leon ruled that the government had failed to establish a case against him, having relied on demonstrably unreliable witnesses whose lack of credibility had been noted by its own representatives.

El-Gharani was raised in Saudi Arabia, where his parents still live, but the Saudi authorities refused to accept him, and Reprieve has revealed that the Chadian government has refused to issue him a passport, so that he is unable to be reunited with his family, and is also unable to seek medical attention for “a crippling spine injury” caused by his long years of abuse in US custody. As Reprieve explained in a statement, the Chadian government’s position has ensured that El-Gharani “remains impoverished and emotionally isolated.”

Reprieve is not the only organization to take an interest in El-Gharani’s plight. Manfred Novak, the UN Special Rapporteur on Torture, has urged the Chadian government to provide him “with a passport and to permit his travelling abroad for receiving appropriate medical and psychological torture rehabilitation treatment.” Novak added, “I am particularly concerned about the fate of Gharani, who began his captivity as a teenager, was still a child when transferred to Guantánamo and who has lost some of his most important years of adolescence in illegal detention.”

In a telephone interview with the Associated Press, El-Gharani explained that he relied on “handouts from friends” to support himself. “I’m still not free,” he said. “I have no job. I have a hard time to find somewhere to live.” He added, poignantly, “I’m innocent. I have done nothing to anyone. I should be able go to see my family.”

A week after El-Gharani’s release from Guantánamo, as I reported at the time,

Chris Chang, an investigator with Reprieve, and Ahmed Ghappour, an attorney, returned yesterday from a trip to Chad in which they had hoped to celebrate Mohammed’s freedom, but were “dismayed and disappointed” to discover that he is now a prisoner of the Chadian authorities, “sleeping on a cot in a police station while his family waits anxiously outside.” They added, “Mohammed cannot leave the main police headquarters without authorization from the Head of the Judicial Police, and even after obtaining that permission he is accompanied by a police officer wherever he goes. He has asked on several occasions to be released and reunited with his family but continues to be told, ‘Just another night, Mohammed.’” They also said that there has been no public announcement in Chad regarding his return and that he has been forbidden from speaking to the media.

Perhaps due to pressure from Reprieve, he was then released, and handed over to his uncle, but as the AP reported, without a passport or an identity card, it was impossible for him even to enrol in a class to study English. He was then mugged by a group of armed men who, ironically, thought that he had received “a multi-million dollar settlement as compensation for his imprisonment.”

Chris Chang, who has returned to Chad in an effort to help El-Gharani, explained that he was recently given an identity card, but added that the government was “still resisting calls” to issue him with a passport. This was disputed by Youssouf Takane, Chad’s deputy ambassador to the United States, who told Reuters that he would be issued with a passport in due course. “The Chadian government cannot deprive Gharani of his citizenship or his rights of citizenship,” he said, adding, “It is maybe a question of time. There are a few minor security matters to be addressed. The authorities will accelerate this issue.”

In Chris Chang’s opinion, however, the truth may be rather darker. “It stinks somewhat of an agreement between the Chadians and the Americans to restrict his movements,” he told the AP by telephone from the Chadian capital N’Djamena, as he prepared to visit the passport office to exert pressure on officials.

This is not the first time that Mohammed El-Gharani’s plight has been noted since his release from police custody in June. In July, at the launch of the Guantánamo Justice Centre, a project established by former prisoners, one of whose aims is to “assist former prisoners to reintegrate into society in a positive and peaceable manner, many of them in countries with limited available resources, and with governments hostile to human rights,” former prisoner Binyam Mohamed stated that he had recently spoken on the phone to El-Gharani, and explained that he was now “sleeping on the streets, rejected by his family, branded as a terrorist although he was released by the US and cleared of any wrong-doing.” He added, “I realized that he can not talk to others, like his lawyers, as he can to me, so I have to speak out for him here.”

To support the Guantánamo Justice Centre, please visit their website.