Another War in the Works 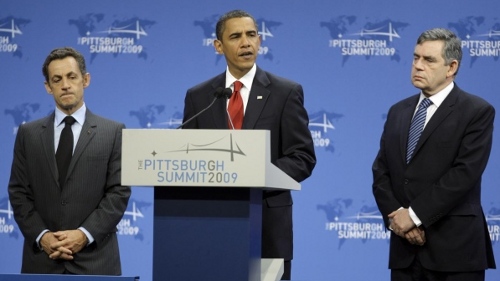 America Is Led And Informed By Liars

Does anyone remember all the lies that they were told by President Bush and the “mainstream media” about the grave threat to America from weapons of mass destruction in Iraq?  These lies were repeated endlessly in the print and TV media despite the reports from the weapons inspectors, who had been sent to Iraq, that no such weapons existed.

The weapons inspectors did an honest job in Iraq and told the truth, but the mainstream media did not emphasize their findings.  Instead, the media served as a Ministry of Propaganda, beating the war drums for the US government.

Now the whole process is repeating itself.  This time the target is Iran.

As there is no real case against Iran, Obama took a script from Bush’s playbook and fabricated one.

First the facts: As a signatory to the non-proliferation treaty, Iran’s nuclear facilities are open to inspection by the International Atomic Energy Agency, which carefully monitors Iran’s nuclear energy program to make certain that no material is diverted to nuclear weapons.

The IAEA has monitored Iran’s nuclear energy program and has announced repeatedly that it has found no diversion of nuclear material to a weapons program.  All 16 US intelligence agencies have affirmed and reaffirmed that Iran abandoned interest in nuclear weapons years ago.

In keeping with the safeguard agreement that the IAEA be informed before an enrichment facility comes online, Iran informed the IAEA on September 21 that it had a new nuclear facility under construction.  By informing the IAEA, Iran fulfilled its obligations under the safeguards agreement.  The IAEA will inspect the facility and monitor the nuclear material produced to make sure it is not diverted to a weapons program. 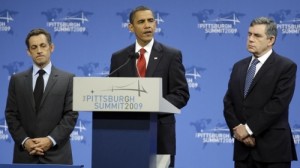 Despite these unequivocal facts, Obama announced on September 25 that Iran has been caught with a “secret nuclear facility” with which to produce a bomb that would threaten the world.

that Iran “come clean” about the nonexistent program, adding that he does not rule out a military attack on Iran, Obama mimics the discredited Bush regime’s use of nonexistent Iraqi “weapons of mass destruction” to set up Iraq for invasion.

The US media, even the “liberal” National Public Radio, quickly fell in with the Obama lie machine. Steven Thomma of the McClatchy Newspapers declared the non-operational facility under construction, which Iran reported to the IAEA, to be “a secret nuclear facility.”

Thomma, reported incorrectly  that the world didn’t learn of Iran’s “secret” facility, the one that Iran reported to the IAEA the previous Monday, until Obama announced it in a joint appearance in Pittsburgh the following Friday with British Prime Minister Gordon Brown and French President Nicolas Sarkoszy.

Obviously, Thomma has no command over the facts, a routine inadequacy of “mainstream media” reporters.  The new facility was revealed when Iran voluntarily reported the facility to the IAEA on September 21.

Ali Akbar Dareini, an Associated Press writer, reported, incorrectly, over AP:  “The presence of a second uranium-enrichment site that could potentially produce material for a nuclear weapon has provided one of the strongest indications yet that Iran has something to hide.”

Dareini goes on to write that “the existence of the secret site was first revealed by Western intelligence officials and diplomats on Friday.”  Dareini is mistaken. We learned of the facility when the IAEA announced that Iran had reported the facility the previous Monday in keeping with the safeguards agreement.

Dareini’s untruthful report of “a secret underground uranium enrichment facility whose existence has been hidden from international inspectors for years” helped to heighten the orchestrated alarm.

There you have it.  The president of the United States and his European puppets are doing what they do best–lying through their teeth. The US “mainstream media” repeats the lies as if they were facts. The US “media” is again making itself an accomplice to wars based on fabrications.  Apparently, the media’s main interest is to please the US government and hopefully obtain a taxpayer bailout of its failing print operations.

Dr. Mohamed ElBaradei, Director General of the International Atomic Energy Agency,  a rare man of principle who has not sold his integrity to the US and Israeli governments, refuted in his report (September 7, 2009) the baseless “accusations that information has been withheld from the Board of Governors about Iran’s nuclear programme. I am dismayed by the allegations of some Member states, which have been fed to the media, that information has been withheld from the Board.  These allegations are politically motivated and totally baseless. Such attempts to influence the work of the Secretariat and undermine its independence and objectivity are in violation of Article VII.F. of the IAEA Statute and should cease forthwith.”

As there is no legal basis for action against Iran, the Obama regime is creating another hoax, like the non-existent “Iraqi weapons of mass destruction.”  The hoax is that a facility, reported to the IAEA by Iran, is a secret facility for making nuclear weapons.

Like the Bush Regime, the Middle East policy of the Obama Regime is based in lies and deception.

Who is the worst enemy of the American people, Iran or the government in Washington and the media whores who serve it?