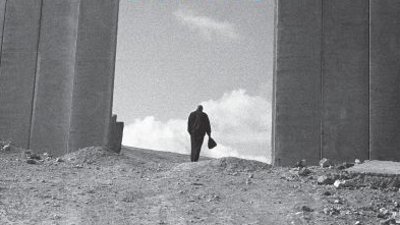 This is a rather oily work to deal with, operating under the pretence of academic objectivity that “does not flatter anyone’s prejudices.” And while Benny Morris obviously knows his historical facts, One State, Two States reveals more of a prejudice than the original reviewers seemed capable of understanding. 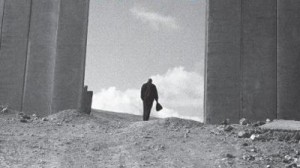 The main theme – resolving the Israeli/Palestine conflict – is poorly introduced without a lot of contextual information that could change the reader’s perspective on the situation.  What Morris arrives at through implication and cherry picking information is that the Israelis are the good guys (generally, with only one mention of the “grinding, stifling Israeli occupation of the territories” near the end of the book) and the Palestinians are the reluctant, recalcitrant, demagogic perpetrators of evil. Okay, that is overstated, but it is an overstatement as an example of the kind of language used occasionally by Morris that seriously erodes his academic pretensions of neutrality.

There are several faults with the development of his arguments that should be noted, some being omissions of information, others being a working of the information to fit the author’s preconceptions.

One of the more subtle misinformation themes is that of the ongoing dialogue of whatever form, through negotiations, written tracts, informal talks or whatever, that leaves the implication that the two sides – Israelis and Palestinians – are equal partners in the negotiations, with an occasional underlying motive of the adaptations the Israelis have to make in order to accommodate the Palestinians’ demands. An informed reader will understand that the two sides are far from equal and even from the very beginning with the support of the Balfour Declaration (never an official government policy) and the British rule of Mandatory Palestine, the Jewish settlers had a bias in their favor.

The continual complaints of the Israelis that the Palestinians have no leaders needs to be put beside the information that the Israelis assassinate as many of the Palestinian leaders as they deem necessary or possible. Historically this also occurred during the Arab revolt in the 1930s. After the recent democratic elections of Hamas in 2006, Morris’ argument is that Hamas set up government then took over Gaza. What is not mentioned is that the U.S., the EU, and a few others never recognized the democratic process that they had so long advocated in the region, stopped their already minimal funding to the Palestinian government and did everything in their power to alienate and eliminate Hamas from the Palestinian government. Thus the democratically elected partners were not ever accepted as anyone worth negotiating with, yet in contradiction to Morris’ own suggestions, successful negotiations with terrorists have occurred elsewhere (South Africa, Ireland).

Anyone reading this as their first history book on the Israeli/Palestine situation would receive this bias along with the associated bias of the Palestinians being the terrorists, the Israelis the victims of that terror. Yet as much as the British assisted the Jewish settlers to a degree, the settlers were also considered terrorists in their own fight as in later years they fought with the British in order to establish their own dominance of the territory. As for later terrorism, the only terrorism mentioned by Morris is that perpetrated by Hamas and Fatah, without any mention of the Israeli tactics in the occupied territories that could also be fully considered as terror.

Much of the history of the conflict elucidated by Morris is that of the 1920s and 1930s with very short shrift given to the actual war of independence/nakba of 1947-8 and the subsequent developments through to the Clinton-Arafat-Barak negotiations whose failure Morris places squarely and completely on Arafat. Most of the quotes throughout his development are chosen to highlight the single minded non-democratic desire of the Arabs to push the Zionists back into the ocean (his definition of their one state solution), and the benign nature of the Jewish response in accommodating and accepting a two state solution (demonstrating how peaceful and practical the Israelis are by contrast).

Again for the informed reader, this one state, two state polarity is nonsense. The Zionist plans have always accounted for a monolithic Jewish state from the Mediterranean to the Jordan River, although earlier versions included the east bank of the Jordan as well. The means used and posited to establish that have varied from outright expulsion, to murder and assassination, to transfer of populations. The latter, the transfer of people, is strangely enough part of Morris’ solution to the problem of the one state, two state argument.  Ethnic cleansing is very much a part of the Israeli unstated belief system, ready to raise its ugly head if a convenient opportunity arises. Morris also ignores the current Liebermann-Netanyahu coalition and its rather overt witness to this underlying theme. Admittedly this is a very recent work, but several other less recent works have at least included this in their discussions in light of the 2006 Hezbollah war and the 2008 Christmas attack on Gaza.

At the same time, in spite of Morris’ arguments that the charter of the PLO and of Hamas have never been changed, both groups have demonstrated their ability to accommodate and be flexible towards the idea of a two state solution. Morris defines the Camp David agreement as being one of concessions from Israel – without considering that for the Palestinians to accept a nominal sovereignty they had already conceded eighty per cent of their original territory to the Jewish people and would have to accept less with that accord (notwithstanding the offer of land elsewhere, land certainly of much less value than that stolen by the settlers in the West Bank).

Arab Terror and the Holocaust

A rather transparent attempt is made by Morris to conflate the Holocaust with many of the incidents perpetrated by the Arabs before the Second World War. There is no direct connection, but the juxtaposition and wording of his writing would leave a reader with the impression that the acts of aggression against the Jewish settlers were of the same calibre and intent of the Holocaust under Nazi Germany. This not so subtle connection only serves to make the whole argument one not of fact and historical record, but one of emotion and sentiment based on the justified grievances of Jewish genocide in the Second World War. Its intent is of course to create a sympathetic response in the reader to the plight of the Jewish people, a response that is only justifiable if it is not used an excuse for Jewish excesses (which are not elucidated by Morris at all) and the Zionist desire for a pure theocratic Jewish state in Eretz Israel.

Christianity is mentioned in the book as being oppressed by the Arabs as well. The argument ignores much more fully developed information that indicates that the Israeli government is an equal opportunity oppressor, as convenient, and the exodus of Christians is as much if not more about Israeli policies towards Christians as towards any other group that could interfere with their desired Jewish state.