Keeping Track of the Empire’s Crimes 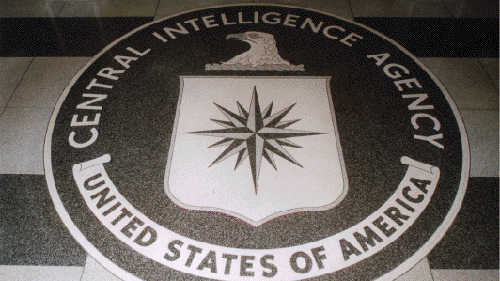 If you catch the CIA with its hand in the cookie jar and the Agency admits the obvious — what your eyes can plainly see — that its hand is indeed in the cookie jar, it means one of two things: a) the CIA’s hand is in several other cookie jars at the same time which you don’t know about and they hope that by confessing to the one instance they can keep the others covered up; or b) its hand is not really in the cookie jar — it’s an illusion to throw you off the right scent — but they want you to believe it. 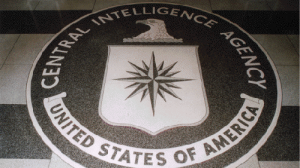 There have been numerous news stories in recent months about secret CIA programs, hidden from Congress, inspired by former vice-president Dick Cheney, in operation since the September 11 terrorist attacks, involving assassination of al Qaeda operatives or other non-believers-in-the-Empire abroad without the knowledge of their governments. The Agency admits to some sort of program having existed, but insists that it was canceled; and if it was an assassination program it was canceled before anyone was actually assassinated. Another report has the US military, not the CIA, putting the plan — or was it a different plan? — into operation, carrying out several assassinations including one in Kenya that proved to be a severe embarrassment and helped lead to the quashing of the program.[1]

All of this can be confusing to those following the news. And rather irrelevant. We already know that the United States has been assassinating non-believers, or suspected non-believers, with regularity, and impunity, in recent years, using unmanned planes (drones) firing missiles, in Yemen, Afghanistan, Pakistan, and Somalia, if not elsewhere. (Even more victims have been produced from amongst those who happened to be in the same house, car, wedding party, or funeral as the non-believer.) These murders apparently don’t qualify as “assassinations”, for somehow killing “terrorists” from 2000 feet is morally and legally superior to doing so from two feet away.

But whatever the real story is behind the current rash of speculation, we should not fall into the media’s practice of at times intimating that multiple or routine CIA assassination attempts would be something shocking or at least very unusual.

I’ve compiled a list of CIA assassination attempts, successful and unsuccessful, against prominent foreign political figures, from 1949 through 2003, which, depending on how you count it, can run into the hundreds (targeting Fidel Castro alone totals 634 according to Cuban intelligence)[2]; the list can be updated by adding the allegedly al Qaeda leaders among the drone attack victims of recent years. Assassination and torture are the two things governments are most loath to admit to, and try their best to cover up. It’s thus rare to find a government document or recorded statement mentioning a particular plan to assassinate someone. There is, however, an abundance of compelling circumstantial evidence to work with. The list can be found here.

For those of you who collect lists about splendid US foreign policy post-World War II, here are a few more that, lacking anything better to do, I’ve put together: Attempts to overthrow more than 50 foreign governments, most of which had been democratically-elected.

After his June 4 Cairo speech, President Obama was much praised for mentioning the 1953 CIA overthrow of Iranian prime minister Mohammed Mossadegh. But in his talk in Ghana on July 11 he failed to mention the CIA coup that ousted Ghanian president Kwame Nkrumah in 1966[3], referring to him only as a “giant” among African leaders. The Mossadegh coup is one of the most well-known CIA covert actions. Obama could not easily get away without mentioning it in a talk in the Middle East looking to mend fences. But the Nkrumah ouster is one of the least known; indeed, not a single print or broadcast news report in the American mainstream media saw fit to mention it at the time of the president’s talk. Like it never happened.

And the next time you hear that Africa can’t produce good leaders, people who are committed to the welfare of the masses of their people, think of Nkrumah and his fate. And think of Patrice Lumumba, overthrown in the Congo 1960-61 with the help of the United States; Agostinho Neto of Angola, against whom Washington waged war in the 1970s, making it impossible for him to institute progressive changes; Samora Machel of Mozambique against whom the CIA supported a counter-revolution in the 1970s-80s period; and Nelson Mandela of South Africa (now married to Machel’s widow), who spent 28 years in prison thanks to the CIA.[4]