The Israeli Conundrum: ‘How to Deal with Iran’ 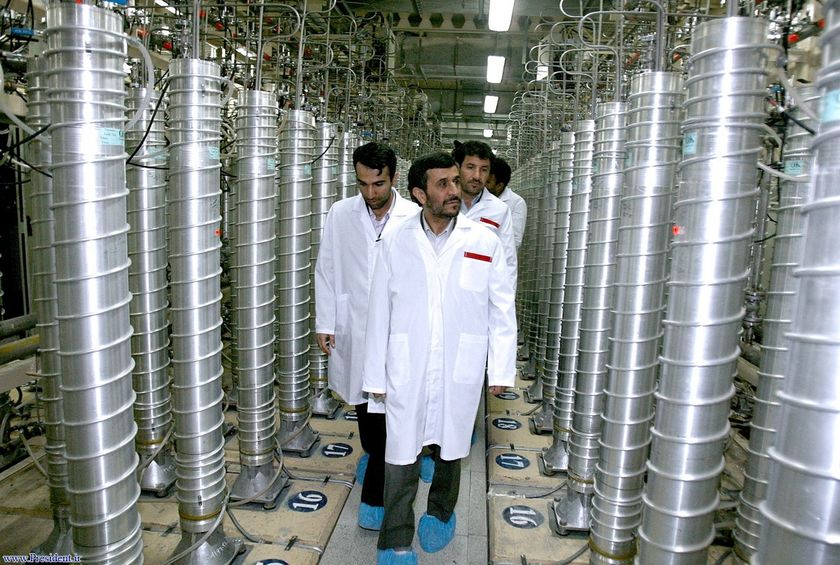 Israeli officials are facing a conundrum that may take more than military muscle-flexing to resolve. The problem is ‘how to deal with Iran’. The solution to this dilemma will require no less than sheer political genius.

It must be frustrating for Israeli policymakers and their friends and backers elsewhere to stand idle as Iran openly carries on with its nuclear enrichment program, facing nothing but US and European chest-thumping and a mere threat of more sanctions, which will unlikely bend Iranian resolve. 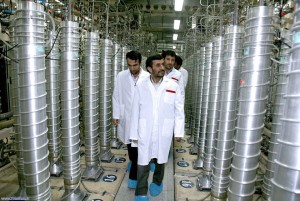 It’s doubly frustrating considering the relative ease that lead the US, its timid coalition and Israeli cheerleaders to unleash a war against Iraq. Alas, those days are long gone. Now, the US is anxiously cloaking its failure in Iraq by pressing the need to tend to more urgent battles elsewhere, namely Afghanistan.

Regardless of why the US targeted Iraq, and why it’s objectives were not met, Israel’s own calculations were a surprising success, as the Iraqi menace (manufactured or real) has been eliminated, and the ghost of chaos will likely haunt that unfortunate country for years to come.

Now, it’s Iran’s turn. In fact it has been Iran’s turn for years, but nothing seems to be moving on that front. If the Iraq experiment was successful, the US would have definitely jumped at the opportunity to trample Iran, an oil-rich country with crucially strategic positioning. Controlling Iran would have been the missing piece of the puzzle that would push the borders of US control and influence to lock horns, if necessary with the emerging Asian giants, and of course, Russia. But a US military move against Iran, under the current circumstances is no less than military suicide. Iraq has established the limits of US military capabilities, inspiring the Taliban to ascertain their own. July 2009 has gone down in history as the month with the highest causalities among US forces. Deadly July is promising many repeats as daring Taliban and all sorts of tribal militias in Afghanistan emerge stronger and savvier than before.

A large US scale military attack, and needless to say, invasion and subsequent occupation of Iran is simply unfeasible. If such imprudence ever actualized, all hell would break loose in Iraq as well, considering the solid political and sectarian ties that unite both countries, which also share an infinite border.

This is precisely the source of frustration among Israeli officials, who have counted on US military generosity to bully Israel’s enemies, or, as was the case in Iraq, to take them down.

Israeli frustration must’ve also turned into sheer rage when Hillary Clinton once more brought up the subject of a “defense umbrella” over the Middle East to shield it from a future nuclear Iran. “If the United States extends a defense umbrella over the region, if we do even more to develop the military capacity of those in the Gulf, it is unlikely that Iran will be any stronger or safer because they won’t be able to intimidate and dominate as they apparently believe they can once they have a nuclear weapon,” she was quoted as saying in a Thai television interview. Clinton’s reinvention of the defense umbrella idea – introduced in a March 4th report by a pro-Israeli think tank, Washington Institute on Near East Policy (WINEP) – stands at odds with her enthusiastic promise to “totally obliterate” Iran should it attack Israel, while trying to lure in supporters during her last year’s run for presidential nomination. It seems that the US – despite the use of threatening language – is edging towards living with and “containing” a nuclear Iran, but, expectedly, Israel is not.

The right-wing government of Israeli Prime Minister Benjamin Netanyahu is now maneuvering to entice a tougher US position towards Iran, especially as the recent internal destabilization of the Islamic Republic failed to deliver. Israeli maneuvers are both political and military. The Times reported on a quid pro quo deal where Israeli “concessions” regarding its illegal settlements in occupied Palestinian territories are to be reciprocated with Western nod for an Israeli strike on Iran’s nuclear facilities. “Israel has chosen to place Iranian threat over its settlements,” a senior EU diplomat told The Times on July 16.

That political scheme was supplemented by a show of force, as two Israeli missile class warships and a submarine capable of launching a nuclear missile strike were reportedly permitted to sail through the Egyptian Suez Canal for the first time. The unprecedented deployment into the Red Sea was meant as a signal that Iran is within Israeli range. The message, however, carried perhaps a deeper political meaning that Israel is capable of striking Iran with the help of regional allies. In other words, Israel is hardly the isolated party in this conflict. More, considering serious US attempts aimed at weakening the Syria-Iran alliance, the Suez Canal message was even more politically loaded, although its military value is yet to be determined.

Militarily, things are not very promising, as the highly touted Israeli military exercise – conducted recently in the United States – registered little success. Israel called off tests of its Arrow anti-missile system due to technical problems. The Arrow program, which is half-funded by the United States, is meant to intercept and destroy such Iranian missiles as Shehab-3.

As the US military option against Iran largely dissipates, Israel’s frustration and worries grow. If Iran is not neutralized militarily – as the US did Iraq – then a nuclear Iran is a matter of time. If Israel strikes Iran, there are no guarantees that such an act – which will certainly harm US strategic interests – will in any way destroy, or even slow down the Iranian nuclear program.

The US and its European allies seem out of ideas regarding ‘how to deal with Iran’, leaving Israel with a major conundrum: either living in the shadow of a nuclear Iran, as a long-term regional power, or striking the Islamic Republic with the hope that its erroneously perceived ‘shaky’ regime will quickly crumble, leaving the US to pick up the pieces, and the whole region to deal with the chaos that will surely follow.